The Indian men’s and women’s chess teams are off to Batumi in Georgia to take part in the 43rd Chess Olympiad, which is the Olympics equivalent in chess. There are high hopes of a medal as it is being touted as the strongest Indian contingent to be sent at the Olympiad ever. The Indian Men’s team includes Pentala Harikrishna, Vidit Santosh Gujrathi, Baskaran Adhiban, K Sasik and legend Viswanathan Anand. The women’s team is made up of Koneru Humpy, Dronavalli Harika, Eesha Karvade, Padmini Rout and Tania Sachdev.

A grand felicitation event was organized by Ramco Systems, one of India’s leading enterprise software companies. The wellwishers present included the President of All India Chess Federation (AICF) — P.R Venketrama Raja, and the Secretary of AICF — Mr Bharat Chauhan, among many other known personalities.

Even though the Indian Men’s and Women’s team have been taking part in the Chess Olympiad since quite a long time, the only medal was brought home by the men’s team — consisting of Parimarjan Negi, Sethuraman Panayappan Sethuraman, Krishnan Sasikiran, Baskaran Adhiban, and M.R.Lalit Babu — in 2014.

Meanwhile, the best ever finish for the women’s team is fourth (in 2012). Vishy Anand, as the current World Number 10 is popularly known, said, “I must say that this time I have very positive feelings. I have never experienced such a professional organization on the eve of an Olympiad.”

“This time, the AICF, with the support of Ramco systems, has really made all the arrangments really comfortable for the players. It has to be said that even without my participation the team has set a very high bar. The Olympiad is an extremely difficult event. There are no real favourites in it and we will have to fight for it every day,” he added.

The people attending Ramco’s send off ceremony were in for a treat. Viswanathan Anand showed exactly how brilliant he can be after he played multiple opponents in a seemingly quick fashion.

When asked why he had decided to join the team after a gap of 12 years, the stalwart Anand answered, “I can not say one particular factor influenced my decision. It is simply that I have a good rapport with the team as we have played several rapid tournaments together. I see them very often and a couple of them have been my seconds. The Chess Federation were very proactive and they approached me very early on. It is also an obligation as I feel the chess community has been really positive and I wish to add to that.”

“I am already joining a team which has set a high benchmark. I will try and see what is the dynamic they have established and fit into it myself. They have more recent playing experience and I hope to bring myself up to speed with them,” the legendary Chess player signed off. There has clearly been tremendous support from the Federation and they have left no stone unturned to ensure that the players receive the best of training. United States of America, Russia, China, and Ukraine are the teams which India will have to watch out for.

The women’s team is seeded 5th. The bonding in the team was clearly visible as they all were seen cracking jokes and pulling each other’s leg at the event. International Master (IM) and Woman Grandmaster, Tania Sachdev said, “What we want to do is give our best. Hopefully, that would be good enough to get a medal back for our country.” Humpy will be playing on the first board for the Women’s team, and knowing the legend she is — it will certainly be a huge motivating factor for the rest of the players.

The team coach R.B Ramesh also has high hopes from his players. “The Federation has really surpassed all our expectations this time. The expectations are naturally very high but there is excitement as well. We have the best teams possible and there are extremely positive vibes,” shared Ramesh.

3 training camps were conducted for the best possible preparation. Scottish coach Jacob Aagaard is also someone to be credited for all the positive energy flowing in the camp. The best quality of the Indian team has been consistency. The initial aim will be to get to the 8th or 9th round and get a clearer idea of what their chances are. Now is the time the players to just go there and play their game.

While the COVID-19 pandemic resulted in shelving active sports across the globe, ELMS Sports Foundation bolstered initiatives at grassroot-level training among Indian schools and...
Read more
Others

At times, athletes wish to express their identities and beliefs while on and off the playing field. But we must also recognize that their...
Read more
Others

5 Indian sportswomen who voiced their thoughts on equal pay

A BBC report in March found out an overwhelming majority of Indians said women athletes should receive equal pay as the males but 38 per cent...
Read more
News

Relieved that it can now grant recognition to national sports federations without seeking the Delhi High court's consent, the sports ministry is gearing up...
Read more
News

In a relief to the Centre and the Indian Olympic Association (IOA), the Supreme Court said on Thursday that they are not required to...
Read more
Badminton

With the 2020 Tokyo Olympics scheduled to kick off in July next year, India’s primary medal hopefuls have less than a year to prepare...
Read more
142,050FansLike
13,682FollowersFollow
7,873FollowersFollow 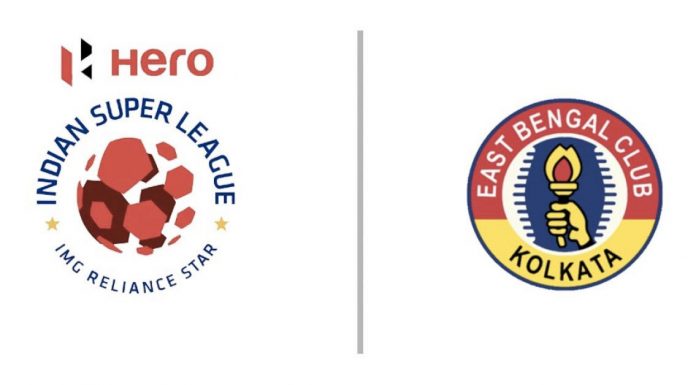 Sayan Chatterjee - Modified date: September 24, 2020
Back in the August, when West Bengal Chief Minister Mamata Banerjee intervened to ensure new sponsors for Kolkata football giants East Bengal FC, there was still a long, hard road left for the club to register itself amongst the participating teams for this season’s...
Read more