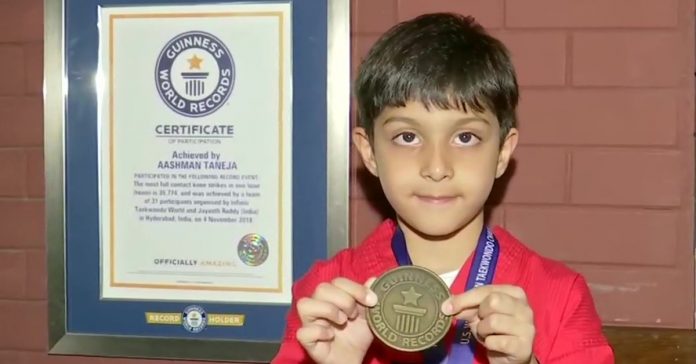 A five-year-old boy named Aashman Taneja has made his way to the Guinness Book of World Records for the most full contact knee strikes in one-hour non-stop in Taekwondo. He successfully achieved more than 1,200 knee strikes.

Ashish Taneja, father of Aashman Taneja told ANI, “My son practiced a lot for the world record, he was inspired by his sister and started training earlier. He was the youngest child to achieve the record.”

“My son is now practising for another Guinness world record and we hope that he will achieve it,” he said.

He started training alongside his sister and after a year, he was selected to get trained under Grand Master M Jayanth Reddy for 2 hours. Reddy, for records, is 29 times Guinness World Record holder and 12 times US Presidential award holder.

Aashman is a grade 1 student at Oakridge, one of the most reputed schools in Hyderabad. School Director, Devidutta Kanungo, writing on the school’s official website, said,

“The balance between sports, extracurriculars and academics achievements is critical for the overall development of the child. The 21st-century achiever is one who has understood how to balance the muscles and the brain. Aashman is one of such students, who at a very early age has learned to maintain this balance. Oakridge, as a practice, has always encouraged the children to pursue sports, and teachers are always extremely supportive in helping our little sportsmen and sportswomen in catching up with their academics.” 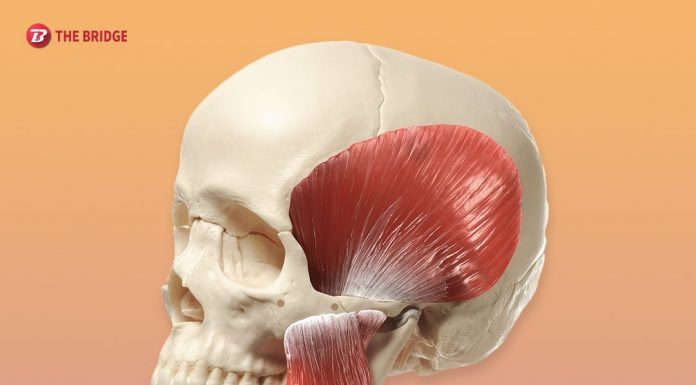