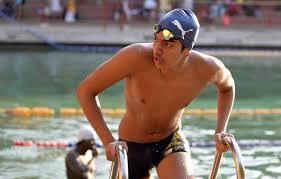 Srihari Nataraj and Maana Patel took India’s count to an impressive six gold medals, with their stupendous effort in the 50m backstroke event for open category men and women respectively at the 10th Asian Age Group Championships which began last night at the Padukone-Dravid Centre of Sports Excellence on Tuesday. Nataraj clocked 25.30 to win the gold while Patel clocked 29.92.

A sensational swim in the 200m freestyle in the open men’s category saw Kushagra Rawat win India’s first individual gold medal. Following the opening ceremony inaugurated by Dr Narinder Dhruv Batra, President, Indian Olympic Association, the packed spectator gallery broke into loud cheers as Rawat clocked 1:52.30 seconds while fellow Indian Anand Anilkumar finished third with a time of 1:54.19 seconds to win the gold and bronze medals in this event. Syria’s Abbas Omar finished second and was only a fraction of a second slower than Rawat with a time of 1:52.33 seconds.

Talking about his performance in the 200m freestyle, Rawat said, “I caught up with my opponent in the last 75 metres. I looked up and saw my opponent was right next to me and I had a lot left in me, I decided to go all out. I beat opponent by a margin and I’m sure I can better my time to 1:51 seconds.”

Though Patel expressed satisfaction with her timing, Nataraj was a tad disappointed. “My personal best is actually 29.30 which I had clocked four years ago at the same meet in Bangkok but after my I struggled over the past four years and could not break the sub-30 barrier. But to have done it today giving me the confidence to go faster,” stated Maana Patel.

Srihari, on the other hand, said, “I think my finish was poor. I glided too long but I am glad I had taken enough lead which helped me finish first. Tomorrow (Wednesday) is my main event – the 100m backstroke and I can’t afford any such errors.” He beat Atayev Merdan (26.30) from Turkmenistan and Chograthin Kasipat (26.36) from Thailand.

Meanwhile, India’s ace swimmer Sajan Prakash won the silver medal in the 200 metres individual medley. He finished behind Ketin Nuttapong (2:0629) and ahead of Sukkieo Phuwadon (2:08.21) both from Thailand. Likith Selvaraj also added to India’s medal tally by winning the bronze medal in the 100 metres breaststroke men’s open category with of 1:02.19 seconds. Vladislav Mustafin (1:01.41) of Uzbekistan and Denis Petrashov (1:01.88) of Kyrgyzstan finished first and second respectively.

The Indian team clocked a time of 3:23.72 seconds, almost five seconds faster than Iran who finished second with a time of 3:28.46 sec and Uzbekistan who finished third clocking 3:30.59 sec. to get off the blocks for India, Srihari ensured his team got off to a flying start as he touched the pads at 50.68 seconds while Iranian swimmer Sina Gholampour finished him at 51.42 seconds. Anand, swimming the second hundred of the 4x100m relay, was impressive as he kept up the lead. He swam the distance in 51.28 seconds while Sajan swimming the third hundred clocked 51.37 seconds while Virdhawal Khade’s powerful 50.39 seconds on the clock guaranteed India’s place on top of the podium.

The other medal winners from India are Shivani Kataria who won silver in the open category 200 metres freestyle with a time of  2:05.75 second. 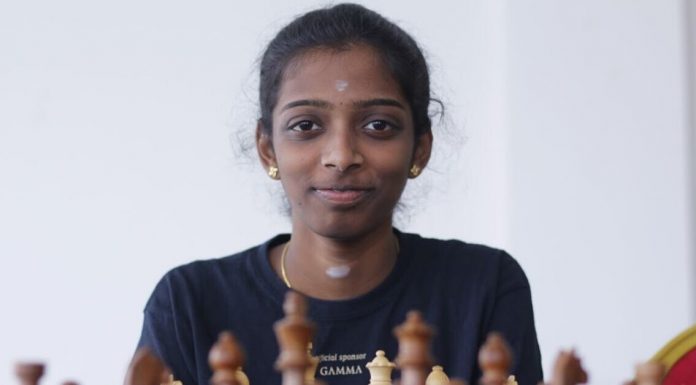 Press Trust of India - Modified date: July 1, 2020
Young Indian Grandmaster R Vaishali pulled off a thrilling 6-4 win over Ukraine's world No.7 Anna Muzychuk in the first round of the second leg of FIDE chess.com Women Speed Chess Championships here on Wednesday. Vaishali, who had finished fourth in the first leg, came...
Read more