Mumbai City FC will undertake a tree plantation drive in Goa with the support of the Corporation of the City of Panaji, the oldest civic institution in Asia, and their Urban Forestry Programme as a part of the club’s ‘Thank You, Goa’ campaign. Mumbai, who currently sit 2nd on the points table and still have a chance to end the league stages on top of the pile, have formulated the campaign to show their appreciation for the host state of this season’s India Super League (ISL) and thank them for their hospitality. The initiative is also aimed at further contributing towards the rich biodiversity that Goa has to offer.

The plantation drive will begin after the side’s ISL campaign comes to an end. Having scored 33 goals in their campaign so far, the City Football Group-backed club has confirmed that each goal will account for five trees to be planted. With Mumbai having already qualified for the playoffs, one would expect them to add to that number in their remaining games which should take the total number of trees closer to 200. The Mumbai City management have also thanked the hotel staff at the ITC Grand Goa, their temporary abode for the duration of the season, the ground staff at the GMC Stadium in Bambolim which has been their home ground this term and the Nagoa Village Panchayat for the smooth running of the tournament. 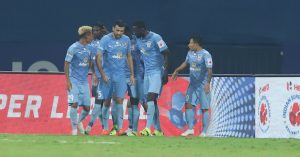 Speaking about the development, head coach Sergio Lobera said, ““The last six months have been a huge challenge and working in these unprecedented circumstances has not been easy for anyone. We want to thank all the fantastic individuals and organisations who, despite the current circumstances, have worked tirelessly to make us feel comfortable in our setting in Goa and who have put up a spectacular show for football fans tuning in from all over India and the world.”