Indian motorsports federation's decision to ignore Formula 1 hopeful Jehan Daruvala and recommend off-road racer Aishwarya Pissay for the Arjuna Award has raised a few eyebrows in the fraternity but the FMSCI on Friday defended the decision saying the young driver's "time will come soon".

Daruvala, who is 21, has achieved multiple firsts as an Indian racer in the last decade including the performance in the past four years which are considered for the Arjuna Award. Last year, Indian motorsport had broken the glass ceiling after years of attempt as rally driver Gaurav Gill won the Arjuna Award after being ignored thrice. "Jehan's name was discussed and he is one of the stars of Indian motorsport. If anyone can reach Formula 1 in the near future it is him and will be the third one to do so (after Narain Karthikeyan and Karun Chandhok). His time will come very soon," FMSCI vice-president Shivu Shivappa, told PTI.

Shivappa also heads the four-wheel racing commission of FMSCI. Daruvala is the first Indian to win the historic New Zealand Grand Prix (2017). He secured eight podiums in the FIA Formula 3 European Championships over two seasons (2017-2018) including two race wins. Last year, he won one sprint and one feature race in the all new FIA Formula 3 Championships before graduating to another Formula 1 support series, Formula 2. Daruvala even had the Championship lead last season but ended up finishing a creditable third with seven podiums. Ahead of the Formula 2 season, which has been postponed to July due to COVID-19 pandemic, Daruvala was signed by four-time world champions Red Bull for its junior driver program. 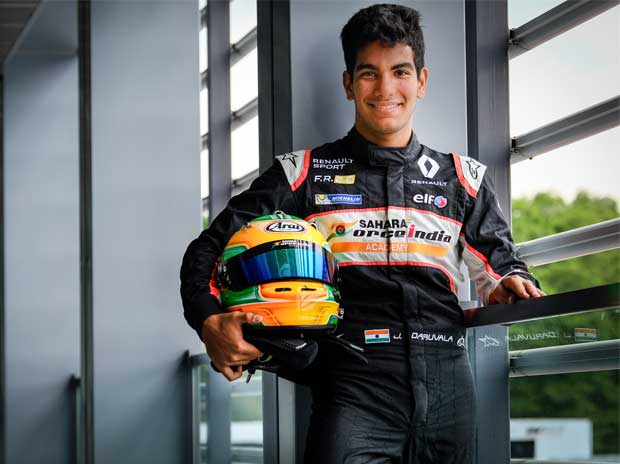 FMSCI president J Prithviraj told PTI that the respective commissions in the federation shortlisted the names for Arjuna nominations to the FMSCI council which eventually recommended off-road racers Pissary and C Santosh besides 2016 Asia Max Karting Champion Shahan Ali Mohsin. Racer turned coach Akbar Ebrahim has been recommended for the Dronacharya Award. Former president Vicky Chandhok, who is part of the FMSCI council, said he would like to see Daruvala's name being proposed in the future at least since the "boy is delivering results".

However, a source in the FMSCI said that it is unlikely that the FMSCI nominations for the Arjuna Award will get the nod of Sports Ministry-appointed panel. "It is unlikely given their performance over the past four years. Santosh has competed in Dakar Rally regularly but has not been close to a podium. Aishwarya has won a world title but I doubt she has done enough. Jehan easily had the best chance given his performance," the source said.

Santosh is the first Indian to compete in the prestigious Dakar Rally with 34th being his best ever finish till date.

Pissay, who is also a two-wheel rider like Santosh, became the first Indian woman to win a world title last year when she secured the FIM World Cup after four rounds. The 24-year-old was the only one in the field to compete in four rounds and came last in three out of four races. She ended up winning the title on technicality grounds.