Looking at the downfall of wrestler Sakshi Malik 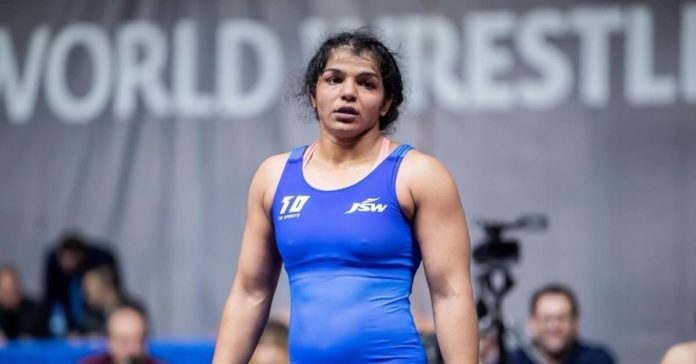 Olympic bronze-medallist wrestler Sakshi Malik had one of her moment of truth on Friday. Owing to her inconsistency and lacklustre performances, the Sports Authority of India’s (SAI) Mission Olympic Cell decided to drop Sakshi’s name from its flagship Target Olympic Podium Scheme (TOPS) programme.

Post her medal at Rio 2016, Sakshi started suffering a spate of disappointing results. Her latest being the defeat at the World Wrestling Championships in Nur Sultan, Kazakhstan. While the Indian contingent produced its best-ever performance with 1 silver and 4 bronze medals, Sakshi’s dreams get stalled in the opening round of the women’s 62-kg category, as she suffered an upsetting 7-10 defeat to a fiery Nigerian Aminat Adeniyi. Aminat lost in her pre-quarterfinals.

As we braced ourselves for a win, Sakshi proved us wrong and was outplayed by the African Championship gold medallist in the most lopsided bout. After losing out in the initial seconds of the bout, Sakshi failed to capitalise as a redoubtable Aminat made the most of Sakshi’s frayed nerves to secure a comprehensive win in the end.

Despite her impressive show at Rio 2016, Sakshi hasn’t been at her best recently with a series of mediocre performances. At the Commonwealth Games 2018, she went down in the first round but managed to win a bronze via the repechage. The bad form continued at the Asian Games where Sakshi returned empty-handed before suffering a humiliating exit from the 2018 World Championship. The 26-year-old finished 12th at the Sassari City Matteo Pellicone Memorial in Italy and was seventh at the 2019 Yasar Dogu Memorial in Istanbul, Turkey. At the Asian Championship, she clinched a bronze medal.

Young Sakshi came to the limelight when she claimed her first-ever Sub-Junior Nationals in the year 2006; she fine-tuned her game and continued her remarkable feat this time at the international stage, for only three years later she went on to win a silver medal at the Asian Junior Wrestling Championship in Manila in the 59kg category. Sakshi marched several steps ahead to climb a notch higher with a bronze medal-winning performance at the Junior World Championship in 2010.

Four years later came the Commonwealth Games. She was guaranteed exposure during the 2014 Commonwealth Games, which in turn, helped her win a silver medal at the Glasgow Games. That leap could be made only through systematic exposure and moulding, as she enjoyed the build-up and established herself as one of the strong contenders for the Olympics in two years’ time.

At the Rio Olympics, Sakshi had lost 2-9 in the quarter-finals of her category to Russia’s Valeriia Koblova in the fifth bout of the day. However, she got a second chance in repechage when Koblova reached the final. In the bronze medal playoff bout that ensued, Sakshi pulled off a sensational 8-5 victory over Aisuluu Tynybekova of Kyrgyzstan. Initially, the Indian had gone down 0-5, but she managed to produce a brilliant comeback and clinch an Olympic medal.

Sakshi, who has been on the TOPS list since the time it was formed back in 2015, got dropped from the list for the first time ever and she was replaced by Ravi Kumar Dahiya, who clinched the bronze medal at his maiden World Championship outing this year and secured his spot at the Tokyo 2020 Olympics.

A look at Sakshi Malik’s performance since Rio Olympics 2016:

Though Sakshi has a haul of nine medals from 14 tournaments, most of her medals came in smaller meets. Sakshi’s recent form is a concern of worry and going by this, it could be further difficult for her to win a place in the Tokyo 2020 Olympics squad with the Asian Qualifiers scheduled on March 2020 and World Qualifiers scheduled in May. 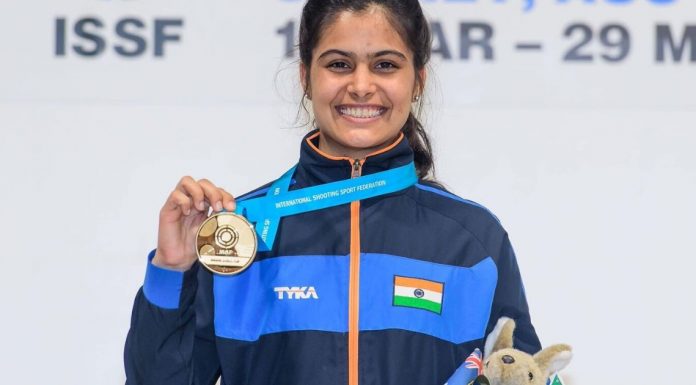 Press Trust of India - February 26, 2020
Commonwealth Games gold medallist Manu Bhaker on Wednesday said she is focussing on her technique and improving mental strength to put up a good show at the upcoming World Cup and Tokyo Olympics.
Read more