Should Prevention have been better than Cure when it came to appointing coaches? The Sports Authority of India and the Sports Ministry are on a rough-to-go decision mode now. Coaches are now standing on the ceasefire line and we all wonder if this is the right thing to now with the Asian Games upon us

The Tribune today read, “The Sports Authority of India (SAI) and Sports Ministry have got into a perform-or-perish mode: Non-performing athletes and coaches are in the line of fire.”

Since 2018 is a year of grandeur with two major multi-sports events on its calendar, that is, the Commonwealth and Asian Games, an eagle’s eye has been opened up on accountability now. So, it has been decided by the Sports Authority of India and the Sports Ministry that the coaches whose athletes don’t show improvements, or fail to perform well at the 2018 Asian Games which will be held in the months of August-September this year, will be shown the way to the exit doors.

Notifications have been sent out to all the National Sports Federations of the country, that the performance and accountability of the foreign coaches appointed is a top priority. Facts state that many of the foreign coaches appointed have their contracts that run until the 2020 Tokyo Olympics. One important thing that has been always a part of their contracts but never executed is the ‘Performance Review’. This clause is particularly included in the contract so as to ensure and enforce their accountability for performance of their respective trainees.

However this time, the authorities have decided to go in for a change and rather bring the clause to active mode. In the article written in The Tribune, it was mentioned that a source said, “Gone are the days when coaches used to run their contract for years. This is public money and like every one of us, they (coaches) are accountable.”

So, this new development came to light last week, during the Annual Calendar for Training & Competition (ACTC) meeting between SAI officials and representatives of the Athletics Federation of India (AFI). AFI Secretary, CK Valson told The Tribune on Friday, “We have agreed to review the performances of the foreign coaches after the Asian Games as there is a system in place now.” Valson further said, “The coaches who perform well will be continued with. Those who cannot will have to give proper justification to stay, otherwise they would have to be let go.”

In April this year, interviews were taken by officials at the SAI headquarters, of several coaches who were nominated by the National Rifle Association of India (NRAI) to take up coaching positions with both senior and junior squads. Chief Shot Gun Coach Mansher Singh, High Performance Specialist Coach for junior rifle team Suma Shirur, and High Performance Specialist Coach for Senior Pistol Team Samresh Jung, were all part of a group asked to explain their plans to enhance the training of established shooters.

Whether this move should have been taken by the authorities at a much earlier stage itself is a good question to ponder upon now. Had they done this performance review much earlier than the beginning of the 2018 major sports events, including the Commonwealth Games, the country could have raised their spirits much higher with respect to sports like Discuss Throw and Short-Put (these sports saw better performance by India earlier).

So, had the authorities either recruited more efficiently to get better coaches in the first place itself or done the performance review much earlier, this last minute exit of the current and entry of new coaches, and then the consequent re-adjustment issues for the trainees could have been avoided. The laws and clauses in the written forms of law are made to avoid such pitfalls and losses that can happen in the future.

Appointing foreign coaches is in itself a big matter of concern, as one, it shows that our native coaches lack the ability to coach better, and two, it deals with a lot more of money and finances involved. So, isn’t it better for the authorities to ensure the efficient working of the system which has been efficient in its written form alone till date?

Now the question is, if the SAI and the Sports Ministry was a little too late to get on with such a bold move? Good that we have such a sound and efficient but highly ignored-till-date clause in the employment contracts of our sports coaches.

But, isn’t always better to have an even more efficient recruitment system that would ensure that the best fit is only taken in so as to not lose out on so much  of money, time and of course our country’s performance levels at various sports platforms across the globe. So, whether appointing competent coaches in the first place would have been a better way to go, is another question that has arisen at the moment.

Nevertheless, now that such a move has been made, all we can say, its better late than never and let’s see the Indian flag flying brighter and higher at the upcoming Asian Games! 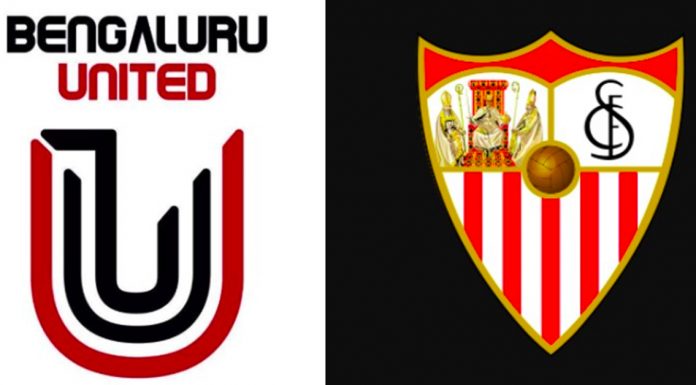