Jagdish Singh Rawat and Shiva Keshavan will be representing India at the Pyeongchang Winter Olympics 2018. The drop in temperature in South Korea signals the start of the Winter Olympics 2018, scheduled to take place from 9th to 25th February. The 2018 Winter Olympics officially known as XXIII Olympic Winter Games and Pyeongchang 2018 has 2,952 athletes from 92 National Olympics Committees with Ecuador, Eritrea, Malaysia, Kosovo, Nigeria and Singapore taking their first bow in the quadrennial sports fiesta.

Pyeongchang was selected as the host city in July 2011, during the 123rd IOC Session in Durban, South Africa. This is the first time since the 2002 FIFA World Cup that South Korea is hosting a major tournament.

The sporting activities begin on Thursday, February 8, a day before the opening ceremony at the Pyeongchang Olympic Stadium, a temporary structure with capacity for 35,000 spectators. The closing ceremony will be held at the same venue on Sunday, February 25.

The mascot for the tournament is a white tiger named Soohorang. The tiger is closely associated with Korean mythology and culture and is a familiar figure in Korean folk tales as a symbol of trust, strength and protection, according to the Games website.

India will have two representatives at the 2018 Winter Olympics in PyeongChang in two sports cross-country skiing and Luge.

Shiva Keshavan qualified for Luge in men’s singles by being ranked in the top 38 of the 2017-18 Luge World Cup standings. This is Shiva’s sixth and probably his last attempt at glory at the Games.

Regardless of the outcome from the games, Keshavan will undoubtedly go down in history as one of the biggest names in Indian winter sports history. He has already represented the country in 2002, 2006, 2010 and 2014 Winter Olympics. 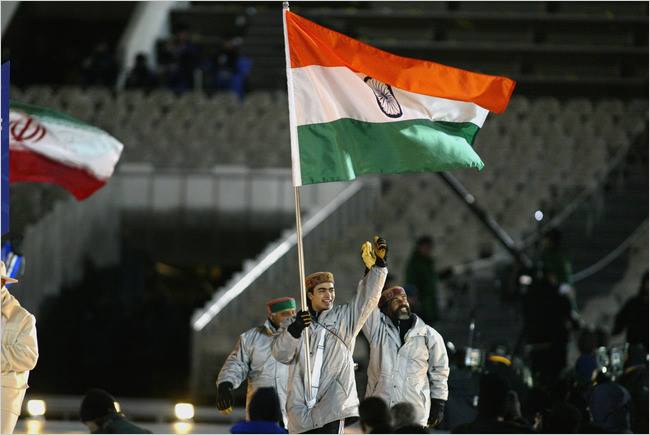 Keshavan was India’s only representative at the 1998 and 2002 Winter Olympics, he was joined by the likes of Neha Ahuja and Hira Lal (alpine skiing), and Bahadur Gupta (cross-country skiing) at the 2006 Games in Turin, Italy.

Also Read: Shiva Keshavan relies on experience to deal with the pressure

This time, he will be joined by Jagdish Singh Rawat, who will be representing India in cross country skiing. A medal hopeful, he’ll look to carry on from his wonderful performance competing in the Men’s 15km freestyle skiing event.

Also Read: Politics should not have a part to play in sports, says Jagdish Singh

How and where to watch Winter Olympics in India?

The International Olympic Committee announced on Wednesday that the Pyeongchang Games will be streamed live in India and the sub-continent, including Pakistan, Sri Lanka, Bangladesh, Bhutan, Nepal and the Maldives.

So Indians can rejoice the 2018 Winter Olympics on the Olympic Channel via its website, YouTube channel and mobile apps. Alternatively you can also watch the games on JioTV. Team Bridge - Modified date: January 22, 2021
The online gaming industry in India has started contributing well to the economic growth of the country. It has attracted a diverse audience and helped the country raise billions in revenue. Even though economists call the current phase an upsetting period for the Indian...
Read more