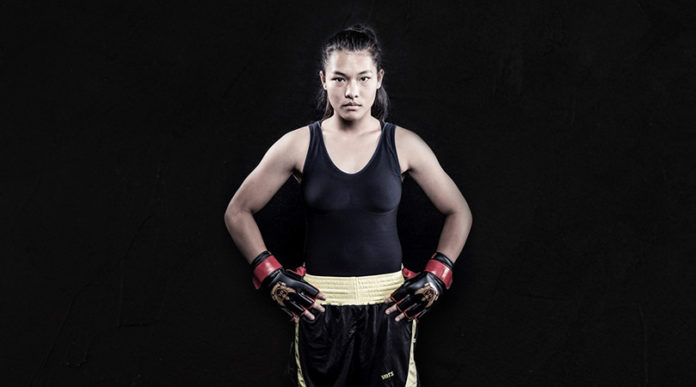 India’s leading MMA star, Asha Roka is all geared up to unleash herself against Thailand’s 2-sport champion Stamp Fairtex on her ONE Championship debut at “ONE: Dreams of Gold” tonight. Roka, a former National Boxing Champion has an opportunity to catapult herself to the upper echelons of the atomweight division at the premier event as the MMA fanatics wait with baited breaths to watch it go down.

The Indian, so far, has enjoyed an unblemished record in her MMA career. With two submissions and two knockouts out of four wins, her last four MMA matches ended under three minutes and she doesn’t plan to go the distance on her maiden ONE Championship assignment either.

In a bid to strengthen her preparations for the mega-clash, Roka spent a few weeks at Tiger Muay Thai in Phuket and believes that the physical improvements she gained will set her in good stead versus Stamp.

“I came all the way from India to Thailand to learn how to fight with knees and elbows, how to clinch and manoeuvre. She is a Muay Thai and kickboxing champion, but I feel she does not have as much power as I do. Once I punch her, she will feel it for a long time,” she said according to Asian MMA.

While Asha Roka has more experience in MMA, it won’t be an easy ride, especially with Stamp being a local favourite and a household name in Thailand. The Indian, however, remains confident that she can pull off the upset, and not let her opponent get under her skin.

Press Trust of India - Modified date: June 5, 2020
The Human Resource Development (MHRD) and Sports Ministry have collaborated to produce a series of special films promoting 10 indigenous sports of India. The 'Department of School Education and Literacy' under MHRD has joined hands with sports ministry's flagship programme 'Fit India' under the 'Ek...
Read more