Posing the Colgate Tooth-Smile way doesn’t always help or give a brownie to you. As out of the moment as it can be, using this wide Colgate/Close Up wide tooth-smile, while getting clicked, proved dearly pricey for several Indian track and field athletes, as their accreditations for the upcoming Asian Games were rejected by the organisers.

The Indian Olympic Association (IOA) has directed nineteen athletes and two officials to resend their photos in the proper format, immediately, to process their accreditations. Though the deadline for applying for accreditation is over, the IOA has assured that the organisers will consider these cases if the mistakes are rectified. However, acquiring the accreditation alone does not imply that the concerned athlete will be selected for the Asian Games; yet, under the normal routinely conducted procedures, accreditations are done for all the athletes included in a provisional list sent by the national sports federations. Afterwards, whoever gets selected will leave for the Games.

Officials from the Athletics Federation of India (AFI) confirmed that strict guidelines are laid out in the right place regarding the photos and passport of athletes to be uploaded for accreditation of the Asian Games. An AFI official reportedly told the press, “The IOA had sent us the strict guidelines about the accreditation process. It may seem funny, but the organisers, in fact, gave guidelines that you cannot smile on your photo and you cannot show your teeth, and you have to take it on white background.”

It is to be noted that no star-struck name is present among the 19 athletes, apart from the reigning women’s 400m Asian champion and Rio Olympian Nirmala Sheoran. Her photo was rejected as the background was not white. The official further told the press, “We have told the athletes well in advance about the do’s and don’ts of the photos to be sent for accreditation. Now, they are facing the problems because they have not adhered to these guidelines.” He also added, “It happened in the run-up to the Gold Coast CWG. We had to resend photos of some athletes again to the organisers after their accreditation was rejected initially. Of course, they were accepted and given accreditation later.”

Sachin Roby, who is the quarter-miler from Kerala, has been told to resend his photo as the earlier one was rejected because his teeth were visible and same was the case with Rajasthan’s Hina (100m) and Sayali Waghmare (who runs 400m and 800m) from Nagpur. For Bengal athlete Himashree Roy, who was part of the Indian 4x100m relay quartet that won the bronze in the 2017 Asian Championships in Bhubaneswar, her accreditation has been rejected for a smiling passport size photo.

She will have to resend a photo in a proper format, now. There’s an even worse case which is that of the young distance runner Sanjivani Baburao Jadhav and 800m runner Sajeesh Joseph, who sent retakes of a printed photo. The athletes have been told by the AFI to submit fresh photographs by Tuesday midnight. The AFI has sent names of more than 150 athletes for accreditation.

Acknowledging the problems that had to be faced in the run-up to the Gold Coast Commonwealth Games, where three athletes could not take part due to late submission of names, the IOA has set a strict deadline on or before the 30th of June, to all the NSFs to submit their final list. Sports Authorities in India is definitely on a strict addendum roll call these days. Let’s all wait and see if it all raises and produces the right fruits. 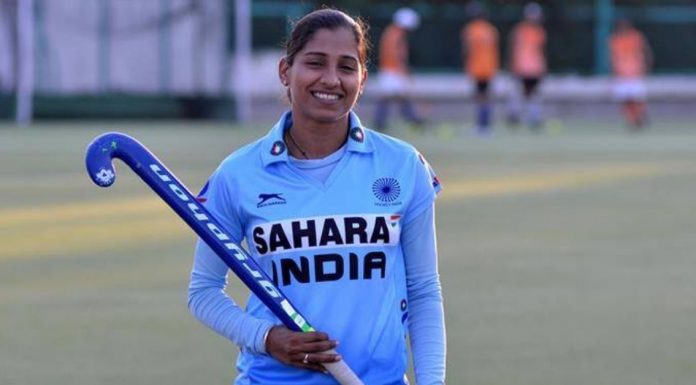 Md Imtiaz - Modified date: January 20, 2021
The prolonged baritone voice of Amitabh Bachchan turned monotonous as the coronavirus caller tune rang to its limit when no one from the other end picked it up on two attempts. I was gripped by the eagerness of the conversation, which had the possibility...
Read more