The Indian archer will now fly on Friday, with the hope that she will be fit by then. 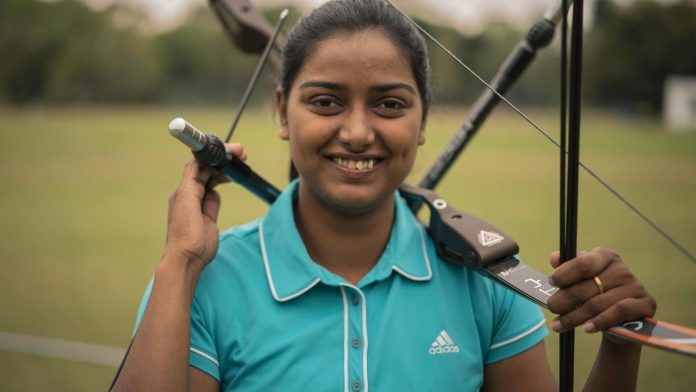 In a massive blow for the Indian Archery contingent, star archer Deepika Kumari was forced to stay back, as her teammates boarded the flight to Jakarta.

The Indian recurve archer has been diagnosed with Dengue and is currently facing a race against time to be fit for the Asian Games.

Deepika Kumari is perhaps India’s best recurve archer. Giving proof to the statement is the fact that Kumari has been a part of every medal won by the Indian recurve archery team, ever.

Over the years, the Indian archer has won numerous medals on the biggest of stages. Her most memorable decorations came at the 2010 New Delhi Commonwealth Games when she won two gold medals. She has also won several medals at the World Championships and the World Cup.

In a severe setback for the Indian Recurve Archery team, Deepika Kumari was forced to miss her flight after being diagnosed with dengue. The Indian recurve archer has been one of the best in the country over the years, and her absence from the Asian Games can hurt the Indian team significantly.

As reported by The Tribune, officials had no clue regarding Kumari’s illness and were only made aware of this when she missed her flight. “We had no clue about her illness. When she did not take the flight to New Delhi, we enquired and were told she was down with dengue,” a source told The Tribune.

Nevertheless, Kumari is expected to return from her illness very soon. She is supposedly set to board a flight to Jakarta on Friday, August 17. She will also be provided with ample time to get back to her best, as the archery competition does not start until August 22. Team Bridge - Modified date: April 4, 2020
Other chess players who will be participating in the event will be P Harikrishna, Vidit Gujrathi, Baskaran Adhiban, Humpy Koneru and Harika Dronavalli.
Read more