Ahmedabad, October 18th, 2019: An exhilarating, three-month long season 7 of VIVO Pro Kabaddi has reached its culmination with Dabang Delhi K.C. set to battle Bengal Warriors for the coveted title at the EKA Arena by TransStadia in Ahmedabad on Saturday October 19th, 2019. Judging by the season’s performances, both table toppers and maiden finalists have deserved the right to play in the final, after having finished the league stages.

Interestingly, this will be the first time both Delhi and Bengal will play in the final which is a testimony to how tough and closely fought the current season of VIVO PKL has been. Pre-season favourites Tamil Thalaivas and three-time champions Patna Pirates struggled to impress while teams like UP Yoddha, with no real superstars in their ranks, dominated the league stages by utilising young players identified through the Future Kabaddi Heroes (FKH) programme.

While the likes of Delhi’s Naveen Kumar and Bengal’s Maninder Singh have walked away with the plaudits, the teams’ success on the mat have come largely due to their cohesion. Delhi’s semi-final match against Bengaluru Bulls was an example of how backup raiders Chandran Ranjit and Vijay are vital cogs in the Dabang unit, contributing in both tackles and raids. Similarly in defence, while Ravinder Pahal and Joginder Narwal grabbed the limelight, Vishal Mane has gone about doing his work quietly as a cover defender. The seasoned defender now has the opportunity to become the first player in vivo Pro Kabaddi history to win the title with three different teams (having already won with U Mumba and Patna Pirates).

Bengal Warriors also have a fair share of unsung heroes. Sukesh Hegde, who will be playing his 100th VIVO PKL match, has thrown down the gauntlet to his doubters who called him a ‘spent force’ with vital raid points whenever his team needed them. K Prapanjan has also had a breakout season for the Warriors as a raider. Both players will be keen to avoid a defeat having suffered a heartbreak while playing for Gujarat FortuneGiants in earlier seasons.

Both Dabang Delhi and Bengal Warriors have a wealth of talent as far as raiders go which would mean that the match will come down to which set of defenders play better. In Rinku Narwal and Baldev Singh, the Warriors have a strong corner duo, who have impressed with tackle points this season. Both are relatively inexperienced compared to Delhi’s defensive stalwarts Joginder Narwal, Ravinder Pahal and Vishal Mane. However, the inexperienced duo will be looking to show that they are no easy pushovers by trying to make a statement against an in-form Naveen Kumar who will be targeting his 21st consecutive Super 10. Both the teams are also at the top two in terms of most all-outs inflicted and least all-outs conceded this season (net All-Out of +16 for both teams).

Maninder Singh’s availability still remains undecided but Bengal Warriors showed that against a talented U Mumba side in the semi-finals that they can produce the goods even without their star raider. In fact, when the teams first met this season, it was Prapanjan who scored a Super 10 after Maninder was substituted for a poor first-half showing.

Both coaches will have the problem of plenty with the variety of Kabaddi players available to pick from, fans and viewers can expect a cracker of a grand finale on Saturday. One thing is for sure – VIVO Pro Kabaddi will have a new champion at the end of the match.

Thoughts from players and coaches of both finalists

Sukesh Hegde, the standout performer of the vivo Pro Kabaddi Season 7 semifinals playing for Bengal Warriors said, “I am very happy that we have made it to the finals; the team was in the semi-finals thrice in the past – we are getting closer to the trophy.”

Vishal Mane, the defender from Dabang Delhi K.C who has played the most number of vivo Pro Kabaddi finals said, “We have a balanced team with Joginder and Ravinder in defense along with Naveen’s express raiding skills supported by Chandran Ranjith as well. We are fully prepared to face the toughest match of the season and our eyes are on the trophy.”

Maninder Singh, Star Raider who has consistently been performing for Bengal Warriors said, “For any team reaching the Finals of vivo Pro Kabaddi itself is a big deal! Having said that, we are not taking the pressure of the finals and that’s what we believe will bring the best game for us on the mat. The team has been practicing and focusing on their fitness and we are confident of lifting the trophy this time.”

BC Ramesh, who has tasted success in vivo Pro Kabaddi season 6 as Asst. Coach of Bengaluru Bulls; is now in the finals as head coach of Bengal Warriors said, “This will be a very exciting finals as both the teams will be competing in the finals for the first time. The experience of lifting the trophy is something undefinable and we are confident it will be a match to watch.”

In a bid to make Dabang Delhi K.C. the winners of vivo Pro Kabaddi for the first time, experienced coach Krishan Kumar Hooda, Coach, said, “Vivo Pro Kabaddi over the years has given the sport a lot of young new players. With the talent they have showcased, they are a promising set of players who are the future of Indian kabaddi. Both teams are very disciplined, and the finals will be a great game to witness and enjoy for all our fans. As a coach, I promise, that the team will not disappoint our fans.” 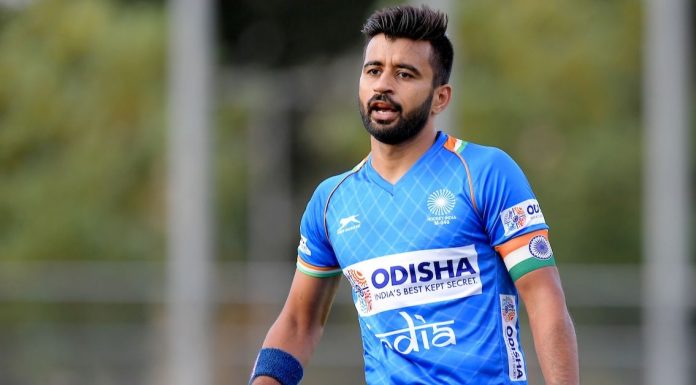 The Bridge Desk - Modified date: August 7, 2020
The Indian men's hockey team captain Manpreet Singh and three other players have tested positive for COVID-19 ahead of a national camp in Bengaluru, the Sports Authority of India (SAI) said on Friday. Besides Manpreet, defender Surender Kumar, Jaskaran Singh and drag-flicker Varun Kumar have...
Read more