Last Updated on 7 months ago 3 min readBoth the Indian men’s and women’s teams won their respective FIH Series Finals – albeit in contrasting styles at least as far as the levels of support are concerned.

While Manpreet and co. were cheered on by a vociferous home crowd in Bhubaneswar, the Golden girls played matches that were arguably more competitive – but did so away from the glare of the media in faraway Hiroshima with Indian audiences having to be content with watching an FIH live stream with no commentary.

A creditable win over Japan in the final was the culmination of what has been a remarkably consistent run for the Indian girls with drag-flicker Gurjit Kaur returning to peak form after scoring eleven goals during the FIH Series Finals.

Television viewers in India did not have the good fortune of watching the national side overcome stiff resistance from teams like Uruguay and Chile who used speed and power to counter the sublime skill of Sjoerd Marijne’s chargers which made for a mouth-watering spectacle that sadly had a restricted audience.

The rise of the Indian women’s side has been nothing short of phenomenal. The girls who were ranked thirteenth before Rio 2016 slowly but surely climbed the ranking ladder to now occupy the ninth slot – ahead of every other side in the continent.

Marijne’s focus on solidifying the structure of the side and adding speed and strength to a unit that was gifted with natural skill has paid off in no small measure.

The results were evident during last year’s World Cup and Asian Champions Trophy and with talented newcomers adding depth to an already formidable and fearless team, things can only get better. In a year which did not witness much competitive hockey, the Indian eves made use of each opportunity that presented itself to give a good account of themselves – and more importantly avenged the big defeats which broke their fans’ hearts last year.

From getting past Ireland (who the Indians lost to in the World Cup quarterfinal) during the Spain tour – to overcoming Asian Games champions Japan in their own backyard during the FIH Series Finals – Rani and co. have sent out a strong message to admirers and detractors alike.

Siegfried Aikman coach of the Japanese men’s side echoed the sentiments of many Indian hockey fans during an interaction with The Bridge.

“Gender equality is an area Indian can improve on. Your ladies team does very well but gets less attention in the media. It’s time that the girls are taken seriously, and they deserve that. “

Teams like Chile have grown by leaps and bounds and the South Americans beat Japan and fought bravely against the Indians in a memorable semifinal at Hiroshima and Aikman shed some light on the reasons as to why women’s hockey is on the ascendancy.

“Female hockey is, fortunately, growing because many developing countries are trying to invest in their development. Chile invested a lot in this team. Many players played or are playing in the USA where they play for high-ranked university teams.”

“All tournaments are showing a promising group who are trying to find their way to the top. It’s hard that it might stop here because they haven’t made it to the Olympics. Fortunately, Chile and Uruguay still have the PanAm Games. It will be tough with USA, Canada, and hockey powerhouse Argentina competing there too.”

The Pro League has witnessed some intense competition and the FIH master coach also pointed to the manner in which teams like Belgium have benefited.

“In Europe, we saw good performances from many developing teams too. Again, you see that participation in the Pro League gives a lot of advantages. See, the Belgian ladies are not world class but more experienced, and due to the amount of challenging matches they play, their world ranking will be okay due to the points they get.”

It will be interesting to see whether the Indian girls do indeed manage to move further up the ranking ladder as a result of the Hiroshima win given that the points earned for the Pro League are significantly higher than those for the FIH Series Finals.

For now though, it is time for a nation to celebrate the achievement of a side that is rarely in the limelight – and who now just a couple of matches away from Tokyo 2020.

Share
Facebook
Twitter
WhatsApp
Email
Linkedin
Previous article“Northeast must have a football league of its own,” says MFA Vice President
Next articleI-League clubs stand united as “one football family”

The International Hockey Federation (FIH) on Monday announced India as the hosts for the FIH Junior Men's World Cup 2021. In an...
Read more
125,617FansLike
11,043FollowersFollow
6,537FollowersFollow 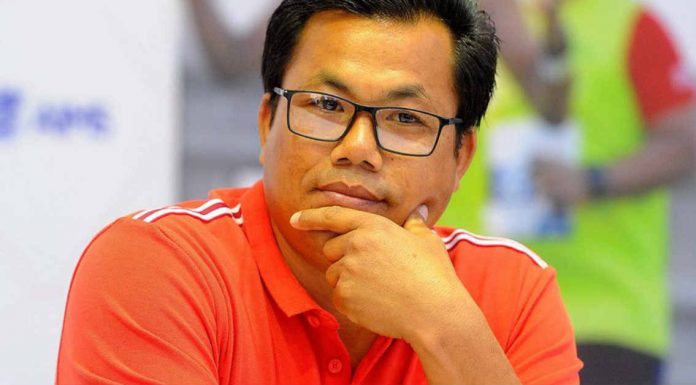 Sarah Waris - February 13, 2020
Dingko Singh, the Indian boxing legend and a gold medal winner in the 1998 Bangkok Asian Games, has been struggling to raise funds for treatment of a possible relapse of liver cancer. Three years after Singh was successfully treated, the player has...
Read more