The Indian Women’s League (IWL) 2020 is all set to kick-off on 24 January at the Bangalore Football Stadium, Bengaluru despite uncertainties regarding the ground playing conditions. The league in its fourth season will comprise of twelve teams divided into two groups of six. The fourth edition will introduce a ‘rolling trophy’ in a bid to increase the competitiveness of the tournament and allowing the trophy to be passed on to successive winners of each edition.

Mr. Sunando Dhar, I-League CEO, when asked about the not-so-good pitch conditions of the Bangalore Football Stadium, Bengaluru said, “There is always room for improvement in every case. We have had National Football Championship, Bengaluru Division and the Youth League games here in the recent months. The Bengaluru FC side has always been training on the pitch, so we hope that the pitch despite being in not so good conditions will be playable.”

Dhar also stressed on the need for a longer and professional women’s league which should be the case over time as the league matures. He said, “It is still early days. We are looking to make the league a longer affair, stretching to six months in the upcoming seasons so that clubs can host their own games and play at their home venues to mobilise their fans and create a local market for their teams.”

The fourth edition begins with a doubleheader on 24 January. Krypsha will face Kickstart at 12 PM while Kolhapur City will cross-swords with Sethu FC later in the evening.

The teams have been divided into two groups of six as follows :

Each team will play five games in the group stage and the top two teams from each group will advance to the semi-finals. The final will be played on 14 February at 2 PM IST. All games will be streamed on the official Facebook page of the All India Football Federation (Indian Football).

Joining a new club midway through the season can be difficult for a footballer, particularly when you are expected to provide instantaneous...
Read more
Cricket

Srinivasa Gowda is now a familiar name for the people on social networking websites. Gowda has been dubbed as the 'Usain Bolt'...
Read more
125,617FansLike
11,043FollowersFollow
6,537FollowersFollow

Tri-series: Smriti Mandhana’s 66 goes in vain as India lose the title by a whisker 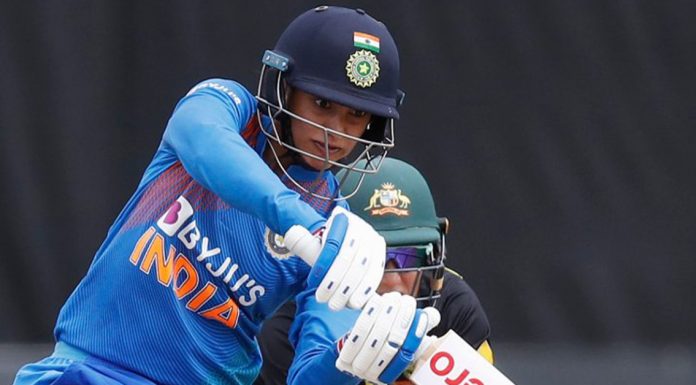 Shruti Banerjee - February 12, 2020
As they say, you can't predict the result till the last ball bowled in cricket, once again that proved right in the final of Tri-series between India and Australia at Junction Oval on February 12. Australia snatched the title from India who...
Read more