ISL 2021-22: What to expect from this season of Indian Super League

The latest edition of the Indian Super League is scheduled to kick off on 19th November 2021.

The eighth season of the Indian Super League is just around the corner and things cannot be in a better position than this. Coming off a stellar transfer window that saw unexpected trades, ISL 2021-22 shows all the signs to be the best ever edition in the league's history. It is key to note that majority of the teams were able to strengthen their squads. The moves are promising and it is safe to expect far more competitiveness.

Certain trades like Hugo Boumous & Amrinder Singh to ATK Mohun Bagan, Hernán Santana to Northeast United, Arindam Bhattacharya to SC Eastbengal, Ishan Pandita & Eli Sabiá to Jamshedpur FC, Igor Angulo & Apuia to Mumbai City FC and Enes Sipović to Kerala Blasters are a testament of intent by the clubs. A lot has changed since the curtains closed in March 2021, and it is only natural to expect certain changes this time.

More domestic players in the limelight

One of the key talking points in recent history around Indian football has been the extensive presence of foreign players. Resulting in limited opportunities for home-grown players. But from this season onwards, ISL has decided to only allow four players in starting XI and a maximum of six in the overall squad. However, AFC mandate to have at least one Asian-foreign player in the fielding XI has been relaxed. The opportunity of an extra position for an Indian is promising for almost every team and the national team as well in the long run. In the last couple of years, we have seen players like Sandesh Jhinghan, Anirudh Thapa, Apuia, and many more Indian players emerge through the ranks of ISL and make it to the National Team. Thus this change assures more chances for Indian players to showcase their talent and add depth to the National team pool.

Despite being a marginal commercial hit, ISL has been criticized for the quality of its' referees. The issues grew so much that All India Football Federations had to intervene on a few occasions at the request of several clubs.

To enhance the standards, AIFF has now set up a one-of-a-kind drive to keep open communication between the clubs and referees to better understand the reasoning behind their decisions during a game.

Amidst all the controversies last season, AIFF general secretary Kushal Das said, "To be honest, we've had problems with refereeing, not just this season but previously too. But the AIFF, FSDL, and PGMOL have started the process of improving referees, coaching them. It will take some time for the results to show." It's only a matter of time when fruits of this drive would be visible on the pitch.

Fierce race for the golden boot

Looking through a wider lens, there is a minimum of five out-and-out strikers who can genuinely go on to lift the golden boot this time. ISL fans are accustomed to the heroics of Mumbai City FC's Igor Angulo, Hyderabad FC's Bartholomew Ogbeche, and ATK Mohun Bagan's Roy Krishna. And considering how their teams have build-up their squads, the new recruits are more likely to compliment these goalscorers. 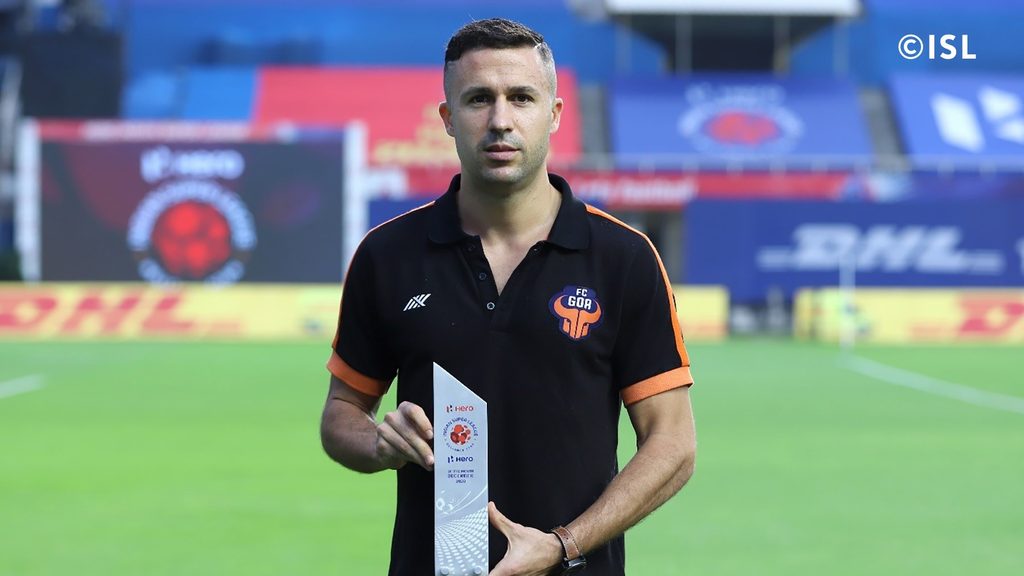 Challenging them will be the newcomers at FC Goa and Odisha FC. The Gaurs have signed Airam Cabrera. The 34-year-old striker has the experience of playing in Spain, Poland, and Cyprus. The FC Goa scout has time and again proved their caliber to bring in fabulous goals poachers

Talking about the Juggernauts, the Bhubhaneshwar based club has roped in Jonathas from Brazil. The tall forward boasts of having played in Eredivisie, Serie A, Bundesliga, and LaLiga and is touted to be the most lucrative signing of this season. A lot is expected from the sturdy poacher and considering how Odisha has almost snatched him from the hands of Mumbai and FC Goa, keeping him in the books to light ISL on fire wouldn't be a bad move.