ATK triumphed 3-1 over Jamshedpur FC through a brace by Roy Krishna and a cheeky finish by Edu Garcia in injury time. Sergio Castel’s penalty in the 85th minute gave hope to The Red Mariners for a late comeback but it wasn’t to be.

On a night when Kolkata was hit by cyclone ‘Bulbul’ there was another cyclone awaiting for Jamshedpur FC in the form of Roy Krishna. Roy Krishna showed glimpses of his talent and the reason he is touted to be one of the best foreign signings of ISL.

Jamshedpur has adopted a possession-based style of football under Antonio Iriondo and the team has been focussing on playing out from the back this season. Veteran Subrata Paul — still not used to the gaffer’s methods — almost led his team into trouble when he tried to be cheeky with the ball which was irentercepted by David Williams. Subrata Paul had difficulty in playing out from the back on numerous occasions throughout the match and the damped field did not help him.

Piti has proven to be a wonderful addition for Jamshedpur FC along with Sergio Castel. His trickery and silky skills are nothing short of a spectacle. Piti bamboozled Jayesh Rane, twisted and turned past him to lay in a cross for Farukh Choudhary, who connects the ball well but hits it to the crossbar.

The action-packed first half ended goallessly. Ten minutes to the 2nd half Roy Krishna was brought down by Tiri in the penalty box. Roy Krishna gave ATK the lead from the spot-kick. Roy Krishna’s goal from the spot completely swung the game in favour of ATK. ATK constantly threatened Jamshedpur with their quick ball movement. Roy Krishna earned himself another penalty of the night and gave ATK a two-goal cushion.

It was a game of penalties. When all seemed done and dusted and ATK looked to have kept a clean sheet, referee, Rahul Gupta pointed to the spot for a Jamshedpur penalty kick. Sergio Castel, the flamboyant striker from Spain gave hope to The Red Mariners for a late comeback.

ATK was in charge of the next ten minutes of the game. Jamshedpur in search of an equalizer pushed bodies forward which resulted in too much space for the ATK forwards. The combination of the three foreigners produced the third goal for ATK. David Williams found Roy Krishna in the left flank with a long ball. Roy Krishna puts Edu Garcia through with his first touch. The Spanish wizard chips the ball over Subrata Paul to seal the game for ATK.

ATK goes into the international break with nine points from four matches. Jamshedpur sits at fourth just two points behind ATK. David Williams, Roy Krishna and Edu Garcia are the joint top-scorers of ISL 6 with three goals from four matches.

Nasim Akhtar
Pursuing MBA in Sports Management from Symbiosis. A sports fanatic, a football enthusiast who wants to turn his passion into career.

Growing up in North Kolkata, Mohun Bagan and its legacy was an inseparable part of the culture that permeated the serpentine lanes,...
Read more
News

It is a tale of two cricket crazy cousins who have won gold and silver in weightlifting at the 3rd edition of...
Read more 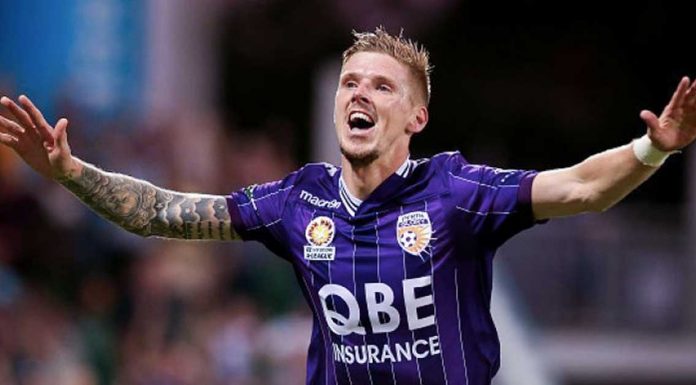