With record viewership and some cracking games on the burner, the Indian Super League started its second week with a lot of excitement and anticipation. However, it was not until Match 10 that the week really came to life as Matches 8 and 9 saw relatively dull draws between sides who could be blamed for being overly cautious with their approach.

In Match 8, Chennaiyin FC picked up their first point of the season as they held Mumbai City FC to a 0-0 draw at home. Match 9 was a replay of last season’s finale, but goals from Corominas and Udanta meant the match ended in a 1-1 stalemate. Match 10 saw Jamshedpur FC thrash Hyderabad FC 3-1, making it two losses in a row for the newbies. Match 11 had the two former champions take on each other, but a David Williams strike made the difference for ATK who beat Chennaiyin FC 1-0 away from home. Coincidentally, that Williams strike was also the 1,000th goal in the history of the ISL.

In Match 12, Odisha FC produced a major upset as they put four past a hapless Mumbai FC defence to win 4-2 thanks to goals from Xisco, Aridane and Jerry. Match 13 was another draw, but it was a thrilling one which saw 10-men FC Goa equalize at the last gasp to hold Northeast United FC to a 2-2 draw. The final game of the week was another major upset, as Hyderabad FC had the last laugh in the South Indian derby when they beat Kerala Blasters 2-1, with Marko and Marcelinho on target for the new franchise. It was also the first time ever that the Gachibowli Stadium in Hyderabad hosted an ISL game, so that made the win all the more memorable for the home side.

Antonio Habas has a wealth of attacking options on his hands, and he is making good use of them. Williams and Edu Garcia are already in the race for the Golden Boot while the Kolkata side also leads the charts for most goals scored so far this season (7). Ever since the opening day loss to Kerala Blasters, they have looked impenetrable at the back as well, keeping clean sheets in both their games. The cherry on the top would undoubtedly be ATK sitting pretty at the top of the league table after three games, but Habas would know that there is still a long way to go. The signs look good for the Sourav-Ganguly owned side though, and they will be keen to keep the momentum going.

2. Bengaluru FC need to get up and running soon

BFC are favourites in any competition they enter, but they have looked off the pace so far this season. A good win against Jamshedpur FC could fix that, but Cuadrat needs to find a way to ensure his team’s goal-scoring woes are solved at the earliest. The Blues dominated the game against Goa but kept faltering in the final third which could cause them a lot of grief, if not solved immediately.

3. Both the debutants caused major upsets

The opening week was a difficult experience for both Odisha FC and FC Hyderabad, especially the latter. But the newbies have turned things around in style, with Odisha beating Mumbai away and Hyderabad turning the tables on Kerala Blasters. They were both high-profile wins and will go a long way in easing them into the league. Both the teams have some very gifted players with them, and a string of good results will go a long way in helping them move past the defeats in the opening matches.

Some key stats from the season so far

Games to look forward to in Week 3

A clash of titans, this game is huge for both sides. Mumbai will be desperate to win and put the ignominy of conceding four goals at home behind them while FC Goa will be focussed on returning to winning ways after that draw away in Guwahati.

Currently perched as the first and second teams in the table, ATK and Jamshedpur will be one of the highlight fixtures of the week. Of the games played so far, these two sides look the most balanced, and both will no doubt be eager to gain the upper hand.

The ISL goes for a 2-week break with a high-octane South Indian derby on the 10th. Both sides have faltered so far, with Chennaiyin still looking for their first win of the season. Expect fireworks to fly no matter what!

Our republic is going through a crisis. The idea of India- a product of centuries of evolution that should not be subject...
Read more

Meet the eight women athletes poised for glory in 2020 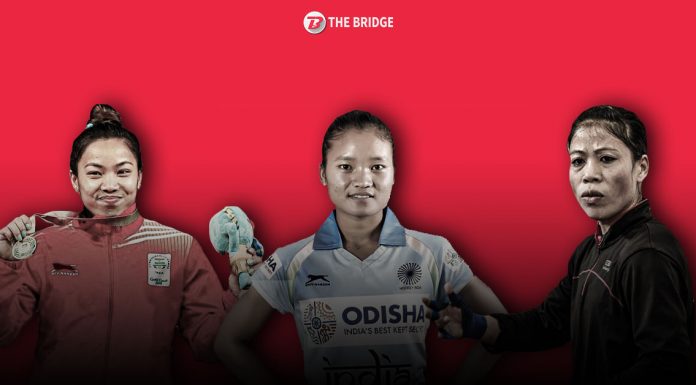 The Bridge Desk - January 20, 2020
There is no shortage of iconic women athletes, past and present, who more than qualify as stars. Women have broken through and become so much more than just star athletes but rather individuals who transcend the sports realm. The fact that sports...
Read more