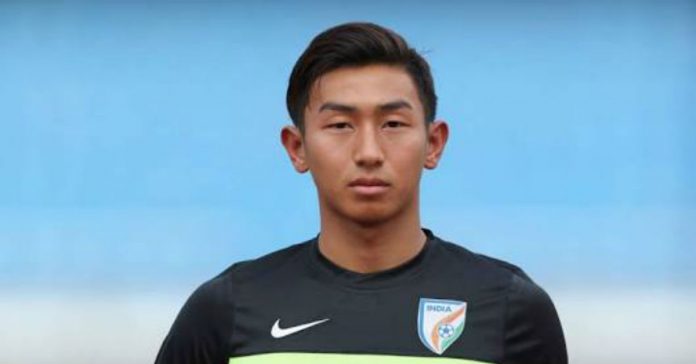 Dheeraj Singh was one of the bright young stars from India’s historic U-17 World Cup campaign in 2017. Following the World Cup, Dheeraj played six games till the end of 2017 for the Indian Arrows before deciding to try out his luck with Scottish side Motherwell FC.

His decision to leave Arrows for Scottish club trial infuriated then coach, Luis Norton de Matos as he believed the switch was ill timed and it would stunt his natural progression.

“At this level, around the players, there are a lot of people, agents and most of the times, these people don’t know or don’t understand what is important for development of a player,”

“I don’t think it is the best decision for his career. I will be happy if I am proved wrong,” De Matos said when asked whether Dheeraj has made the right career move.

Unfortunately, his planned career move away from India failed to take shape. Dheeraj returned home to plenty of suitors before deciding to join Kerala Blasters FC in the Indian Super League (ISL). After an indifferent season with Blasters, the young goalkeeper jumped ship to ATK on a massive five-year deal.

Last season under the tutelage of David James, Dheeraj ended up playing 13 times in the ISL, keeping four clean sheets and conceding 19 goals in the process. While those stats aren’t exactly overwhelming good, but ATK surely knew what they were getting when they signed him- they were getting one of India’s brightest goalkeeping talent.

After unseating a much more experienced player to become first-choice goalkeeper at Blasters, Dheeraj has been an understudy to Arindam Bhattacharya at ATK this season. Probably the club views him as a long-term successor to the experienced veteran.

Dheeraj is still a work in progress, meaning that ATK need to ensure that he plays regularly at the senior professional level to further his development. Training with the first team does have its benefits but nothing can replace minutes on the pitch.

The young shot-stopper will find it difficult for first team minutes at ATK with Arindam Bhattacharya in such fine form. Perhaps, a temporary loan move to an I-League club would enhance his chances of playing first team football and the required playing time under his belt.

Dheeraj’s growth cannot be held back due to a lack of game time. The youngster needs minutes to fulfill his potential.

With that in mind, ATK should make it a priority to send Dheeraj on loan in the summer, hoping that the young goalkeeper returns as a more complete player capable of challenging for a substantial role in the first team.