Ashalata Devi has enjoyed an impressive year by leading India to the Olympic 2020 Qualifiers Round 2 and winning the 2019 SAFF Championship title. Indian women’s football team captain Loitongbam Ashalata Devi on Friday was nominated for the AFC Player of the Year at the AFC Annual Awards which will be held at the Hong Kong Convention and Exhibition Centre on December 2.

The 26-year-old footballer from Imphal, capital of Manipur, has enjoyed an impressive year by leading India to the Olympic 2020 Qualifiers Round 2 and winning the 2019 SAFF Championship title.

The defender was also instrumental in helping her club, Sethu FC, win the Indian Women’s League crown. She was subsequently voted as the Women’s Player of the Year for the 2018-2019 season by the All India Football Federation (AIFF).

China’s Li Ying, who was part of the team in the FIFA Women’s World Cup France 2019 and Japan captain Saki Kumagai were also nominated for the AFC Player of the Year award in women’s category.

The AIFF also earned a nomination after being named among three federations for AFC President Recognition Awards in Grassroots Football (Developing) category.

Ritu Phogat aims to continue winning streak at ONE Championship 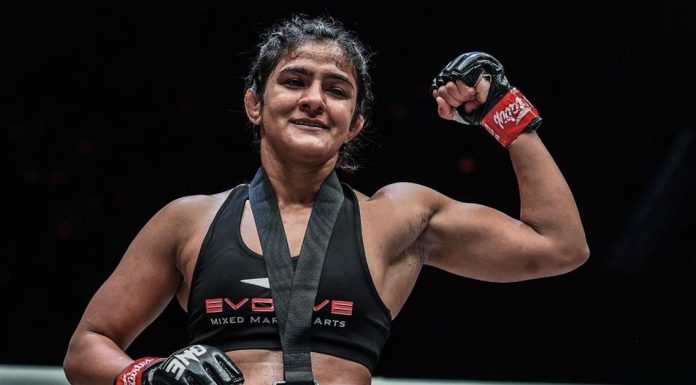 Team Bridge - January 21, 2020
Indian wrestling sensation Ritu Phogat goes for her second win in a row in her budding mixed martial arts career when she locks horns with China’s Pro MMA fighter Wu Chiao Chen at ONE: KING OF THE JUNGLE as the largest global...
Read more