Home Law in Sports I abused my passion and I never liked competition: Abhinav Bindra
FeaturedLaw in Sports

I abused my passion and I never liked competition: Abhinav Bindra 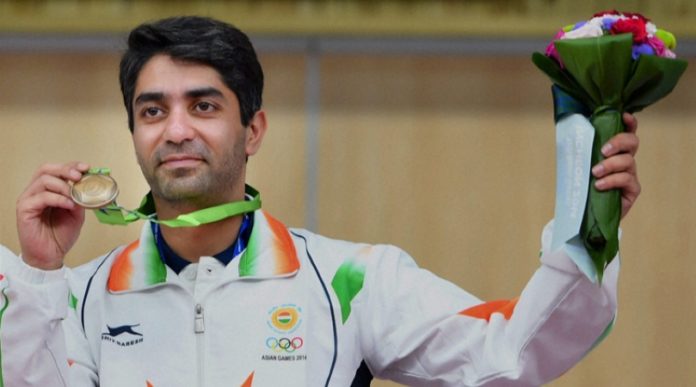 Sport is a mirror to society, and it involves the biggest participated event in the world. People who don’t even participate in sports love watching it because they love the idea of the human body and mind doing something which the common people can only imagine about. It comes as a vicarious achievement for the masses when their favourite teams and athletes succeed.

The sheer strength of the athletes and the expectations around them make them the most loved persons in the world. However, amid the fandom, we often overlook the mental stress our athletes undergo in pursuit of excellence. When it comes to high-performing sports, athletes are supposed to be brave and strong, but what goes inside their mind is sidelined.

“I remember sitting in my room for four or five days not wanting to be alive, not talking to anybody. That was a struggle for me … I reached that point where I finally realised I couldn’t do it alone.” These were the words said by swimmer Micheal Phelps, who is arguably the most successful and most decorated Olympian of all time with 28 medals under his belt.

Even the best in the business have suffered anxiety, and trauma with the constant pressure put their best foot forward. The discussion on athletes and their mental health took centre stage in one of the sessions on Saturday at the Sports Law Policy Symposium 2019, held at the Bangalore International Centre.

The conversation was based upon the perception of athletes being extraordinary, and how they are often regarded as prone to depression. Their whole ecosystem is built upon the premise of outcomes and performances but not the human side of it.

Bindra, who is now on the IOC panel and working on the mental wellbeing of athletes, said,

“The biggest myth about athletes is that they are mentally very strong, athletes are as vulnerable as anybody else. The continuous pressure of success and unexpected failures, exhaustive training can affect mental health. The human side of an athlete is not often looked into.”

The discussion stressed the importance of sports to look into the human side of athletes. A lot of athletes have faced anxiety issues. But the stigma attached to depression often holds them back to reveal it and take professional help.

Dr. Jain, who has been working with elite athletes for a couple of decades, points out that there has been a change in patterns of the mental health complications, which athletes face today. The professionalism and the desire to win have increased the load on performers and the time has come to distinguish the symptom and disorder. “The kind of pressure an athlete takes up from the socio-political environment, expectations from families, friends, coaches to be successful at all cost, all these add up to their mental woes and affect them. And these expectations are often heightened when they are put out in public in front of the media,” he said.

Talking about his own experience, Bindra said, “I abused my passion. I did not maintain a balance. By abuse, I mean the single-minded focus on one thing. It is not the way go about. It definitely gives you success, but in the end, a gold medal is not everything in life. If you find the right balance, you will see that you will be able to be at your best. I was a very good athlete and was always performing my best in training, but I always struggled in competition, I never liked competition. I put all my eggs in one basket, and there was a lot of anxiety. I was never the best version in competitions I could have been”

While talking about the reason for developing anxiety, Dr. Jain added that the desire to attain perfection is always the cause of stress for players.

He said, “Narcissism of focussing continuously on one’s performance and the perfectionism that comes from a sense of striving to achieve perfection give rise to immense anxiety. Psychological forces give rise to ambiguity, which makes a huge impact on athletes.”

Anisha, who is the daughter of legendary shuttler Prakash Padukone, and who runs the Live Laugh Love Foundation working on doing away with the stigma of mental health, said, “Growing up in a sporting family, being exceptional was always an underlined emotion. One of the challenges for me was to accept that it is okay to fail. And for many athletes, it should be highlighted that it is okay not to succeed. We, at our foundation, are focussed on to fight the stigma of mental health.”

Sharda Ugra spoke about the determination of athletes to punish themselves and always trying to give more and more, pushing themselves to the limit and beyond. The discourse moved on to the importance of having a mental conditioning expert, where she cited the example of the Indian cricket team. Bindra added, “It is the responsibility of coaches and the entourage who should be able to take care of the athletes’ mental health as well. We have a lot of physical screenings for athletes, and the IOC should come up with measures to check upon an athlete’s mental health as well. We, as a part of IOC, are working on tools to focus on mental health. There should also be awareness campaigns at the national level.”

Today, with more athletes coming up and revealing about their depression and anxiety is showing a path for the future generation not to hide their complexities and seek help.

“I feel failure teaches you a lot more than victory. Accepting failure should be the first step for athletes and these could teach us a lot more. It is important to have some support system of coaches and family members who can help bear down the pressure of these athletes,” added Anisha.

The session ended with the conjecture that well being of an athlete should be prioritised and it is not only physical health but also mental health, which should be focussed on. In India, athletes often do not come out about their problems because their livelihoods are dependent on sports only. Such should not be the case and more coping mechanisms should be developed as the country walks towards freedom to discuss mental health.

With this deal Bala Devi has joined the league of stellar performers like Mohammed Salim, Bhaichung Bhutia, Sunil Chhetri and Gurpreet Singh Sandhu, among others, who have played for European clubs in the past.
Read more
129,563FansLike
11,096FollowersFollow
6,634FollowersFollow 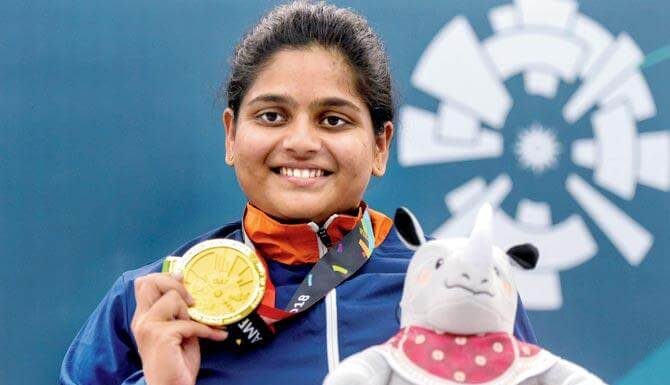 Press Trust of India - February 19, 2020
Asian Games and Commonwealth Games gold medallist shooter Rahi Sarnobat believes many children are inspired to take up sports in the country due to the Khelo India Games. The Indian government has spotted many talents through the three editions of the Khelo India Youth...
Read more