It could well have been a scene that was tailormade for a blockbuster and the tension was nothing short of palpable.

The anxious crowd at the Kalinga Stadium erupted with folded hands when the Indians earned a PC while they trailed a formidable Netherlands side by a 1-2 margin in the quarterfinals of the 2018 World Cup.

With five minutes left on the clock, the hosts were down to ten men but Max Caldas’ side handed the Indians a lifeline when Sander Baart brought Chinglensana down in the Dutch circle thus giving the home side a chance to draw level.

The epic moment saw Varun Kumar line up alongside the ever-dependable Harmanpreet Singh as the Dutch runners crouched in wait. It was just the kind of situation that teams save their most priceless PC variations for.

True champions are created in times such as these and it was a short corner that could well have altered the course of Indian hockey.

For reasons best known to them, the Indians opted against using a variation, and Blaak padded Harmanpreet’s flick away before doing the same one more time as the defender from Punjab tried a tomahawk off the deflection.

The PC strike lacked sting and was hardly the kind of weapon a think-tank prepares for a game as crucial as a World Cup quarterfinal.

After having made it to the knockout stages of a home World Cup, the Indians faltered and were knocked out of Odisha 2018.

Manpreet Singh and co. converted five of their 14 PCs at the World Cup but a sixth, at the death and under pressure, was the one that could have made all the difference.

It was an opportunity lost for Harmanpreet, and more importantly his accomplished mentor, Chris Ciriello.

The man who seemed to be able to score PC hattricks at will, like he did twice in 2014 against the Dutch in the World Cup title clash, and against India in the final of the Commonwealth Games could not quite rub his magic onto the Indian boys as much as their fans would have liked him to.

Time rolled on, and after what seemed like ages, Rupinder Pal Singh’s admirers rejoiced as the towering lad from Faridkot set the Pro League galleries alight with a flurry of powerful and accurate PC flicks that rocketed their way into the netting at the Kalinga Stadium earlier this year.

The towering “Bobby” scored no less than five goals in six encounters with a devastating array of aerial shots mixed in with a few that were directed along the turf.

Just when it seemed that Harmanpreet Singh would end up being the mainstay of the Indian PC brigade that also boasted of Varun Kumar and Amit Rohidas, opposition coaches were no doubt alarmed as Rupinder too looked to have regained his magic touch ahead of Tokyo 2020.

Indeed, everything seemed to be falling in place at just the right time for Chris Ciriello’s wards when a virus played spoilsport resulting in the Pro League and the all-important Olympic Games being postponed.

When the Indian boys do step up to take the PCs that come their way in Tokyo next year, Ciriello will not be on hand to send out the instructions, or indeed, to determine when the variations would be unleashed or held back.

The 34-year-old Australian is one of the few coaches who quit the Indian camp without being shown the door and it goes without saying that the timing of the move is unlikely to help India’s buildup to Tokyo 2021, especially at a time when all international competition has ground to a halt.

The resignation of an Analytical Coach that comes close on the heels of the exit of the High-Performance Director may seem alarming to Indian hockey fans just when the team’s Pro League heroics against the top three teams nurtured hopes of an Olympic medal.

Yet, the proverbial stiff upper lip is what comes in handy for the players who have learnt to deal with a perceived instability that is more the norm than the exception as far as Indian hockey is concerned.

Yet again, the search for coaches will begin and yet again will the entire setup be tested when the newcomers from another land attempt to familiarize themselves, on and off the pitch, with the peculiarities of a subcontinent that once ruled the game of hockey.

So, how much will Chris Ciriello’s sudden departure cost the Indians with less than a year to go before the 2021 Games?

A million-dollar question, indeed, as the champion drag-flicker was assigned the role of an Analytical Coach when all Indian hockey fans wanted was for Ciriello to get the Indian PC battery all charged up to fire in the short corners by the dozen.

As far as the short corners are concerned, the 2018 Champions Trophy was to have been the first litmus test for Ciriello who had joined the Indian camp before the Gold Coast Commonwealth Games earlier that year.

A dry pitch at Breda left most teams struggling to even stop the ball cleanly, and although Gonzalo Peillat (who had almost single-handedly earned the Argentinians their first Olympic gold thanks to his PCs) was the highest scorer with 6 goals, it was not a record he would have been particularly proud of considering his prowess.

The PC statistics, however, were overshadowed by a well-deserved Champions Trophy silver medal, and as the Indians went on a rampage against the many minnows at the Jakarta Asian Games, it was futile to try and make sense of the numbers as several continental milestones were wiped out in a blaze.

Both Varun and Harmanpreet found the net in the semifinal of the Asian Games against the Malaysians but converting two of the seven PCs earned was not enough to prevent an ignominious defeat for Harendra Singh’s team.

Coaches around the world have acknowledged the fact that converting PCs is getting increasingly difficult as rival camps monitor the drag-flickers every routine with the runners ready to take body blows in an attempt to keep the ball away from the citadel.

Ciriello’s Indian roots (his mum was born in Kolkata) and his love for Indian hockey was what inspired him to try his hand at imbibing the Aussie art of winning into the Indian camp.

After all, the man who has been part of an Australian team that won the Olympic bronze in 2012, the World Cup gold in 2014 and the Champions Trophy gold in 2012 and 2016 knows more than a thing or two about how to get onto tournament podiums.

While the Big Dog’s exploits as Analytical Coach of the Indian men’s team may not have been as spectacular, few can deny the fact that the eight-time Olympic gold medalists have learned to compete at the highest level like never before in the recent past, and the fourth best team in the world may yet climb the ladder as Ciriello tracks their moves from afar. 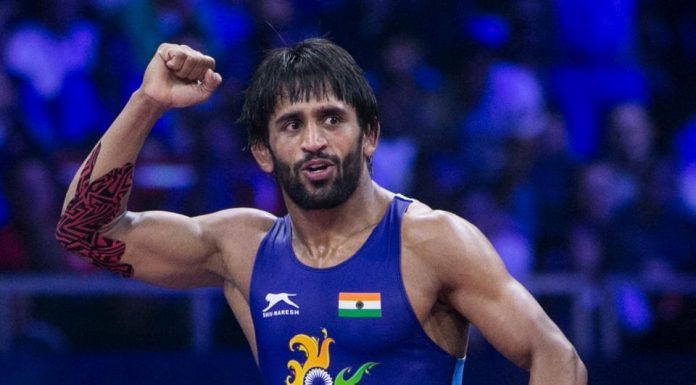 Press Trust of India - Modified date: October 22, 2020
Not getting any competition before the World Championships is not ideal but India's top wrestler Bajrang Punia says neither is lining up for any or every event amid a raging pandemic and he would rather go straight to the big event, albeit a bit...
Read more