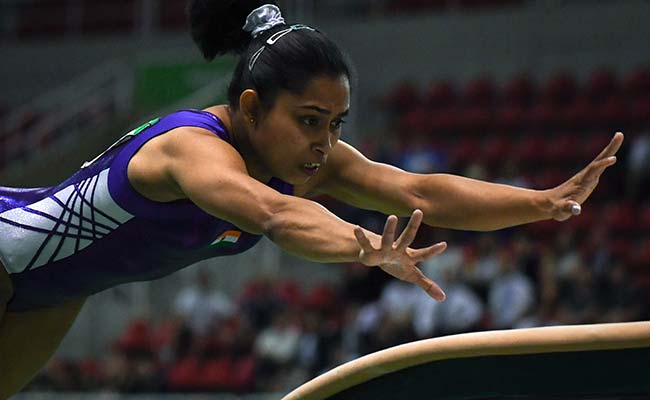 2019 is set to be the year for major Olympic qualifications for the Tokyo 2020 Games. For Gymnastics, the positive journey begun by Indian gymnast Dipa Karmakar who bagged a Bronze at the Artistic Gymnastics World Cup in Cottbus in November 2020, it seems that things may not be that smooth sailing henceforth. PTI has quoted a top official of the Gymnastics Federation of India saying that the Sports Authority of India (SAI) was yet to clear the Indian contingent for the upcoming twin World Cups in Baku and Doha.

The World Cups are scheduled to be held on back to back dates in Azerbaijan and Qatar from March 14-17 and March 20-23 respectively. Apart from Dipa Karmakar, who is participating in both events, entries of Yogeshwar Singh and Ashish Kumar were reportedly sent in the men’s artistic section at the Doha event.

According to GFI President Riyaz Bhati who was nominated by the Federation to accompany the contingent to both events, SAI Project Manager Rajinder Pathania wants to travel with the contingent himself which is the reason for the contingent not getting cleared.

“GFI has fulfilled its responsibilities concerning registration in a fair and timely manner and have informed all concerned. However, there is a lack of clarity from the Sports Authority of India and the sanction has still not been released with just 10 days remaining for departure for World Cup in Baku,” Bhati was quoted as saying by PTI.

“As the vice-president of Gymnastics Federation of India, I have been registered as head of delegation for both the World Cups. I personally called up Rajinder Pathania to check the status and he informed that an official from SAI, preferably himself, should be registered to enable him to get the file cleared. I informed him that the federation will do the needful provided we have a formal communication from SAI,” he added.

As a sport, this is not the first time that Indian gymnasts have sufferred because of bureaucratic issues. In 2018, Artistic Gymnastics’ less popular counterpart- India’s Rhythymic Gymnasts were not cleared for participation at the 36th FIG Rhythmic Gymnastics World Championships in Sofia. The history of the GFI’s problematic structure which led to it being derecognised, as a consequence of the derecognisation, also saw the Sports Ministry not clear gymnasts for Doha 48th Artistic Gymnastics World Championships.

The World Cup series- consisting of 8 in a year, are a part of the qualification series for Tokyo 2020. For a gymnast to be eligible for Olympic qualification, they must participate in at least three out of the eight World Cups.

Sayan Chatterjee - Modified date: October 21, 2020
Indian Super League (ISL) outfit Jamshedpur FC have completed the signing of Aussie winger Nick Fitzgerald with an official announcement made through their Twitter account a little while back. As first reported by The Bridge, the 28-year-old is in line to follow in the...
Read more