In numbers: The calm planning that led to Bengaluru Bulls’ maiden PKL title On 5th January 2019, Bengaluru Bulls clinched their maiden title against the Gujarat Fortune Giants 38-33 at NSCI SVP Stadium, Mumbai. Bengaluru Bulls started the finals as favourites but they were behind at the end of 1st half trailing to Fortune Giants by 9-16, and they came back sharply in the 2nd half to win season 6.

Bengaluru Bulls consistency, team coordination and tactics throughout the tournament helped them to become a successful team. The major areas where Bulls outclassed the Fortune Giants are the following:

Throughout the tournament Pawan Sehrawat was the stand out raider for the bulls his agility and tactical mind was handy for the team. On the night of finals, he was the difference between the two sides.

Gujarat FortuneGiants were able to stop the other raiders like Rohit Kumar from scoring points but were not able to capitalise on Pawan Sehrawat who was the in-form player for the Bulls. Out of 38 points, 22 points were single-handedly delivered by Pawan Sehrawat.

Gujarat’s inability to capitalise on raids

FortuneGiants did comparatively well against their qualifier performance as they were able to get Bengaluru Bulls all out thrice and they had a stronghold in the first half. They were leading 16-9, but in the 2nd half Bulls, strategic and efficient raids were too hard to handle which led to 5 points loss to Bulls.

Raid points by the Bulls were decisive

In this analysis, it is evident that Pawan Sehrawat has effortlessly outclassed the entire FortuneGiants team. One point to ponder for the Bulls was captain Rohit Kumar’s inability to get successful raids. He had only one successful attack and five unsuccessful.

On the other hand, FortuneGiants had Sachin and K Prapanjan as their best raiders who collectively got 16 successful raids, but it was less regarding what Sehrawat has delivered for the Bulls. Sehrawat’s 20 successful attacks were critical in Bulls championship win.

The match was very close and exciting but it was Bengaluru Bulls who had the championship in their hands. Pawan Sehrawat was adjudged as the valuable player of the tournament.

The COVID-19 pandemic has led the TV industry come up with different things to keep the audience engaged and entertained. In a new development,...
Read more
Coronavirus

Responding to supplementaries during the Question Hour, the Minister of State for Youth Affairs and Sports said kabaddi is an indigenous sport and that the government would make efforts to take it to the Olympics.
Read more
Kabaddi

The Sports Ministry is expected to inquire into the unauthorized participation of an Indian kabaddi team in the circle style World Cup...
Read more
139,557FansLike
13,677FollowersFollow
7,858FollowersFollow 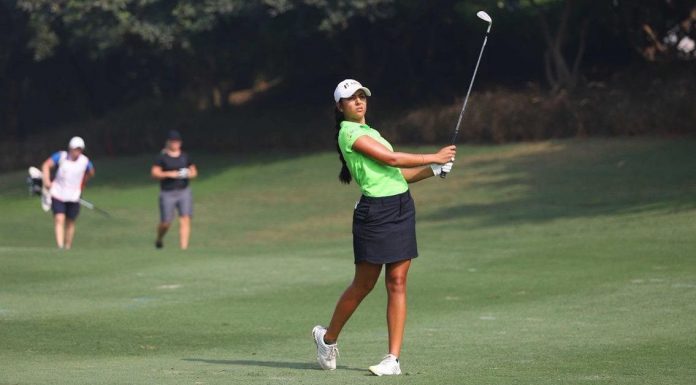 Press Trust of India - Modified date: September 18, 2020
Indian golfer Tvesa Malik shot an opening round of one-under 70 in blistering hot conditions in the Open De France to be Tied-seventh on the tough par-71 Chateaux Course. Malik opened with a birdie but gave away back-to-back bogeys on third and fourth. She...
Read more