Around 200 ardent Mohun Bagan fans took to the streets on Sunday morning to protest against the ‘ATK’ prefix in front of their beloved club’s name. Another bone of contention is the repeated usage of ATK’s away kit from last season as the Mariners’ third kit for the ongoing Indian Super League (ISL) campaign. It was first seen in the match against Chennaiyin FC after which the club management had reassured fans that the matter will be looked into. However, with the side playing against FC Goa in the same kit once again, the fans feel let down and betrayed.

The protesting group first reached the club tent in the early hours of Sunday before moving on towards Victoria House in Central Kolkata, also known as CESC House, which is where Sanjiv Goenka has his office. The #RemoveATK banner was a consistent theme, as were calls to demerge the two clubs. While the supporters have come to terms with the fact that this season might be a little too late for the change in name to take place, they want Sanjiv Goenka’s Kolkata Games & Sports Pvt Ltd to stay on as lead investors from the upcoming season but without the ATK prefix in the club’s moniker.

Meanwhile, officials at the club tent have claimed that the protesting group misbehaved with lower level club employees during Sunday’s congregation. With the club’s general meeting scheduled to take place in the next few days, they invited fans to present their views there instead of protesting in front of the club tent. On the other hand, supporters have threatened to organise even bigger protests in the coming days. They have also said that they’ll take out similar protest rallies and cover the whole of Bengal with posters against the current regime if their demands are not heard soon enough. 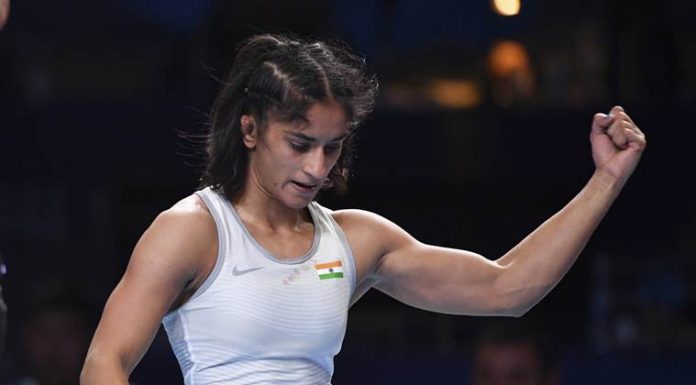 The Bridge Desk - Modified date: February 27, 2021
India's ace female wrestler Vinesh Phogat enters the final and ensures herself a silver medal on her return to action after a year at the XXIV Outstanding Ukrainian Wrestlers and Coaches Memorial, in Kyiv on Saturday. In the semifinals of 53kg women's wrestling, she defeated...
Read more