Danish Farooq, one of the marquee footballers of the Real Kashmir Football Club, has a habit of talking to his family members before he steps onto the ground to take part in any crucial match. Mohammed Hammad, one of the key defenders of the team also calls up his mother at Srinagar and asks her to pray for their team before any tournament starts. However, these regular practices took a toll on 5 August 2019, the day when the central government revoked Jammu and Kashmir’s special status, stripping away its autonomy. Since then the total communication between the valley and outside world has shut down. Amid complete crackdown of communication, the team left Srinagar on the same day.

RKFC, after having lost to Mohun Bagan in the Durand Cup semifinal in Kolkata is now in Mumbai for a two-week pre-season training. Speaking to The Bridge from Mumbai, Omar Babri, the team’s media manager stated, “I am from Srinagar. We are five members in our family, including my parents. I have a brother and sister also who are college students. The anxiety after the communication clampdown is not only because we are not being able to communicate with our family members, it is also because I am worried about my siblings who are not being able to go to their respective schools and colleges.”

Danish Farooq has five younger sisters, and he also shares that even he had to spend a couple of sleepless nights. Omar revealed, “Initially, I along with coach David Robertson and the team’s manager tried to motivate the players and they, being professional footballers have gradually overcome the mental pressure and tried to concentrate to the matches. But I must say initially, after the communication clampdown it became tough for the footballers to shrug off and boost them for Durand Cup.”

Surprisingly, none of the footballers is allowed to speak to their families even now during the pre-season training! So, on condition of anonymity, one of the experienced footballers informed his frustration over the situation saying,

However, in spite of this anxiety and frustration, Real Kashmir footballers’ spirit of delivering inspired football did not vanish as we witnessed a vivid performance even in the semi-final against Mohun Bagan, which went on to extra time. That is why one of the footballers said on condition of anonymity, “After all we are professionals. We have to deliver.”

Indian shuttlers PV Sindhu and K Srikanth seemed to have been at the receiving end of the convenient rules incorporated by the Badminton World...
Read more
Football 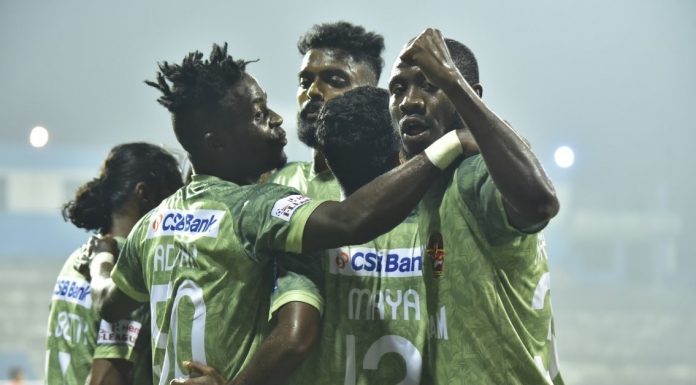 Sayan Chatterjee - Modified date: January 26, 2021
I-League outfit Gokulam Kerala FC are skating on thin ice at the moment. According to reports in the media, the FIFA Dispute Resolution Chamber (DRC) has given the club 45 days to resolve a financial dispute with their former player Malemnganba Meitei, failing which...
Read more