An English football classic kick-started the second day of the PL-ISL Next Generation Cup Mumbai 2020 with Chelsea FC squaring off against Manchester United FC at the Reliance Corporate Park Football Ground in Navi Mumbai on 25 February.

The Chelsea boys emerged 1-0 winners over their United counterparts, building on their win from the previous evening.

In the 6th minute, the West Londoners surged ahead when Kamarni Ryan followed through on Chinonso Chizuebe’s shot which rebounded off the goalpost. Ryan made no mistake and slotted the ball home. United U-14s responded well after conceding but failed to get the elusive equaliser before the half-time whistle.

However, the closest they came was when Ruben Curley clattered the crossbar off a direct free-kick from 25 yards in the dying embers of the first period.

In the second half, Ethan Wheatley helped United orchestrate a couple of attacks but the Chelsea defence remained resolute. Louis Jackson fouled Jack Phillips and was subsequently sent off for his challenge.

Despite being a man down, the Young Red Devils pressed on and went incredibly close in the 46th minute when Finley McAllister’s shot was palmed away by Max Merrick as Chelsea held on their second consecutive win of the tournament.

In another game of the day, the Reliance Foundation Young Champs defeated Southampton 3-0. The Young Champs seemed to get in the groove from the get go against their English opponents. The ‘Young Saints’ were up for a tough fight and had come increasingly close to scoring the opener.

It was midfielder Harsh Palande who handed the home side a lead in the 10th minute. Palande smartly made his way into the box, subtly collected the ball and slotted it into the net with his left foot. Palande could have doubled his tally in the 42nd minute but his shot was saved by Southampton’s goalkeeper, Bastian.

A couple of minutes later, another Harsh, this time the striker Vaghela, came off the bench to tap home from handshaking distance. Silajit Santra, who had scored against Chelsea the other night, added another in injury time. Santra ran in through the flank to shoot the ball into the net, rounding off a commanding victory.

The third game of the day which saw Indian Super League (ISL) sides from FC Goa and Bengaluru FC pitted against each other. The young Gaurs defeated Bengaluru FC 2-1.

The Goans looked comfortable in possession-play from the very outset, as Rayan Menezes, the Junior Gaurs’ central midfielder remained pivotal to keep the game ticking from the centre of the park

Bryson Pereira finished off a flowing move that had originated on the right flank in the 11th minute, all thanks to some rigid build-up play. Bengaluru FC kept trying to restore parity but were unable to do so in the remainder of the first half.

After the restart, the Young Blues looked a much better attacking outfit, with Monirul Molla spearheading their charge. However, their forays were contained impressively by an FC Goa rear-guard, which was marshalled admirably by the likes of Reezvon Sebastiao Fernades and Wesley D’Sa.

In the 46th minute though, Bengaluru FC got their equaliser when Yaphaithoi Magsatabam prodded home from close range. The ball broke to him after Prajay Gawde’s heroic goal-line clearance bounced off the crossbar.

Both teams pressed incessantly for the winner in the dying stages of the match. In the final minute of regulation time, Rohan Mangaonkar scored with a 30-yard screamer to ensure that the Gaurs tasted victory for the first time in the tournament.

Tiri is set for a return to three-time Indian Super League (ISL) champions ATK FC, who are set to merge with Mohun Bagan and...
Read more
Football 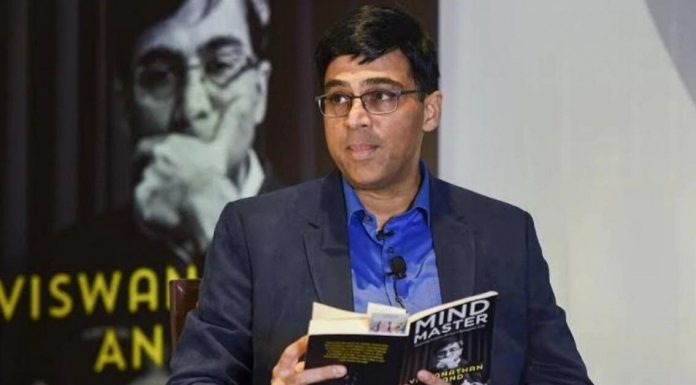 Press Trust of India - Modified date: May 27, 2020
Five-time world champion Viswanathan Anand feels the advent of computers has changed the way players have approached chess over the years, with the two opponents sitting in front of the board remaining the only constant in the game. Talking about about his journey, the...
Read more