While the 2018 Russia World Cup saw Russian women warned against having sex with foreigners, the 2022 Qatar World Cup has banned sex entirely for all unmarried fans and players and one can be jailed for up to 7 years, if guilty!

If you happen to be single with a desire to er, mingle in more ways than one on your visit to Qatar for the 2022 Football World Cup, chances are that you would be jailed for up to 7 years if found having either heterosexual or homosexual relations (sorry, no one-night stands plans).

With this announcement, FIFA officials have technically put a sex ban at the Qatar Football World Cup as no unmarried fans and players will be allowed to have sex while in Qatar as the country severely opposes sex outside marriage and doesn't support homosexuality as well and adheres strictly to the Sharia law.

Bummer, you think? But it is what it is with a Middle Eastern country hosting the World Cup for the first time - typically an event filled with rowdy, hormone-charged fans, as is expected with any other sporting extravaganza. But all of these emotions and hormones will have to be put on a leash (don't think!) as even any public display of affection (we mean, PDA!) is highly frowned upon in this conservative country all set to play host.

In a statement, the Qatar Supreme Committee for the delivery of the 2022 World Cup, scheduled for November 21-December 18, said: "Qatar is a ­conservative country and public ­displays of affection are frowned upon ­regardless of sexual orientation"

A police source conveyed to the Dailystar UK: "Sex is very much off the menu unless you are coming as a husband and wife team. There definitely will be no one-night stands at this tournament.

🇶🇦 For the first time in history, sex will effectively be banned at a World Cup for players and fans who are not married.

👉 Sex outside of marriage is illegal in Qatar and any fan who has a one-night stand at the World Cup risks going to prison for seven years.

"There will be no partying at all really. Everyone needs to keep their heads about them, unless they want to risk ­being stuck in prison.

"There is essentially a sex ban in place at this year's World Cup for the first time ever. Fans need to be prepared."

If these statements sounded like one blow after another, there is more to come. With no partying also on the cards, it also essentially means that there will be no alcohol drinking and getting tipsy and subsequently frisky enough to hanky-panky around, as drinking in public is also considered a crime in Qatar. 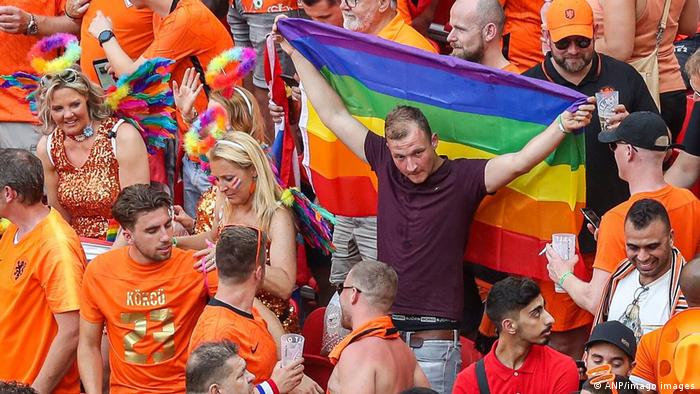 A Dutch fan holds up the pride flag during a Euro 2020 match at Budapest (Source: ANP)

The reality is much grimmer for queer folks as Qatar is yet to legalise homosexuality. In December 2021, the chairman of the local organising committee Nasser Al-Khater said that "homosexuality is not allowed" in the emirate. But he promised that LGTBIQ+ fans will be allowed to attend matches but FIFA advises that fans don't carry out any sexual activities during that span, given the host country's cultural practices.

Not only that, reports suggest that fans wanting to use the rainbow pride flags will also not be allowed and the flags might be taken away from them lest they suggest that Qatar is promoting gay rights, which they are strictly against. 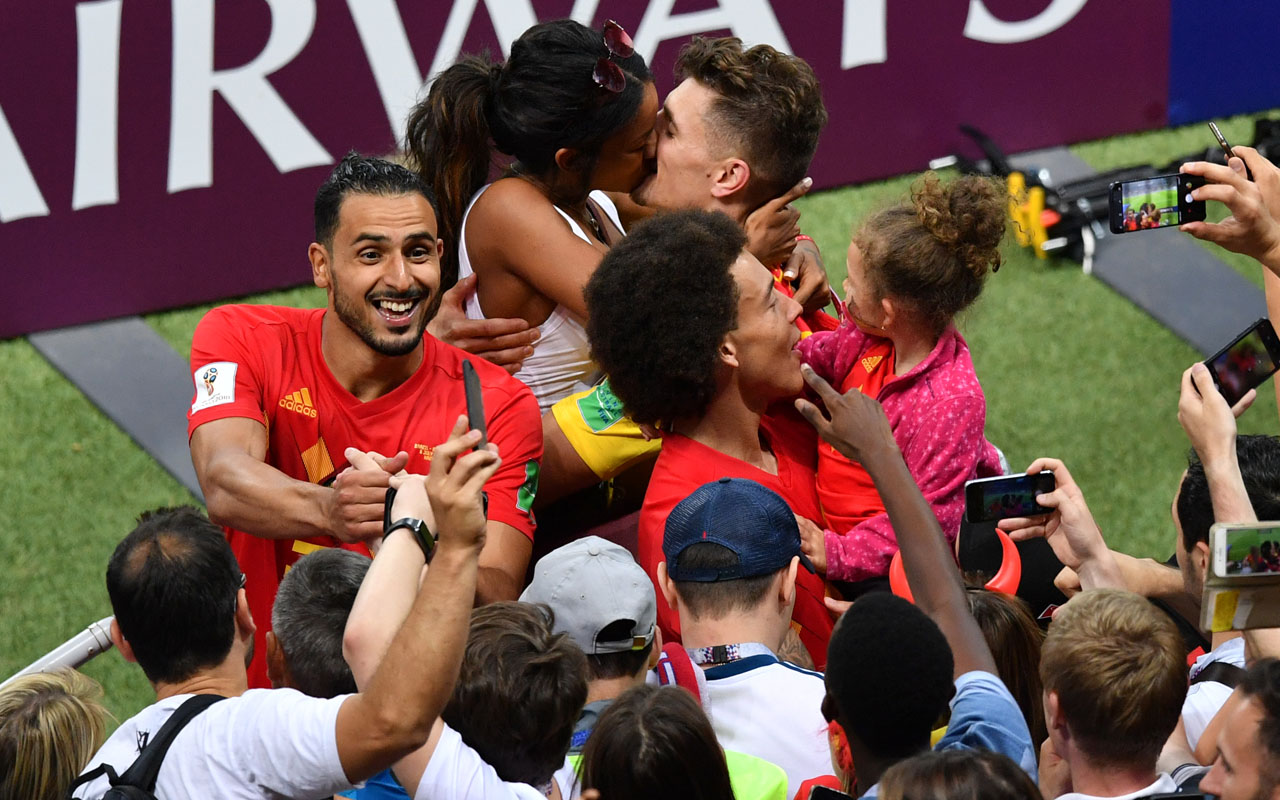 Let's rewind you to the 2016 Rio Olympics and give you a short glimpse of the sex mania associated with sporting events of this stature. Rio, is as poles apart from Qatar as one could expect, geographically and especially culturally and therefore the Rio Games saw a 129% hike in matches on dating apps in the Olympic village and as many as half a million (you read that right!) condoms - 450,000 were used during Rio Olympics. Take that for mere figures!

"With a once-in-a-lifetime experience, you want to build memories, whether it's sexual, partying or on the field," Hope Solo, an American soccer goalkeeper had told ESPN during the 2008 London Olympics.

"I've seen people having sex right out in the open. On the grass, between buildings, people are getting down and dirty," Solo had remarked.

The condom machine AT THE EXIT OF THE DINING HALL. pic.twitter.com/pt9RbKyiH9

And now we come back to Qatar where sex between unmarried people (both heterosexual and homosexual), drinking, partying, waving the pride flag - will all have to be curtailed and all focus has to be lent to the game and game alone that will kick off from 21st November and conclude with the grand finals on 18th December, this year.

At the 2018 Russia World Cup, a similar ban, of sorts, was imposed when Russian citizens were sent out a stern warning by Communist Party's Tamara Pletnyova, the-then Parliament head of the committee for families, women – do not have sex with foreigners. Especially foreigners who aren't white, prohibiting Russian women to have sexual relations with people from Asia, Africa and Latin America in a radio interview on the eve of the start of the tournament. Plentnyova's reason behind this warning was that mixed-race children, especially those of colour, pose to be subjected to discrimination in Russia.

With the Qatar World Cup lined up next, single fans and players alike will have to ensure that they keep their hormones in check, the booze hidden from public view and the partying and philandering thoughts kept out-of-sight-and-out-of-mind, just to respect the host country's cultural values.