The Indian Super League (ISL) announced its fixture list for the first 11 round of matches of the 2020-21 season on Friday, with the first match scheduled to be held between Kerala Blasters FC and ATK Mohun Bagan FC on 20th November, 2020 at the GMC Stadium, Bambolim, Goa..

The first Kolkata derby in the ISL between new comers SC East Bengal and ATK Mohun Bagan will be played on 27th November, 2020 at Tilak Maidan. This match will also mark East Bengal’s debut in ISL. To minimise the impact of Covid-19, the seventh season of the ISL will be played in Goa with 11 teams. With the number of teams increasing, so has the number of matches this season — from 95 to 115, including play-offs.

While there was some speculation on what the format would be, the organisers have adhered to the dual-leg league format of the past six seasons. All 11 clubs play each other in a double round-robin format. The top 4 clubs on the points table at the end of the regular season qualify for the playoffs.

It is to be noted that the first month of the season has been lost due to the coronavirus pandemic (usually, the ISL season starts around mid-October). With the AFC Champions League and AFC Cup all scheduled to start in February-March, ISL clubs — in particular, those in continental competitions — could face a relentless schedule towards the latter stages unless, of course, the continental tournaments are also postponed.

ISL embarks on a unique season with the entire league to be played behind closed doors under a bio-secure bubble in Goa across three venues – JL Nehru Stadium (Fatorda), GMC Stadium (Bambolim), and Tilak Maidan (Vasco).

The first 11 rounds feature 6 double-headers – all Sundays, with Jamshedpur FC and Odisha FC playing in the first 5 PM kick off this season on November 29, at the Tilak Maidan Stadium. Last season’s League Shield winners FC Goa begin their campaign against former champions Bengaluru FC at 7:30 PM on Sunday, November 22, at the JL Nehru Stadium in Fatorda.

The schedule for the remaining 55 league matches will be published in December post clarity on calendar dates of Asian Football Confederation (AFC) Competitions matches. 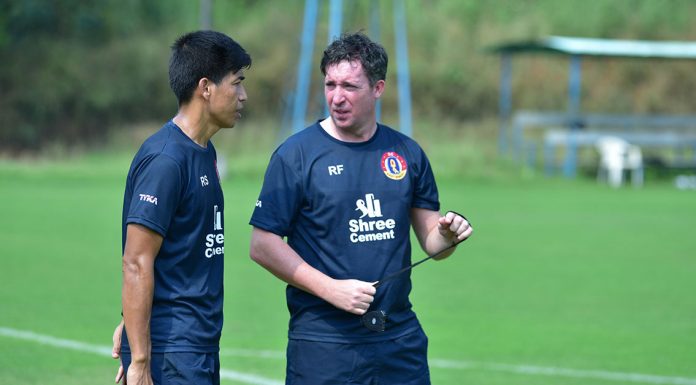