The City Football Group (CFG)-backed franchise has been making the right moves in the transfer window ahead of the upcoming season. After having roped in former FC Goa head coach Sergio Lobera, the Islanders acted quickly to secure the signings of Mandar Rao Desai, as reported by us, Ahmed Jahouh and Mourtada Fall — all from Lobera’s old team.

Mumbai City are also in it for Kerala Blasters star Bartholomew Ogbeche but they have to fight out at least one other club, not Kerala, to secure his signing. #IndianFootball #HeroISL #Transfers

Mumbai also completed the signing of Vikram Partap Singh, who has been dubbed as the next big thing in Indian football, thus indicating their desire to build  a squad for the future. However, Lobera has realised the need to add more firepower to the first team. Le Fondre and Ogbeche have emerged as top targets at the moment and talks with both are in advanced stages.

It is understood that Lobera is a big fan of Ogbeche, a boy wonderkid who has lit up the ISL since his arrival. The 35-year-old found the back of the net 15 times for Kerala Blasters last season and still has one year remaining on his contract. However, Kerala have been financially hit due to the ongoing pandemic and have reportedly asked several players to take a pay cut. Ogbeche, who until a few weeks back looked certain to stay put at Kerala, has been told that he can leave if he wants to.

While the Nigerian forward remains a priority for Mumbai, the club has also shown interest in Sydney FC’s star forward Le Fondre, who as we reported, is looking to make a switch to the ISL from the A-League. The Englishman, who scored on his Premier League debut for Reading, has been a prolific scorer for Sydney, the current league leaders in Australia’s top flight.

Initially, Hyderabad FC and FC Goa had shown interest in Le Fondre but both clubs have fallen behind in recent weeks. Mumbai value the 33-year-old the highest among the ISL clubs but it remains to be seen if the free-scoring striker eventually leaves the A-League. His current contract with Sydney, like Ogbeche, runs till 2021 and at least one more club from the A-League wants to sign him.

Things should take a more concrete shape in the coming days as the transfer window officially kicks off on 1st August.

Also read: Why is India a ‘hot drop’ for A-League stars? 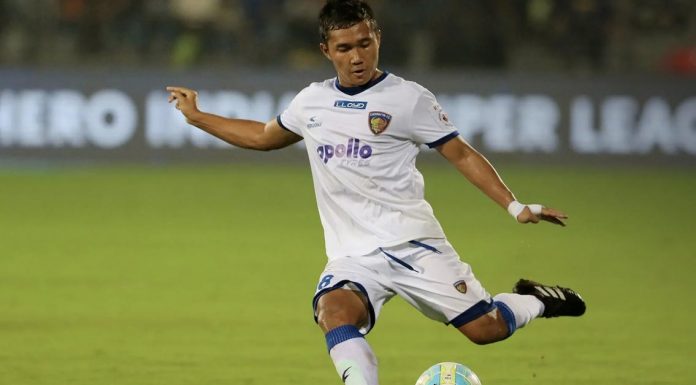 Team Bridge - Modified date: July 30, 2020
Two-time Indian Super League (ISL) champions Chennaiyin FC, on Thursday, announced that Jerry Lalrinzuala has renewed his stay at the football club after signing a new multi-year deal. Heading for a fifth season in Chennaiyin blue, the talented left-back from Mizoram has been a fan-favourite...
Read more