The Asian Football Confederation (AFC) has conferred JSW Bengaluru Football Club’s Youth Development Program with a two-star Academy status, in addition to its endorsement of the All India Football Federation with full membership of its AFC Elite Youth Scheme. Bengaluru are the only professional football club to gain the recognition, with the Reliance Foundation Young Champs Academy being the other.

The status, which is subject to re-evaluation after three years as per Article 6 of the AFC Elite Youth Scheme Regulations and Guidelines, has been granted to both entities for their ‘truly remarkable’ academies, according to Kushal Das, General Secretary of the All India Football Federation.

“I would like to congratulate Reliance Foundation Young Champs Academy and JSW Bengaluru FC Academy for receiving the two-star status. Their academies are truly remarkable and have been promising ones to deliver future stars of the sport,” said Das.

The Bengaluru FC Grassroots Development Program, set across Bengaluru and Bellary, has been in operation since the establishment of its BFC Soccer Schools Program in 2014. Over the years, BFC Soccer Schools has added as many as 20 centres across three states, expanding to Maharashtra and Gujarat, in addition to Karnataka.

Further to this, the club has added the U7, U9 and U11 day-boarding academies in Bengaluru, the club’s U13 and U15 Residential setup in Bellary, the U18 and Bengaluru FC Reserve team and the most recent Elite Program, which brings the best children from BFC Soccer Schools under one roof. Several graduates of the club’s Academy now ply their trade with the first team, a pathway that has proven successful for the club’s Youth Development program.

“We are very happy to be given this recognition, and it only increases our responsibility towards Youth Development in the country. We have always maintained that the progress of our Grassroots program and Academy teams is an important marker to the success of the club, and we look forward to setting the benchmark higher in the coming years,” said club CEO, Mandar Tamhane.

In a significant development, the Reliance Foundation Young Champs (RFYC) Academy based at Navi Mumbai has been conferred Two-Star Academy status by the Asian Football Confederation (AFC). The recognition was confirmed by AFC General Secretary Dato’ Windsor John in a communication to the All India Football Federation (AIFF) on Friday, July 3. For RFYC, the accolade is another feather in the cap after it became the first first youth academy in India to be granted a 5-star rating by the AIFF Academy Accreditation process in June, 2019.

The AFC expect rigorous criteria to be met before an academy is granted such a recognition. Assessments are made on the basis of the academy’s ability to provide leadership, planning, organisation, staffing, recruitment, finance, facilities, coaching, player health, coaching and fitness among other requirements. ((The detailed criteria can be found here https://www.the-afc.com/afc/documents/PDFFiles/afc-elite-youth-scheme-regulations-and-guidelines-2019-edition-2)). This is the first occasion that a residential academy based in India has been granted this status.

“To be granted Two-Star Academy status is indeed a proud moment for all of us at RFYC,” said Mrs. Nita Ambani, Reliance Foundation Chairperson. “Our goal is to unlock the huge potential of Indian football. I firmly believe in order to accomplish that, we need to create a world class eco-system that helps funnel the talent pool that exists across the country. This recognition by AFC will only strengthen our resolve to continue to strive towards excellence and ensure RFYC plays its part in putting Indian football on the global map. I thank AFC and AIFF for the honour.”

Since the inception of its journey in May 2015, RFYC has made rapid strides towards achieving its vision of creating not only the nation’s next generation of football stars but also future role models and leaders. Over the last five years, RFYC has emerged as not only the most well-equipped residential academy in the country but also as a nursery for budding talents scouted from across India. The rapid strides made were visible at the PL-ISL Next Generation Mumbai Cup earlier this year when the RFYC U-15 side defeated Manchester United U-14 1-0 to clinch third place, after having beaten Southampton U-14 3-0 earlier in the tournament.

In fact, the first batch of students recruited at the academy will be graduating later this year and have already attracted interest from scouts of professional teams in the Indian Super League (ISL).

In another notable development, the AIFF’s application for full membership of the AFC Elite Youth Scheme has also been approved. The scheme is a key step in talent development, designed to help Member Associations to further develop their youth programmes. RFYC, in conjunction with the JSW Bengaluru FC Academy, proudly assisted AIFF in its successful application. The JSW Bengaluru FC Academy has also been conferred Two-Star Academy status.

“I would also like to congratulate Reliance Foundation Young Champs Academy and JSW Bengaluru FC Academy for receiving a two-star status,” said Mr. Kushal Das, General Secretary, AIFF. “Their academies are truly remarkable and have been promising ones to deliver future stars of the sport.”

“It’s crucial for football development to have more top football academies,” added Mr. Isac Doru, Technical Director of the Indian National Football team. “RFYC Academy and JSW BFC Academy should be an inspiring story for all new academies in India.” 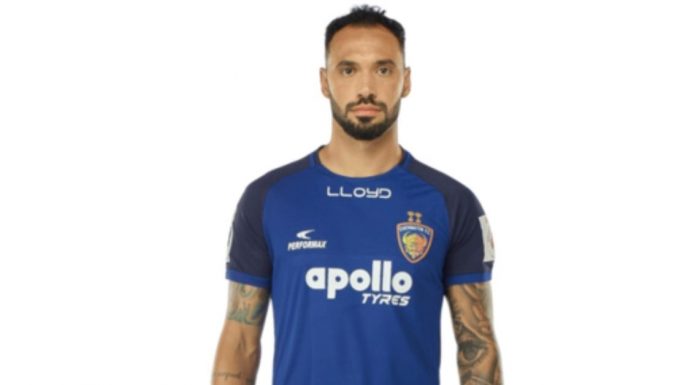 Press Trust of India - Modified date: August 12, 2020
ISL team Chennaiyi FC on Wednesday extended its contract with Brazilian defender Eli Sabia for the 2020-21 season, the club said. "I am delighted beyond words to continue my time at Chennaiyin FC. The love that my family and I have received from the club,...
Read more