"Sandesh brings a new energy into the team. He is an adept player and adds immense value to our overall strategy," Habas said.

Defending Indian Super League champions ATK Mohun Bagan on Saturday announced the signing of high-profile defender Sandesh Jhingan. The 27-year-old Arjuna awardee is said to be the highest-valued footballer in India but the club did not reveal the signing amount. “I am delighted to have joined ATKMB. I had a detailed chat with the coach and the owners and I admire their vision and I am very happy that they felt that I could be a part of the family,” Jhingan said in a press release, issued by the club.

The former Kerala Blasters defender was keen to ply his trade in Europe, preferably Portugal but because of the pandemic he changed his plans and joined the club, will compete in the AFC Cup 2021. Jhingan will form a troika with his India teammate Pritam Kotal and Spaniard recruit Tiri and he will have a chance to prove his mettle at International level. There is also promising Indian youngster Sumith Rathi in chief coach Antonio Habas’’arsenal. “I have a lot of friends already there in the team and I am looking forward to join them and start working together,” Jhingan said.

ISL Emerging Player of the Tournament in 2014 ✅

To sweeten all #Mariners taste buds.

Presenting you the Guardian of Defence.

Jhingan missed the entire 2019-20 season due to an injury and it remains to be seen how he lives up to the expectations of the frantic Mariners fans, especially after their merger with ATK this season. “And also, I want to say to all the loyal fans of ATKMB that together we will become not the only the greatest team in India but in Asia as well. For Glory ‘Joy ATK Mohun Bagan’,” he added.

Jhingan will join the squad in Goa where they are currently quarantining after arriving this morning ahead of the ISL, slated to begin in November third week. Head coach Habas was excited to get Jhingan in the side. “Sandesh brings a new energy into the team. He is an adept player and adds immense value to our overall strategy,” Habas said. The former Kerala Blasters player won the AIFF Emerging Player of the Year award in 2014 and debuted for the national team in 2015.

UTT postponed to next year due to COVID-19 pandemic 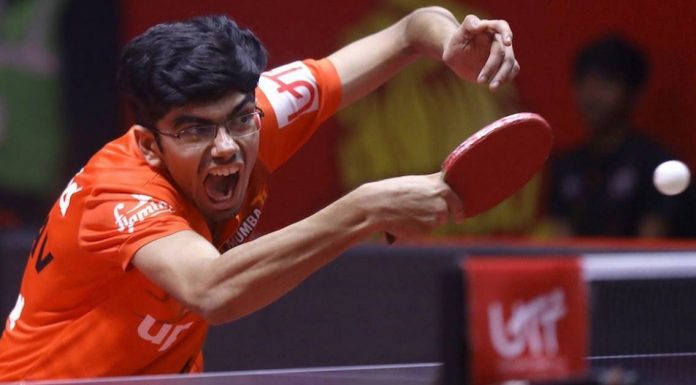 Press Trust of India - Modified date: October 16, 2020
The fourth edition of Ultimate Table Tennis (UTT) was on Friday postponed to next year due to concerns over health and safety of players amid the COVID-19 pandemic. The league was originally proposed to be held in India from August 14 to 31, after...
Read more