Match 4 of the 2021 Indian Super League (ISL) will see two relative newcomers, Odisha FC and Hyderabad FC, come face to face. Odisha finished sixth last season and will be looking to qualify for the playoffs this year. Hyderabad, who finished 10th, will also be looking for a drastic change in fortunes after some impressive off-field collaborations in the summer. The two sides have just met twice before, both last season, with Odisha winning both the matches.

The Nizams have tied up with German giants Borussia Dortmund as well as Spanish Segunda Division B side Marbella FC. They’ll now look to impress in the ISL after making a host of new signings and appointing Manuel Marquez in charge. Odisha too has a number of new arrivals and will depend on new head coach Stuart Baxter’s international experience to carry them through difficult moments. The match kicks off at 7:30 pm at the GMC stadium in Bambolim.

Odisha FC have the youngest squad in the ISL with an average age of just 22. Baxter’s side have also brought in some impressive names like Jacob Tratt, Steven Taylor, Diego Mauricio and Cole Alexander. While Taylor was a Newcastle United regular for 13 seasons, Tratt is a versatile defender who can play both as right back and as left back and has experience of playing in the A-League. However, he most probably won’t be fit for the match in time according to Stuart Baxter.

Furthermore, the 31-year-old South African Alexander has been brought in from Bidvest Wits in his country’s top division. An energetic midfielder who can do it all, he has played under Baxter previously in the South African national team squad. Lastly, Brazilian attacker Mauricio joins the side after spells in Portugal, South Korea, China and Saudi Arabia. He is set to line up alongside Marcelinho and Manuel Onwu in what should be a formidable attack for Odisha. They also have Indian talents like Jerry Mawihmingthana, Samuel Lalmuanpuia, Nandhakumar Sekar and the likes for good measure.

🎶It's a new dawn,
It's a new day,
It's a new life,
For us,
And we're feeling good!🎶#OdishaFC #AmaTeamAmaGame #HeroISL #Matchday pic.twitter.com/a3r7SOy5Jk

Hyderabad FC on the other hand have had quite a few problems in the build-up to the ISL season. Their former head coach Albert Roca had to be replaced by Marquez after the former accepted the opportunity of working with Ronald Koeman at Barcelona. He is now in charge of a much changed side that will look to get off to a flying start. The squad boasts of Indian names like Halicharan Narzary, Liston Colaco, Nikhil Poojary and the veteran Subrata Paul. They have also brought in the likes of Joel Chianese, Fran Sandaza, Lluis Sastre, Odei Onaindia and Joao Victor.

Chianese has joined after playing for Sydney FC and Perth Glory in the A-League while Sandaza joins from Spanish side AD Alcorcon. Meanwhile Sastre, an FC Barcelona youth graduate, also has experience playing for clubs like Real Zaragoza, Huesca, Real Valladolid and Leganes. Also a Spaniard, Onaindia is coming off the back of a brilliant season for Spanish second division club Mirandes while Brazilian Joao Victor spent last season in Greece with Crete FC. The Nizams also have Aridane Santana who will be facing his former side Hyderabad. The Spanish forward scored 9 goals in 10 matches last term before an injury stemmed his goal-scoring.

It is time to start something new, to lead ourselves onto a brighter path. A new beginning. A new era. Every step we take now, will make us stronger.
Soch mein naya dum, Khel mein naya dum. #HarKadamNayaDum, Hyderabad ke hain hum!#HyderabadFC 💛🖤@RanaDaggubati @MusicThaman pic.twitter.com/AnjlDz5VqH

The match will be telecast across Star Network’s sports and regional channels. The match can be streamed live on Disney+ Hotstar and Jio TV. Kick-off is at 7:30 pm. 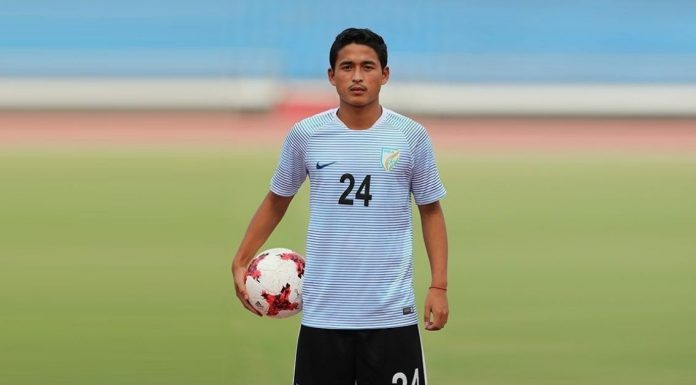