Third-placed FC Goa take on second-placed ATK Mohun Bagan in the Indian Super League (ISL) tonight in what is a highly anticipated clash. The Gaurs have 18 points from 11 games while their opponents have 20 from 10. Juan Ferrando’s side should end up in one of the playoff spots barring a major collapse. If that does come to fruition, they’ll have a lot to thank centre-back Ivan Gonzalez for. They have let in 11 goals so far this term. When you compare that to the watertight rearguard that Mumbai City and ATK Mohun Bagan possess (4 goals conceded each), it seems like a problem area. More so when you consider the fact that 8 of them have been from set-pieces. However, amidst this inconsistency at the back, Gonzalez has stood out.

He has started in all but one match for his side and quality on the ball has been quite impressive. An 85.4% passing accuracy with 637 passes made illustrates that perfectly. What also makes him such a commanding figure at the heart of defence is his reading of the game and anticipation. He has won 18 tackles so far, the highest in the side and has been a calming influence throughout. Moreover, he has this tendency of being at the right place at the right time and with 41 clearances and 16 blocks already, one wouldn’t worry about him being caught out of position.

Under Ferrando’s system, the full-backs Saviour Gama and Seriton Fernandes both join the attack often and in such situations, Gonzalez does a fantastic job of covering for young Saviour. Comfortable with both feet, he also adds another dimension to their offensive play with his distribution. Of course, his goal against Jamshedpur FC was the perfect example of how much he can contribute during attacking transitions. There was an air of assurance and finesse as he waltzed past three or four Jamshedpur defenders and then made a run behind the last man to finish the move off.

The former Deportivo and Cultural Leonesa defender has been one of the standout performers for Goa this season in the ISL. As each match becomes more and more important and the margin for error reduces drastically, it will be upto the likes of him to rally the younger players along and ensure that Goa’s attacking efficiency doesn’t come at the cost of a vulnerable defence. 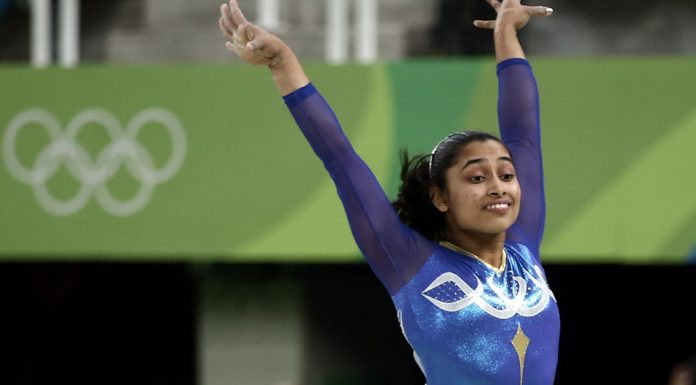 The Bridge Desk - Modified date: February 27, 2021
Chances of Indian gymnasts, including 2016 Olympian Dipa Karmakar, to qualify for the Tokyo Olympics is virtually over with the cancellation of series of World Cups which were part of the Olympic qualification program.  The world governing body of gymnastics, the International Gymnastics Federation (FIG)...
Read more