Home Football ISL 2020-21: Does the recent spate of draws indicate how defensive most...
FootballISL 2020-21What's Latest

ISL 2020-21: Does the recent spate of draws indicate how defensive most teams are?

When the referee blew the final whistle on Sunday to mark the end of Bengaluru FC’s match against Odisha FC, most fans would have been excused for heaving a sigh of relief. Both these teams are languishing in the bottom half of the table and even then, the quality of football produced on the night was uninspiring to say the least. However, this lack of initiative isn’t a singular occurrence. 11 of the 27 Indian Super League (ISL) matches since the turn of the year have resulted in a draw. This is not to say that drawn games can’t be exciting, they sure can, but when you have a spate of 1-1 or 0-0 games regularly featuring some of the teams that badly need points, you have to question their intent, or lack of it.

The seventh edition of the ISL kicked off on November 20 with an ATK Mohun Bagan win over Kerala Blasters. The 10 days after that saw six matches out of 11 end in a draw. This was understandable though, as all the players had been out of the game for close to eight months and needed time to reach peak fitness. Subsequently, December saw just 10 drawn games out of 31 in total and one got the feeling that most of the teams were trying their best to play positive football and get the better out of their opponents.

Then came January and it seems like we’re back to square one. Out of the 27 matches this month, as many as 11 have ended all square with just the last week seeing six of them being played out in an uneventful manner. In such a scenario, one has to question not just the tactics of the sides but also the ability of their attacking unit. Barring Mumbai City and to some extent FC Goa, the remaining teams have struggled to create and convert opportunities and seem to have adopted a ‘don’t lose’ approach.

The fact that Hyderabad FC, NorthEast United, Chennaiyin FC and SC East Bengal are the ones with six draws apiece also illustrates their need of an out-and-out goalscorer like Roy Krishna, Bart Ogbeche or Jorge Ortiz. Hyderabad at least have the excuse of having to play with three foreigners throughout the campaign due to injuries. But for the others, time is running out and we can only hope that they will try taking the attack to their opposition a little bit more in the upcoming games. If not, they’ll start losing more than just points. 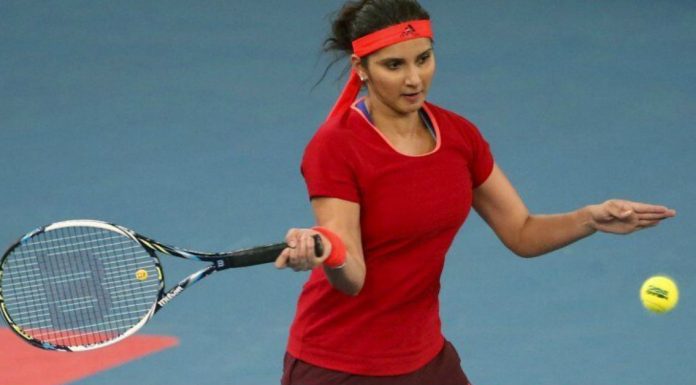 The Bridge Desk - Modified date: March 4, 2021
Indian ace female tennis player Sania Mirza suffered a heart-breaking loss in the semifinal of the Qatar Total Open in Doha in the women’s doubles event on her return to the WTA circuit. Pairing up with Slovenian partner Andreja Klepac, Sania lost against the...
Read more