Bengaluru FC took over the top spot in the Indian Super League (ISL) 2019-20 table after a 3-0 win over Odisha FC at the Sree Kanteerava Stadium.

Bengaluru FC took over the top spot in the Indian Super League (ISL) 2019-20 table after a 3-0 win over Odisha FC at the Sree Kanteerava Stadium in Bengaluru on Wednesday. The Blues took a two-goal lead in the first half through Deshorn Brown and Rahul Bheke, while Sunil Chhetri added the third in the second half. The loss also marked an end to Odisha’s four-match winning streak.

Odisha created the first big chance of the match from a set-piece as Gaurav Bora outjumped Dimas Delgado to get his head to a Xisco Hernandez free kick three minutes in. The centre back couldn’t quite direct it goalwards.

Deshorn Brown, making his first start for Bengaluru in the Hero ISL, had a golden opportunity to hand Bengaluru the lead in the 15th minute. Udanta Singh collected the ball following a wayward pass by Narayan Das on the flanks and crossed the ball inside the box for Brown. The Jamaican only needed to guide the ball past Arshdeep Singh in the Odisha goal, but scuffed his effort, sending it wide.

The striker, however, made amends in the 23rd minute and got on the end of a well-worked set-piece move to fire the home team into the lead.

The Blues doubled their lead just two minutes later, after another set piece found Erik Paartalu free inside the box. The Australian’s volleyed effort was blocked off, but Rahul Bheke was at hand to turn the rebound in and made it 2-0. An error by Arshdeep could have made it 3-0 shortly after, but the young custodian recovered just in time to keep the ball from rolling into his own goal.

Just after the half-an-hour mark, Odisha were forced into a double substitution, bringing in Seiminmang Manchong for Aridane Santana and Diawandou Diagne for Marcos Tebar. Almost at the stroke of half time, Odisha could have pulled a goal back. A corner from the right made its way to Martin Perez Guedes at the far post. The midfielder tried to volley it towards goal but could only find the woodwork. The first half ended with Bengaluru two goals up.

Bengaluru had two back-to-back chances to add to their lead seconds after the restart, but Arshdeep pulled off a brilliant double save to keep out Udanta and Brown.

The latter’s pace and power was proving to be a nuisance for the Odisha defence, as he kept probing and even created a couple of chances for himself. On the hour mark, Bengaluru were awarded a penalty after Guedes’ challenge on Paartalu inside the box.

Sunil Chhetri stepped up and converted the spot kick to make it 3-0. It was also the 35-year-old’s ninth goal of the season.

Udanta could have made it worse for Odisha minutes later after Ashique Kuruniyan found Udanta inside the box. Udanta’s header, however, was kept out by Arshdeep. Bengaluru took full control of the game from there on and managed the tie well. They also had opportunities to add to their tally, but the match eventually ended 3-0. 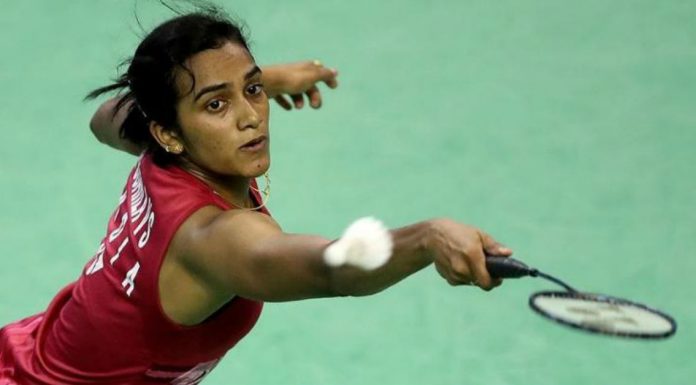 Team Bridge - Modified date: April 5, 2020
PV Sindhu could well be the world champion for three years.  Sindhu became the first Indian to win a world title in 2019 and was expected to defend the title in 2021 - since Tokyo Games were originally scheduled for 2020. But with the Olympic...
Read more