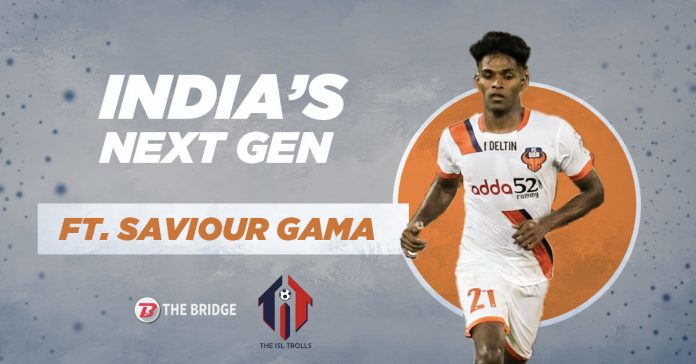 With football coming to a standstill, and the season effectively coming to an end, The Bridge takes a look at the brightest young prospects of Indian football over the next one week or so. In this article, we take a look at FC Goa’s young sensation, Saviour Gama.

Anybody wondering whether Saviour Gama has the fortitude to deal with the particular demands of Indian Super League (ISL) franchise FC Goa, especially after club captain Mandar Rao Desai’s imminent departure, need not worry. The Goan youngster, one of the academy players who got their first team debuts under former coach Sergio Lobera, has already given plenty of glimpses of what he is capable of.

The talent is there to see. Gama’s explosive speed is surpassed only by his aggression – both in the way he runs with the ball and the approach he takes against opponents, he likes to press in on the action. He is always looking for those gaps to burst through and is not afraid of confrontation either. But was he the same brutal upcoming force that he is now when he had just joined Goa? Not exactly.

Even before Derrick Perriera had joined FC Goa, he had heard about Gama. His trusted group of friends had told him about the local boy’s pace and technical abilities. When he saw Gama for the first time at a session with the developmental team, he saw why his friends had praised the left back.

“I had heard a lot about him. When I saw him for the first time, he really impressed me with his footwork, and his courage. He was technically sound and was fast on the pitch..and that attacking flair on the left flank..he caught my eye immediately,” recalls Derrick. What set him apart from the others was his brave mentality, something that the then Head of Youth Development had noticed on Day One.

However, as always, there were a few problems withholding the young defender from truly realising his potential. On the pitch, Gama was a treat but off it, there certainly was room for improvement. “Initially, he was getting distracted but when he saw that there was an opportunity to play in the first team, he changed himself,” says Derrick. “He is a determined boy who wants to do well and the way he has improved just shows that.”

Indeed, it is the determination and the courage that has brought the 22-year-old this far. Under Derrick’s watchful eyes, Gama sharpened himself. The boy from Chicalim played in the Goa Professional League matches for FC Goa’s developmental team and with each passing day, he strived to improve. “Playing in the league helped him, there was competition in the developmental team and had to put in his best,” reveals Derrick.

He climbed up the ranks fast, his rise was almost meteoric. Within a season Gama found himself training alongside Mandar, Carlos Pena, Mourtada Fall in the senior team. He  made his ISL debut in Goa’s 1-0 win against Chennaiyin FC in the final match of the league stages of the 2018-19 season but little did he know that he would make his 2nd senior appearance in the ISL final against Bengaluru FC a few days later.

Brought on in place of the injured Mandar, Gama had to quickly strip off his substitute bib in the dying minutes of the first half against Bengaluru. And yet the conviction he showed in that final, especially against Udanta Singh, one of the best wingers in the country, was a testament to all the hard work he had put in.

Saviour Gama came on for Mandar Rao Desai in the 44th minute. Poor kid hadn't warmed up at all – he's doing it now during the HT break pic.twitter.com/zlqmU7Oh9l

This recently concluded season, where Goa finished on top of the league table and earned a direct entry to the prestigious AFC Champions League (ACL), was his first full season in top-flight football. Derrick believes that Gama has gained some “much-needed experience, especially with the first team, playing alongside quality foreigners and top Indian players.”

It was a learning season for Gama, by his own admission. If the debut last year and the performance in the final had shot him to sudden spotlight, this year was more about taking a step back and simply, getting used to the competitiveness of top tier football. He played 188 minutes, featuring in 11 matches, mostly as a second half substitute.

He did commit mistakes — including being sent off in the 2nd leg of the semifinal against Chennaiyin. But he has taken every error in his stride.

“When I saw red I rushed into the dressing room with tears. My dreams were shattered,” Gama remembers. “However, I had to accept the reality that we can’t always make  it through . I learned that I needed to get stronger. Tough experiences are a great teacher and that just motivated me to try harder in life in the days to come.”

“Overall, it was a learning season for me, although I didn’t get a lot of time on the pitch, I made use of every minute to be better and to help my team on the pitch,” he further concedes. “Training itself was on a higher level and I tried to pay attention to every detail there.  It’s kind of a family affair at the club, we help each other out as much as we can. That included the players and the staff.”

“Everyone keeps encouraging me to do better and work even more. That’s something I plan to do,” he adds.

Gama’s words speak volumes of his mentality and maturity. And it’s evident in that pugilistic strand to his game with which he revels in one-on-one battles, either in possession or out. Whether he can maintain a singular focus and realise his talent, only time will tell — but his natural courage has left Derrick impressed.

“I have seen many players who have done very well and then there are some, who get lost. When you get fame, when you get monetary gain… it is difficult (to focus),” the 58-year-old coach reflects before adding, “In Gama’s case, as I said he is very courageous… I believe he definitely has the potential to go on to play for the national team one day.”

The All India Football Federation is planning to hold a camp for the senior national team in Bhubaneswar in early September ahead of the...
Read more
Cricket

One of the pioneering figures of Indian women's cricket, Shantha Rangaswamy holds the records of many first to her name. She was the first...
Read more
Football

The merger between ATK FC and Mohun Bagan ahead of the upcoming season of the Indian Super League (ISL) has been the talk of...
Read more
Football

Kerala Blasters FC is excited to announce the signing of the 23-year old talented midfielder, Ritwik Kumar Das, for the upcoming season of the...
Read more
Football

Mohammedan Sporting Club, on Wednesday, announced the signing of star striker Willis Plaza ahead of the upcoming season. The 33-year-old footballer, who featured for...
Read more
131,865FansLike
12,448FollowersFollow
7,257FollowersFollow 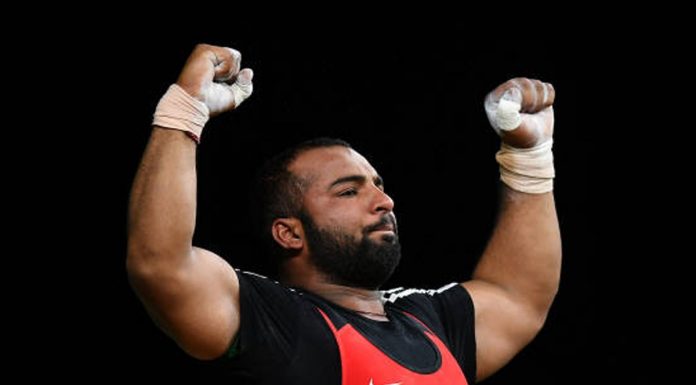 Press Trust of India - Modified date: July 15, 2020
Weightlifter Pardeep Singh, who has been suspended after failing a dope test, was on the National Anti-Doping Agency's radar for a while before his blood sample was collected last December following a tip-off, NADA DG Navin Agarwal said on Wednesday. Singh, a Commonwealth Games silver-medallist,...
Read more