I-League: Three clubs pick up bid papers, one to get direct corporate entry

Sudeva FC (Delhi), Sreenidhi FC (Visakhapatnam) and Ryntih SC (Shillong) are the three clubs which have paid Rs 4 lakh each and picked up the bid papers for a direct corporate spot in next season’s I-League, as per reports. Each of the three football clubs now have a fortnight to present their technical and financial bid for final scrutinisation, after which one club will gain direct entry into the league.

With Mohun Bagan set to play in the Indian Super League (ISL) from the coming season, having merged with ATK FC, the All India Football Federation (AIFF) had invited bids for a new club in the I-League about a week back. Several clubs like Malappuram’s Luca SC, Bangalore United had expressed interest.

However, Luca SC withdrew at the last moment citing uncertainties regarding the future and issued a statement declaring the same. For Bangalore United, a club currently plying its trade in the I-League 2nd Division and that has a strong desire of playing in the I-League, something else came up as an obstacle. According to AIFF’s rules, teams from cities where ISL or I-League teams already exist won’t get direct entry no matter what.

That is why, Sreenidhi FC, originally from Hyderabad, are willing to make the switch to Visakhapatnam, should they gain a spot in the I-League, because the capital city already has a team in the Indian Super League (ISL). Ryntih SC, meanwhile, want to fill the void left by the exit of Shillong Lajong FC.

Sudeva FC (Delhi), Ryntih SC (Shillong) and Sreenidhi Football Club (Visakhapatnam) have all picked up the bid papers for a direct entry into the @ILeagueOfficial . They must now submit their complete technical and financial bid within a fortnight.#Indianfootball #I-League

Sudeva, on their part, were one of the first clubs to express their eagerness of getting a corporate entry into the I-League.

The AIFF is looking at a 12-team tournament next season with the corporate entry replacing Mohun Bagan and another team set to get promoted from the 2nd Division. Due to the coronavirus pandemic, the I-League 2nd Division had to be suspended midway with matches still left to be played. Now, the country’s chief football body is planning to host a mini tournament in September-October with the 2nd Division clubs in order to decide who gets promoted.

A doctor attached with the Indian boxing team on Monday tested positive for COVID-19 even as all the pugilists who have assembled for training...
Read more
Haryana

The lockdown period saw Indian Hockey Teams remain at the Sports Authority of India Campus in Bengaluru for close to three months, but without...
Read more
131,777FansLike
12,442FollowersFollow
7,238FollowersFollow 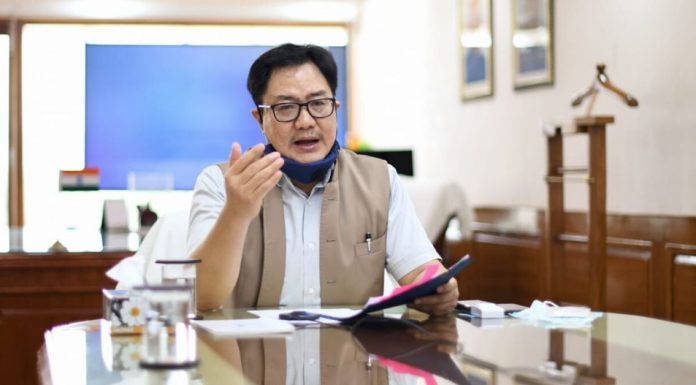 Press Trust of India - Modified date: July 14, 2020
Sports Ministers of 18 states and union territories on Tuesday briefed Union Sports Minister Kiren Rijiju on their post COVID-19 resumption plans on the opening day of a two-day virtual meeting to chalk a way forward amid the pandemic. The state ministers lauded the steps...
Read more