If you happen to cover a football match at Sree Kanteerava stadium of Bengaluru FC, you would know, the home team will serve you with a Blue Print of the team. The Blue Print consists of the name of their players, coach and backroom staffs, with necessary details. Bengaluru FC, truly the premier club of India, have taken inspiration from the European culture and have improved the administrative quality. It is in itself a major positive for a football club in India.

The club’s contribution might not be even for the women footballers in India but they certainly back talents and pave the way for them. The historic Bala Devi transfer to Rangers FC comes as a prime example of the same.

The work put behind a transfer to become a success is massive and someone like Anuj Kichlu has been mastering the art from years now. Kichlu represents Bala Devi. He along with Bengaluru FC worked rigorously after Devi’s successful trials to seek the work permit and crack the deal with the top division women’s football club in Scotland.

But what stood out in the transfer was Bengaluru FC’s partnership with Rangers FC.

In an exclusive chat with The Bridge, Mandar Tamhane, Chief Executive Officer (CEO) Bengaluru FC, explains about the historic transfer. “BFC partnered with Rangers in September of 2019 and through this partnership, we wanted to ensure that we collaborate with them on various aspects of a football Club like Soccer Schools, Youth Academies, First Team, Women Football, sharing knowledge etc,” Tamhane said.

“As you are aware we don’t have a women’s team but from the onset we as a Club have always believed that we need to contribute to the development of Indian Football through everything we do. And so we felt that even if we don’t have a women’s team still we can use this opportunity to contribute to Indian Women’s Football. And through this thought, we had discussions with Rangers Football Club especially with Amy Mcdonalds who is the Manager of Women’s and Girls Football at Rangers Football Club to have one of the National Team Girls for a Trial

“And once we all were on the same page we felt that Bala Devi would be the right choice to be the one for this trial. And hence in November of 2019, we arranged the trial,” he added.

Courtesy of the work put in behind the scenes, Devi will join the renowned Scottish club on an 18-month deal, subject to international clearance. The deal will also make her the first Indian woman footballer to play in any part of the world.

And if, Devi, can have a successful stint with the club, it will only motivate the generations to come and an Indian woman will leave a mark in the footballing map of the world 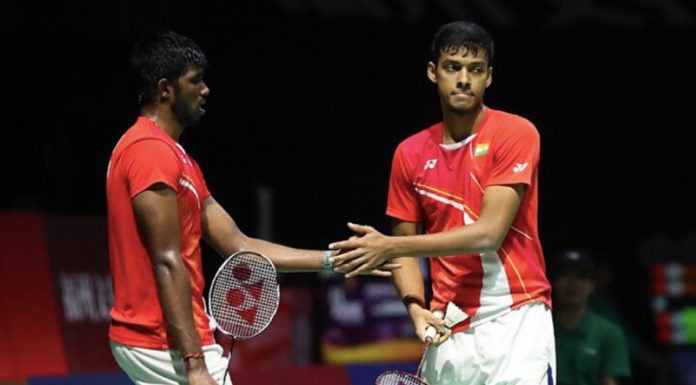 Press Trust of India - Modified date: June 2, 2020
India's top men's doubles pair of Satwiksairaj Rankireddy and Chirag Shetty and men's singles player Sameer Verma were on Tuesday recommended for the Arjuna award by the Badminton Association of India (BAI). The world no. 10 Indian pair are currently the front-runner to qualify for...
Read more