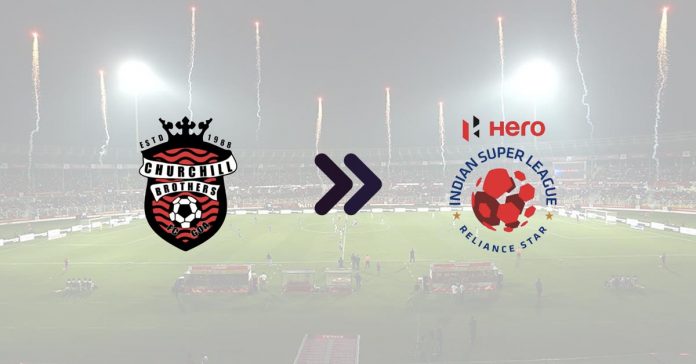 As the Indian Super League (ISL) approaches its fag end of the ongoing season, it seems they have already started planning for the upcoming season in full swing. Reportedly, the new season is expected to bring some changes in the number of the match structure with a chance of some teams playing three legs instead of two.

Now, it seems the number of teams may also increase with Goan giants Churchill Brothers FC planning to enter the country’s top league, The Bridge understands.

The Margao-based football club has been one of the leading flag bearers in Indian football since 1988. Be it in the National Football League of the 90s or the I-League, Churchill has come up with dominant performances and has achieved a lot of success through the years. With two I-League titles and more than a couple of runners-up feat, the Alemao Churchill-owned side is one of the most successful clubs in the country as they continue to be a supply line for the Indian national team.

Sources close to the development can confirm that the ISL management has given an initial nod to the club’s proposal and has shown keen interest in their further plans. Currently, the Churchill management is in talks with potential foreign sponsors and possible tie-ups as they hope to enter the premier league by next season. The club has also come up with suggestions of changing their name and has proposed to play as South Goa Churchill Brothers FC if they get an entry.

With FSDL’s initial nod to this move, it appears that changes will be made in the league’s one-city-one-team rule. As the league looks to grow, however, East Bengal are struggling to get past their present turmoil and chances of having the Kolkata derby in ISL are slim. Consequently, the ISL is in thoughts of developing a Goan derby soon as they aspire to increase the league’s engagement in the coming years.