As per a press release issued by the All India Football Federation (AIFF), Bengaluru FC, who finished third in the Indian Super League (ISL) league phase, have been awarded with the AFC Cup play-off spot which was supposed to go to the ISL champions.

ATK FC, who finished as the title winners this season, were up for the play-off spot, but having merged with Mohun Bagan, they had the chance of grabbing the direct AFC Cup spot meant for the winners of the I-League. Many had expected Chennaiyin FC, the ISL runners up, to be awarded with the third Asian spot, i.e., the AFC Cup play-off spot but eventually, it went to BFC.

It is understood that the Asian Football Confederation (AFC) wanted to take into account league standings to award the third continental spot rather than the play-off performance.

BIG UPDATE! Following ATK MB's decision to assume a spot in the Group Stage of the @AFCCup by virtue of Mohun Bagan being I-League champions, Bengaluru FC have been granted a spot in Qualifying for #AFCCup2021, as the third-best placed team in the ISL League table. #BluesInAsia pic.twitter.com/9ZiSsGeFCC

In the statement, the AIFF said: “The following Indian clubs will participate in the AFC Club competitions in 2021. FC Goa as the winner of the Hero ISL league phase for season 2019-20 as direct entrant in the group stage of AFC Champions League.

ATK Mohun Bagan (after their agreement to form a joint venture) as a direct entrant in the group stage of AFC Cup on virtue of being winners of the Hero I-League 2019-20.

Bengaluru have enjoyed their ups and downs in the AFC Cup, having delivered both the best and the worst performances by any Indian club in the tournament. In 2016, they went all the way to the last hurdle before losing narrowly to Iraqi team Al-Quwa Al-Jawiya. Quite in contrast, earlier this year, they lost to Maziya on penalties in the qualification playoffs of the 2020 edition of the tournament and crashed out. 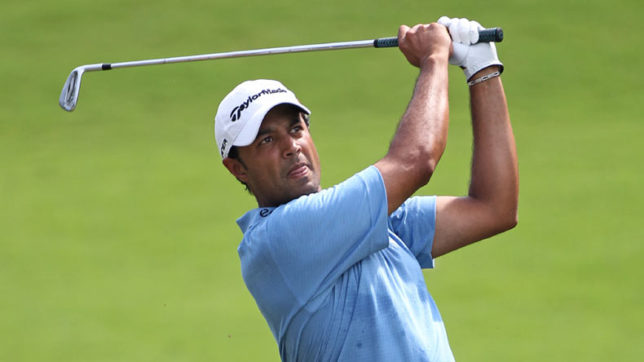 Press Trust of India - Modified date: July 5, 2020
Indian golfer Arjun Atwal put on a master class as he drove well to fire a six-under 66 in the third round of the Rocket Mortgage Classic to end the day at Tied 18th, here. At one stage he went from the cut line...
Read more