India was already a recognised hub for shooting sports when Rajyavardhan Rathore won the historic silver medal at the 2004 Athens Olympic. It was taken to its greatest potential when Abhinav Bindra won the first-ever individual gold medal for India in shooting in 2008 Beijing Olympics.

When Gagan Narang won the bronze medal in 2012 London, a certain invisible pressure was built upon Vijay Kumar. India still hadn't won a medal in pistol shooting. Vijay delivered to his expectations, he held his nerves to win the silver medal in 25 Rapid Fire Pistol event at the 2012 Games to become a part of India’s most successful Olympics contingent in history.

Just eight years later to that event, Vijay's name is almost forgotten among Indian sports fans. Unlike his contemporaries, Vijay chose a simple life perhaps away from the limelight. The son of a former army man, Vijay was fascinated by guns at an early age. In fact, his career as a sportsman was similar to that of Rathore. Both of their shooting careers took root during the time they were serving in the Indian Army. He was transferred to the Army Marksmanship Unit a couple of years later where he began training professionally under Russian coach Pavel Smirnov.

In 2007, Vijay Kumar came second at the Asian Championship in 2007. His Olympic 2008 debut couldn't come true because of chickenpox. After he marked a great comeback, winning silver at the ISSF World Shooting Championships in 2009. At the 2010 Commonwealth Games, he won three gold medals, including both rapid-fire and centre fire pistol singles events. He then won a bronze at the Asian Games and a silver at the 2011 ISSF World Shooting Championships, which ensured Vijay's entry into the Olympics.

At the 2012 Olympics, Vijay started well in the first round, but Cuba’s Leuris Pupo surged forward in the latter ones. Klimov’s elimination after the sixth round confirmed Vijay Kumar a medal finish, but he was tied with Chinese shooter Ding Feng in second place with 24 points each. 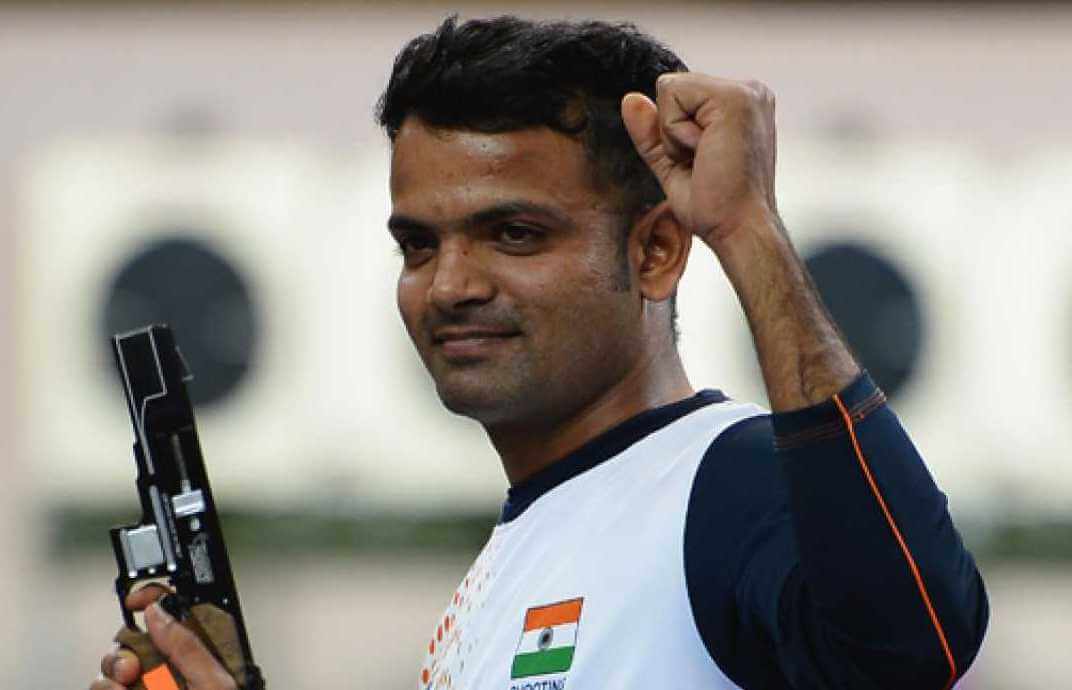 At the 2012 Olympics, Vijay started well in the first round, but Cuba’s Leuris Pupo surged forward in the latter ones.

In the nerve-wracking seventh round, Vijay Kumar scored a four compared to Feng’s three to secure the silver and headed into the final round trailing Pupo by two. With the Cuban scoring four in the decider, Kumar sealed his silver.

However, a maiden Olympic medal at his debut Games appearance marked the realisation of a lifelong dream. But his calm demeanour at the podium didn’t quite reflect what he had just achieved. The only time he acknowledged his feat was at the medal ceremony and his first thought after it was to celebrate with family.

Vijay Kumar's life after the medal has been typically understated as he was promoted to Subedar Major, a post he relinquished when he retired from the army in 2017 to pursue his studies.

He now has a bachelor’s degree in Business Administration and works as a DSP for the Himachal Pradesh police.