Ultimate Frisbee : The up and coming gender neutral team sport 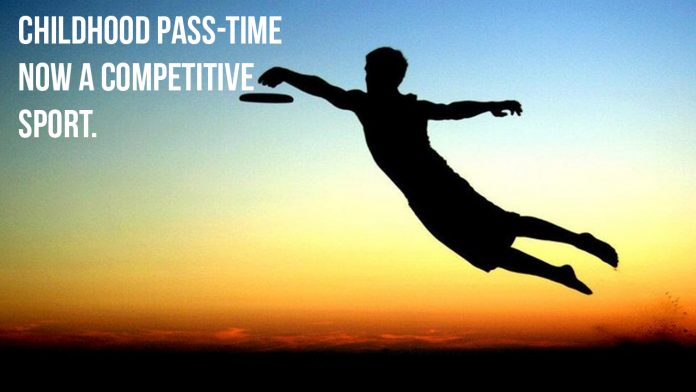 While reading Harry Potter, did you keep thinking about how Quidditch was so great because boys and girls played shoulder to shoulder on the same team? If you are a Potterhead, chances are that you did, at least the first time around. For the quidditch starved fighters of gender equality, there is an upcoming sport that might be a good enough substitution- ultimate frisbee.

What is Ultimate Frisbee?

Ultimate Frisbee, also known as simply, Ultimate, is a non-contact team sport where points are scored by passing the disc to a teammate in the opposing end zone. What started in the 1960s in the USA, is now played by over 7.5 million people across the world and is rapidly becoming one of the most popular teams’ sports on the planet.

Ultimate frisbee is a sport for every sports fan there is. It has the non-stop adrenaline-pumping excitement of sports like football. But it also includes the basic features of basketball, American Football, and Netball as well.

Besides that, although it has separate men’s and women’s teams, it’s most popular face is of the mixed team, which has received a major nod of approval from millennials aching to see some real time gender equality in sports.

Quite aptly put by an American Ultimate frisbee player, it is wonderful to know that when you’re passing the flying disc off to the next person, it is only to a teammate and not a gender.

Ultimate Frisbee came into the scene in India when a group of college students from Chennai decided to give it a go and ended up starting a whole new field of sports in India. It gave birth to Indian Ultimate, India’s first ever Ultimate Frisbee college team. This movement was started by Stall 7, who continued to keep Ultimate Frisbee alive in India by taking it out of the college campus on graduating.

What started as a college team 9 years ago, now has over 50 registered athletes, registered under the Stall 7 team, taking part in national tournaments around the country. However, Stall 7 is not the only ultimate frisbee team around. In fact, they seem to be currently, the third best team in the country.

What is pleasantly surprising is how far the reach of the sport is right now. The current national champion is a team that goes by the name Airborne. Also a Chennai based team, comprising underprivileged communities, such as children of fishermen families. The team that came second, Fly Wise, also come from a similar background and also from Chennai.

The sport is remarkably popular in Chennai, owing to the fact that it is based along the beach, hence giving athletes enough open space to practise without having to spend money on renting grounds. Moreover, most of the athletes who have taken to the sport quite naturally, are from fishermen communities which has further been a reason behind the sport gaining so much popularity in Chennai.

In order to take part in the World Ultimate Club Championship, every team in India has to play a minimum of three tournaments, after which the best team is selected to represent India at the world stage.

Unfortunately, the Ultimate Frisbee is yet to gain the limelight strongly enough to be funded by the federation. This means that in order for India to send a club to the world championship, the players would have to fund themselves. This makes it impossible for Airborne or Fly Wise to participate, because of their financial situation.

However, the governing body of Ultimate Frisbee in India has decided to send Stall 7 forward if they are able to fund themselves. However, without financial backing, it is difficult for the team to go forward on their journey. Hence, besides look at corporate backing, the Stall 7 team is also opting for crowdfunding which gives the general public of India an opportunity to pitch in and do their bit to help the first ever university frisbee team of India to appear in the World Championship.

Netflix is going to be free this weekend in India. Netflix StreamFest will be a two-day event on December 5 and 6 where anyone...
Read more
News