Train ride to destiny: How Prakash Padukone changed the fate of an entire sport Badminton, today, is one of India’s premier sports. The racquet sport has provided India with a unique chance to excel in something which is not cricket. Over the last decade, many such ‘shuttlers’ have risen and found their place amongst the nation’s sporting elite.

However, all wasn’t always good for the sport. Agreed, that badminton was played across India as a leisure sport, but it was rarely seen as a means to make your name.

In short, badminton was just like any other sport in India; it existed solely for pleasure and not as a profession.

This was before that one beautiful day in London, where one man stood up to his toughest challenge, and changed the fate of Indian Badminton for good. 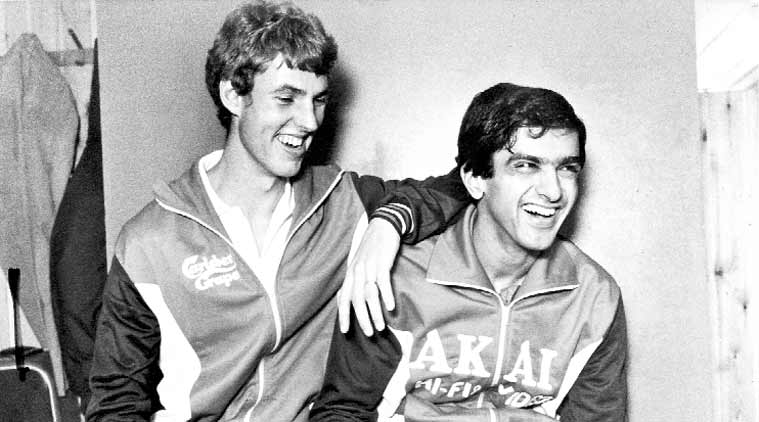 Prakash Padukone was a relatively known name during the latter half of the twentieth century. The Bangalore-born shuttler had been earning his stripes in and around the 1970s and 80s, devoting his time to a sport followed by few in the country.

Padukone was eighteen when he first got a taste of the All England Open.

The youngster had not been in the sport for long and was already face-to-face with perhaps it’s most prestigious tournament.

The All England Open, as the name suggests, was a badminton tournament which took place in England. What gave the competition precedence over all the others were two things. First, it was being played in a country whose power was unrivalled in the world for the better part of the century.

Second, and more important, it was the oldest badminton tournament in the world.

An eighteen-year-old Padukone was facing his most daunting challenge when he took part in the tournament for the first time in 1973. On that occasion, he would only be able to make it to the quarterfinal of the competition, a feat he achieved on two more occasions later on in his career (1977 and 1978).

Seven years later, Padukone returned to take part in the biggest Badminton tournament of the time, hoping that this would be the year he goes all the way.

He was not a young and inexperienced shuttler any more. He had been working for this over the past seven years, training himself to be the best.

Padukone was the third-seed for the tournament when it took place in 1980. He had acclimatised himself to the European surroundings by playing in the Denmark and Swedish Open, before the All England. These experiences proved to be critical for the shuttler, as he made it through to the All England Open final with ease.

“Even on the day of the final, I had taken the train, carried my kit, and walked to the court,” Padukone had told ESPN in an interview last year. The legendary Indian shuttler came face-to-face in the final with one of the best players of that era- Liem Swie King.

King had ruled over the English tournament for the last two years (1978 and 1979) and was heavily backed to make it three in a row. The Indonesian shuttler was the number one in the world then and had even skipped previous tournaments to arrive for the All England Open completely fresh.

Padukone, however, was himself in a confident mood. He had brushed off his early competition with relative ease and even defeated the second seed Morten Frost in the semifinal. The only thing between him and the championship was the best badminton player in the world.

The match began with the Indian shuttler asserting his dominance early on. His quick movement across the court, his play at the net, and his ability to work his opponent turned the match quickly in his favour.

“My strength was at the net. I got a perfect length in a sense I made him run to all four corners so even if he smashed I was able to return comfortably. The moment I got what I wanted, I was in control. He was under pressure,” Padukone recalled during his interview with ESPN.

Such was his dominance over his opponent which Padukone would take the first game 15-3 (Fifteen was the game-winning point then).

By defeating King, Padukone became the first Indian to win the oldest Badminton tournament in the world. It was an achievement unparalleled at that time and would only be repeated on one occasion (Pullela Gopichand in 2001).

The Indian shuttler admits that the win changed how people perceived him, as well as the sport. “I did not realise that it would have that kind of an impact,” Padukone admitted while talking to ESPN last year. Prakash Padukone himself would never repeat the feat, although he did win several other tournaments and awards, including the BAI lifetime achievement award earlier this year.

Indian Badminton is in a very different place now; then it was at the time of Prakash Padukone. Several good shuttlers have come forward, who win tournaments every year. Although, Padukone and his protege Gopichand remain the only ones to have lifted the prestigious trophy.

I hope down the line when someone is learning about Indian badminton; they recognize how one man changed the fate of an entire sport, the day he took a train ride to destiny.