Started swimming at five, this 37-year-old has since lapped everyone

After a successful 26 years in the pool, she has broken multiple national records and has been adjudged the best swimmer at the Nationals a total of ten times.

‘Age is just a number!’ Call it a polite gesture, or a common belief. One that is often more preached than practiced. But while some may oppose it, there are rare few individuals who live by it every single day. Swimmer Richa Mishra is used to people making a big deal about her age, but she keeps defying it as she reaches a new milestone, turning 37 this December.

Her earliest memories of splashing in the water go back to 20 years or more. Richa recalls how at the age of five years, her father would make her jump in the pool near their house. Only six years later, she embarked on a new journey at the Swimming Nationals in 1994. “Honestly, I never thought that I would go on representing the country one day and the moment of reckoning hit me when I won a medal at the Senior Nationals in 1998.

I was selected for the Asian Games in the same year. I took it up professionally after my elder sister, Charu Mishra, won a medal in a club competition and received a cash prize of Rs. 200. I never knew swimming could also help us win money, we were too small to realise,” reminisces Richa.

Almost a decade later, she is still focussed on her strengths and stamina. And, that’s how the fervour continues.

“Now who knew that I would still continue for so long? Swimming is my passion. I just enjoy it. I still have the same competitive spirit and potential that I had 20 years ago. I love every bit of it. It is a part of my life! I have stopped training for 15 days now due to coronavirus, you can’t imagine how frustrated it is getting here. And yes, I will still continue,” she says. It suffices to say why the 10-time national champion is considered as a symbol of pride for her family of four.

Undoubtedly, Richa is one of the best women swimmers that Indian has ever seen. After a successful 26 years in the pool, she has broken multiple national records and has been adjudged the best swimmer at the Nationals a total of ten times.

Having set multiple examples for others to live by, Richa remains at the forefront among women who have led us to reassess the possibilities of aging and performance. A national record holder in 200m individual medley in 2010, Richa’s goals have evolved and changed throughout the years, but one thing has remained constant: her love for swimming.

Although swimming is deeply entrenched in her daily routine, Richa admits there were difficult paths that she has had to tread on. “I belonged to a lower-middle class family. My father was the only breadwinner of the family. We were three sisters. Once my sister and I started working at the Central Reserve Police Force (CRPF), things started improving.

When I started off, it was a big barrier to my dreams. Swimming kits are very expensive. Every now and then for competitions, I am required to shell out money from my own pocket because there are no sponsorships. They refuse to sponsor me because of my age, although I have broken national records,” she says.

Like every successful athlete, Richa too had a slew of difficult decisions to make, but isn’t that what makes her pursuit all the more worthwhile? Definitely, yes! “Years after achieving so much in life, I still get harassed. Economic disability can still be managed, but how can an athlete improve herself if she is not even provided with a lane to train? Tell me. That is the real struggle. I don’t usually get a lane to practice in Talkatora, the authorities don’t let me. How much more will I fight? I don’t take it too seriously, because if I take action, I’ll be the one to suffer,” Richa,  a national record holder in 400m and 800m freestyle in 2011, admits wistfully.

Richa’s success story, not out of competitive ingenuity, but out of sheer determination, is all down to the will to succeed. But one may wonder, how far can she go? As long as I love doing swimming, Richa says, with a slight grin. 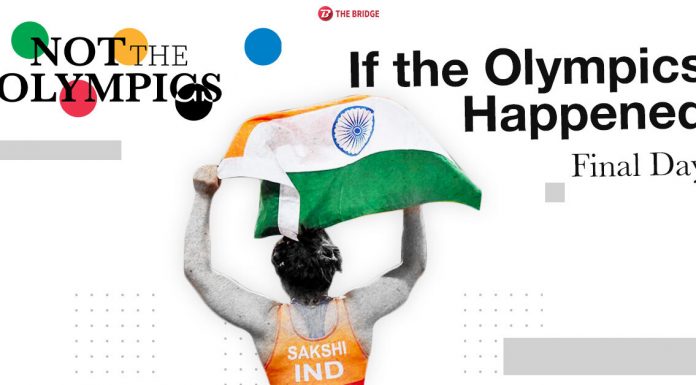 Md Imtiaz - Modified date: August 8, 2020
Four months after the International Olympic Committee and officials in Japan postponed the Games amid soaring coronavirus infection rates and lockdowns across the world, uncertainty prevails. The unpredictable nature of the virus is making it impossible for officials to say definitively that the Games...
Read more