Sardar Singh: When I first walked into the team, Seniors guided me. Now it's my turn.

They say the life of a professional athlete is like life and death. You're born, you live your life, you have your highs and lows, you fight through struggles and eventually retire. While some are lucky to be handed a dignified farewell, some get shrugged under the rug. Today, one of the iconic figures in Indian hockey, Sardar Singh, is at the crossroads.

In 2008, when Indian hockey had hit rock bottom with the men's team failing to qualify for the Beijing Olympics and reports exposed the bribery allegations prevalent in the national federation surfaced ' it was Sardar's unassuming leadership on the field that gave Indian team a glimmer of hope.

Though the Punjab player was still at a nascent stage in his career ' both as a player and a skipper' he was slowly growing in reputation. And it was at the Sultan Azlan Shah Trophy that he stole the headlines from all the problems surrounding the sport back home and started charting his own path. On his first assignment as the skipper, Sardar would lead a fairly young Indian team ' it had as many as 12 junior players ' to their first final at Ipoh in 13 years. Though they would go on to lose to Argentina in the final, their run to the final signalled the revival of the sport in the country.

10 years since that day, Sardar will once again step on to the blue turf at the Azlan Shah stadium on Saturday. With the captain's armband fixed firmly on his bicep, the experienced midfielder will once against be seen leading a bunch of youngsters eager to make their presence felt at the international stage. But this time, the stakes are a little different.

Also read:If you want to play for your country, you must prove yourself worthy, says Armaan Qureshi

Many suggests the Malaysian outing is all but Sardar's farewell gift. Naming him the captain too doesn't mean more than allowing him to bow out of a sport that he has served for over a decade with dignity. But the man himself isn't bothered about what the rumour mill is churning out. 'Nah, aaisi koi baat nahi hai. (No, nothing like that),' comes a quick response when asked about it.

'Even in (New) Delhi, I was asked the same question. But there's nothing of the sort. I'm looking forward to the tournaments that are coming up. I'm doing my best to play for as long as possible. The World Cup and Olympics are there... we need to win medals... if I have to be a part of that the main thing is to keep myself free of injury and play my best,' he told The Bridge before boarding his Malaysia-bound flight. 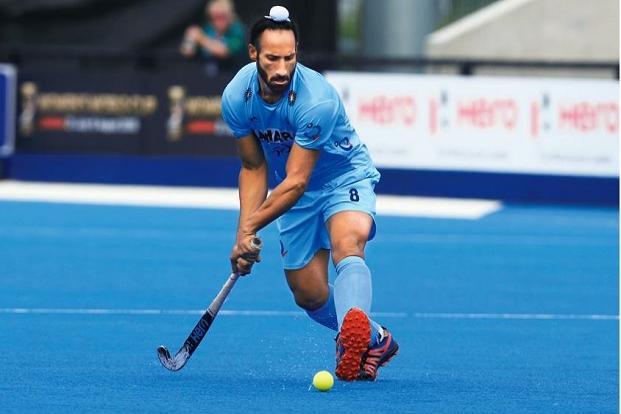 Sardar seems to have slowly fallen off the national team's radar over the past few years. Since Dutchman Sjoerd Marijne took over as the head coach of the men's side, the 31-year-old has struggled to find a place in the team. Though Marijne repeatedly suggested that decision was based on squad's rotation policy, sources say, it was to try out youngsters who would go well with the Dutchman's philosophy. But Sardar barely seems to be bothered with these developments. 'No, nothing of the sort,' he said when asked if he felt insecure after being dropped for the World League Final last year.

'Hockey has given me a lot and it's been 10 years. I want to keep myself fit as long as possible and play good hockey for my country. That's it. You have to do what is in your hands ' train well. You should take it in a positive way. When I started, my dream was to be like Teun de Nooijer and Jamie Dwyer. I used to watch them on TV. I was selected alongside them in the All-star teams of 2010-11 two times. You have won the best player's title at a major tournament. You have played against the best. You have won a lot of awards. After this, in the years ahead, keep yourself as fit as possible and play as well as you can. The coach decides after that.'

It's is this hard-working and ever-accommodating attitude that has made Sardar a vital cog in the Indian setup. In the last two years alone, the former skipper has played in all three outfield sections. While former coach Roelant Oltmans tried him as a forward, hoping that he would come in handy in the opponent's striking area, at the Rio Olympics he was back in his preferred position in the central midfield. But after being accused of slowing down the game, coupled with Manpreet Singh's growing stature, Sardar was furthered pushed down into a defender's role at the Asia Cup last year. 'It's been 10 years and I still don't know (what my position in the team is),' he says when asked the question. 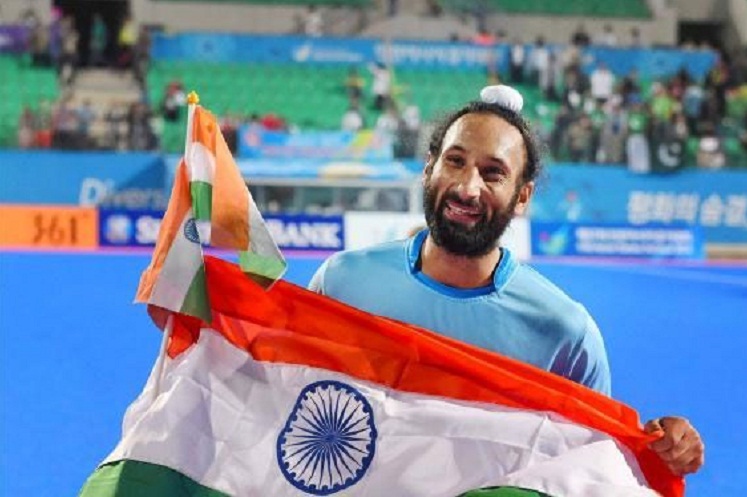 'In 2009-10 I played my best hockey, as a free man. Now I have a lot of experience playing in midfield, so I think that is better. Because there are players like Harmanpreet (Singh) and Rupinder (Pal Singh) behind me.'

At the Azlan Shah, he will be seen doing what he does the best, man the midfield and guide youngsters. And he was excited to be in the mix once again. 'It's great to be back. And I am looking forward to giving my best for the team,' he said.

Also read: Have always aimed for podium finishes and 2018 is no different: In conversation with the Indian Women's Hockey Team

'We have 3-4 debutants in the side. There is a responsibility on us. When I first walked into the team in 2006, it was the seniors who guided me and I have grateful to them for all their help. And now it's my turn. It's a natural process. It's my turn to give the youngsters everything that I received from my seniors. I have got a chance now to lead. Now with the help of experienced players we will try and deliver a good result.'

Is Azlan Shah Sardar's swansong or will we be seeing more of him as India beings their journey in this crucial year, only time can tell. But one thing is for certain, a certain Sardar Singh is not yet ready to take a step back and bid adieu to what he loves the most ' play hockey