Road to Tokyo 2020: How Indian table tennis stars can qualify for Olympics 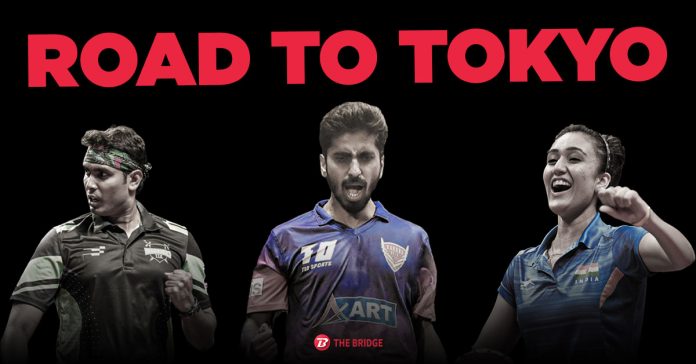 Table tennis has long been a sport with middling performances by Indians. We have won quite a few medals at the Commonwealth Games but had never really even been in the hunt at the much more competitive Asian Games. We have had representation at each of the eight Olympic Games featuring Table Tennis (the sport has been on the Olympic programme since 1988) but have generally lost in the early rounds.

However, the past couple of years have seen India make major strides in the sport. At the 2018 Commonwealth Games, India topped the medals tally for the first time securing 3 Golds and a total of 8 medals, with Manika Batra becoming the darling of the nation through her 4 medals and dual victories over the 3-time Olympic medallist and then World No. 4 Feng Tianwei. A few months later, India won their first Asian Games medals in the sport with both the Men’s Team and the Mixed Doubles combination of Manika and Achanta Sharath Kamal securing Bronze.

In 2019, while Manika has unfortunately failed to truly live up to the hype created by her in 2018, Sathiyan Gnanasekhran has moved from strength to strength becoming the first Indian ever to break into the top 25 of the World Rankings and reaching the last 16 of the Men’s World Cup, having topped his group over higher-ranked players in the first stage.

While an Olympic medal still seems a significant way away, India looks well positioned to qualify for the team event at the Olympics for the very first time.

But how can this qualification be achieved? Read on to find out.

First of all, Table Tennis at Tokyo will see competition in 5 events – Men’s Team, Women’s Team, Men’s Singles, Women’s Singles and Mixed Doubles. There will be no separate Men’s Doubles and Women’s Doubles events.

Both team events will see 16 teams, with each team composed of 3 players. A tie in the team event will consist of 5 matches – 4 singles and only 1 doubles – with each player required to play exactly 2 matches per tie, i.e., 1 player per team will play 2 singles while the other 2 players will both play 1 singles and the doubles.

First of all, the continental champions of all the 6 continents (in table tennis, North America and Latin America are treated as separate continents in the entire qualification process) qualified directly for Tokyo. These qualifiers are already known and turned out to be the exact same countries in both the men and women’s events – Germany, Egypt, China, Australia, USA and Brazil.

In addition, Japan has a direct entry to both the team events as the hosts.

The remaining 9 team spots in both events will be awarded at a single tournament – the World Team Qualification Event set to begin in Portugal from January 22. Thus, this tournament represents an excellent, and the only, chance for India to get a table tennis team into the Olympics. While our women at this event would be considered outsiders, the men will start as one of the favourites as the 5th highest-ranked team in the event behind South Korea, Chinese Taipei, Sweden and France. In comparison, the Indian women’s team will be the 17th highest-ranked team at the event.

The format of this world team qualifier will be a simple knockout, except that once 8 teams reach the quarter finals, all of them qualify for the Olympics and the QF, SF and the Final will not be played. Instead, the 8 teams losing in the round of 16 will enter a new knockout bracket with the winner becoming the final qualifier for Tokyo.

On the men’s side, the tournament has gotten 34 entries, which means the expected 5th seeds India will need to win 2 ties (round of 32 and round of 16) against lower-ranked opponents to punch their Tokyo ticket. The women’s tournament has gotten 30 entries, meaning that the women will also have to win 2 ties but both their ties are expected to be against higher-ranked nations.

Similar to the team events, one spot has been reserved first of all for the winners of the 6 continental qualifying events. However, unlike the team events, only the European Qualification has been decided so far in mixed doubles whereby Germany clinched their spot by winning Gold at 2019 European Games. Continental qualifiers for all other continents are still to be held, with the Asian Qualifier scheduled to begin on April 6.

4 Tokyo spots were awarded to the semi-finalists of the 2019 World Tour Grand Finals, which were won by China, Japan, Hong Kong and Chinese Taipei. The great news for India is that all these spots were won by Asian countries, which are now unlikely to participate in the Asian qualifier, thus significantly easing India’s path.

In singles, 2 spots per country are firstly reserved for every nation that qualifies for the team event. Beyond that, qualification will largely be attained at continental qualifiers. The Asian Qualifier, beginning on April 6, will offer 6 singles spots each for both men and women (with a maximum of 2 spots per country).

In case India is unable to qualify teams, Indian paddlers, especially Manika Batra, will greatly fancy their chances at the Asian Qualifier, with most of the Asian powerhouses expected to have already qualified full teams by then and thus not participating.

Further, between 2 and 8 spots per gender will be on offer at the Final World Singles Qualification Tournament in May, and a few spots will also be allocated based on World Rankings. The exact number of quotas available through these channels is not known yet and will depend on the number of players qualified for more than 1 event.

All in all, based on recent performances and rankings, India would be expected to qualify for the men’s team event in Tokyo, thus also enabling Sathiyan and Sharath to compete in the singles event. Manika would also be expected to qualify for the singles event, and will hopefully be able to team up with either Sathiyan or Sharath in the Mixed Doubles. Qualifying a second women singles player is also well within possibility, though qualifying a full women’s team is a tough ask.

Ace pistol shooter Abhishek Verma says maintaining focus and form till the Tokyo Olympics, postponed to next year due to the COVID-19 pandemic, will...
Read more
129,151FansLike
11,505FollowersFollow
6,986FollowersFollow 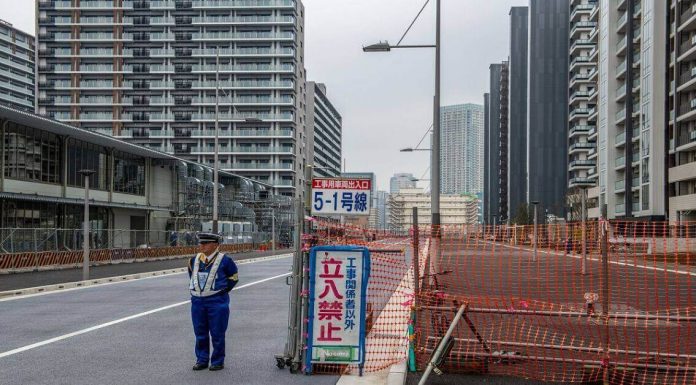 Press Trust of India - Modified date: April 3, 2020
The under-construction Athletes Village for the Tokyo Olympics could be used as a temporary hospital for cornoavirus patients. Tokyo Governor Yuriko Koike has been talking about the possibility of occupying the massive development on Tokyo Bay, which is to house up to 11,000 Olympic and...
Read more