Vicky Chahar was the first Indian wrestler to test positive for COVID-19. The Junior world medallist had shown slight symptoms of the virus after which got himself tested for the virus on August 13. Almost, two months down the line, he has recovered completely and has resumed his training in Delhi's Chattarsal Akhara, the academy which has produced some of the best wrestlers of the country, including Bajrang Punia, Deepak Punia and Ravi Dahiya, Sushil Kumar and Yogeshwar Dutt.

Over the years, Vicky has made steady progress on the wrestling mat and has risen through the ranks. It was in 2016, Vicky received his first breakthrough when he won the bronze medals at the Asian and World Championships in the sub-junior category. It was in the same year, he also bagged the gold medal in sub-junior nationals. 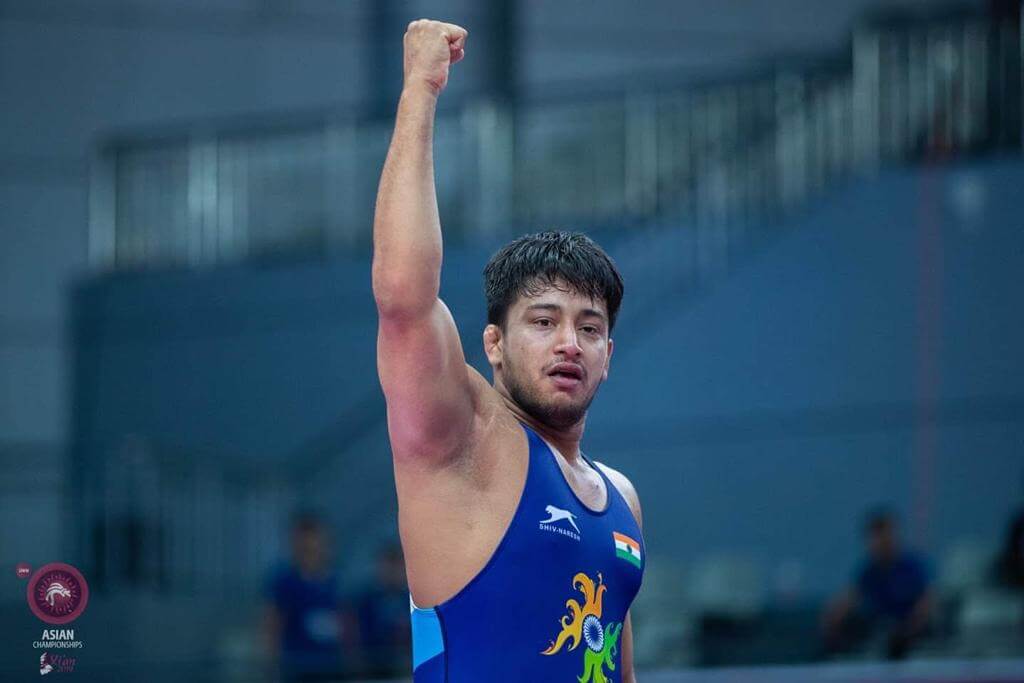 The 21-year-old wrestler from Jhajjar district in Haryana started his career in 2011, when he was 12. "My father and uncle were wrestlers but both of them couldn’t make it big because of there injuries and extreme poverty. However, farming turned out to be a good profession for our family and my father was determined to pass the legacy of wrestling to me. I started wrestling to fulfill my father's dream and I am confident of winning more medals for by nation," quips Vicky while speaking to The Bridge.

He used to take shower in a pond in his village and there was a mud Akhara near the pond where he started going to learn wrestling after his Father pushed him. In 2012, he shifted to Satya Akhara in Birdhana village, 14 km from his village. Till 2016, he used to wrestle on Dangal and the switch to the mat was challenging as he lost in the Haryana State trials and he didn’t have good training partners. However, his transition was quick and turned out to be quite effective with his medal-winning spree in the same year. Vicky (second from right) with his fellow teammates at the Asian Wrestling Championships 2019.

In 2018, he graduated to enter the Chattarsal akhara to train with the big guns and he is mentored by his idol, two-time Olympic medallist Sushil Kumar. Training at the academy has paid rich dividends for Vicky, who went on to win the silver medal in the Asian Wrestling Championships in Xi'an, China in 2019. The Asian Championships saw Indian grapplers win a flurry of medals - Bajrang Punia (65kg) had won gold, while Parveen Rana (79kg) got a silver medal and Satyawart Kadian (97kg) clinched bronze. Amit Dhankar (74kg) and Vicky Chahar (92kg) succumbed in the final and had to be satisfied with silver medals. Rahul Aware (61kg), Deepak Punia (86kg) and Sumit Malik (125kg) won their bronze-medal playoff matches to add to India's overall tally.

"The most important match of my life was the final of the Asian Championship last year. It was a big medal match and I fought against the best. It was a great learning experience for me, which I feel will help me in the journey forward," exclaims Vicky with a gesture of humility.

Vicky is happy to be back at his academy after recovering from COVID and spending time back at his home during the quarantine period. He has built a strong equation with his mentor and his compatriots Deepak Punia and Ravi Dahiya. "Sushil Sir is my coach. He invests a lot of time in me and motivates me. He is very friendly in nature and listen to our issues carefully. After all, his experience really matters," says Vicky.

The wrestler made a switch from 92 kg to 97 kg and ranks sixth in the world. He is putting a lot of effort into his transition by ensuring taking all nutritional requirement and weight training. Surprisingly, his father rides 90 km every day to Delhi from Jhajjar to bring him fresh milk.

Vicky is hopeful about qualifying to the Olympics in 2021 as soon as normalcy hits back and trials are conducted. He will have Mausam Khatri as his challenger in the weight category. However, he believes that this long-break could have a negative effect as they have been out of competitive wrestling for months.