Race to Tokyo 2020: How did India fare at World Championships in pre-Olympic year? 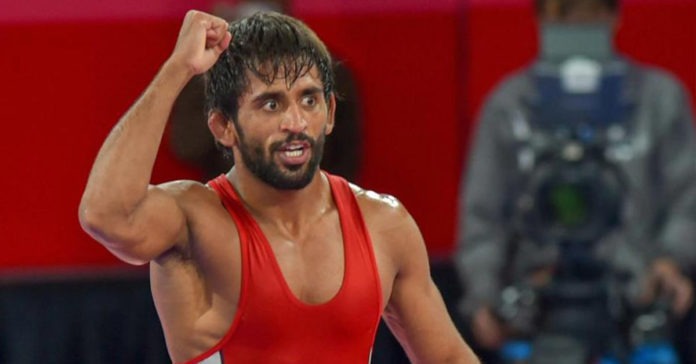 Just about 10 months remain for the 2020 Olympics in Japan and qualification spots have been the main talking point in the lead up to it. The pre-Olympic year is always a big year with a whole host of World Championships concluding for every sport.

It’s been a successful past few months for some of India’s medal hopefuls who have secured their place for Tokyo next year.

And that list obviously begins with Vinesh Phogat, the young wrestler. The Commonwealth and Asian Games champion became the first Indian wrestler to book her place at the recent World Wrestling Championships where she finished with a bronze medal in the 53 kg category.

Three other Indian wrestlers have also qualified for Tokyo having secured medals at the World Championships – Ravi Kumar Dahiya (57 kg), Bajrang Punia (65 kg) and Deepak Punia (86 kg). Vinesh at the moment is the only female wrestler to have qualified.

The country will be hoping its shooters are on target. The sport has always been one of the biggest medal hopes. India’s first and only individual gold medal so far came via shooting from Abhinav Bindra at the 2008 Beijing games.

Nine shooters are already through with some of the main contenders in the mix. Sanjeev Rajput is into the 50m Rifle Three Positions event on the men’s side with his showing at the ISSF World Cup in Rio de Janeiro where he won the Silver medal.

In the 10m Air Rifle, Divyansh Singh Panwar has booked his place with his Silver medal finish at the Beijing World Cup. He also took the Gold in the Mixed Team event at both the Beijing and Munich World Cups.

India will have two shooters in the 10m Air Pistol event where Saurabh Chaudhary and Abhishek Verma are through. Both Chaudhary and Verma will be among the favourites next year as they have been dominant in this year’s World Cups. In all four World Cups this year, one of the two has taken Gold.

Another event where India has two confirmed entrants already is the 10m Air Rifle on the women’s side. Anjum Moudgil and Apurvi Chandela will represent the country – at the 2018 World Championships Moudgil won the Silver while Chandela has bagged Gold at the Munich and New Delhi World Cups this year to boost her chances. Chandela’s score in New Delhi of 252.9 set the new World Record.

Rahi Sarnobat has qualified in the 25m Pistol event with her Gold winning effort at the Munich World Cup this year and Yashaswini Singh Deswal has qualified for the 10m Air Pistol event with her Gold medal-winning performance at Rio de Janeiro. Manu Bhaker, the youngest Indian to win Gold at a World Cup, is also through with a 4th place finish at the Munich World Cup.

The pairing of Manu Bhaker and Saurabh Chaudhary has also taken Gold at all four World Cups this year in the Mixed 10m Air Pistol event making them leading contenders for the Gold next year in Tokyo.

Commonwealth Games and Asian Games champion Neeraj Chopra is also expected to feature at the Summer Olympics in the Men’s Javelin. He is currently out of action and is recovering from surgery on his elbow in May. Chopra is expected to get back into training by the end of the year.

The Mixed 4x400m Relay team has also made it through for the same event at the Olympics in what will be a debut for the event. The team made the final at the recent World Championships in Doha which ensured they will be there in Tokyo.

The men’s Recurve team of Atanu Das, Pravin Ramesh Jadhav and Tarundeep Rai with their Silver at the 2019 World Archery Championships have assured themselves of a spot while the women archers have work to do.

The women had a surprising loss to Belarus while the men made the cut. They will have one last chance at the 2020 World Cup Stage 3 in Berlin.

Qualification for the boxing events for Indians at the 2020 Summer Olympics will be determined by the performances at the Continental Olympic Qualifying Tournament and at the World Olympic Qualification Tournament, both of which are scheduled to take place between January and May 2020.

At the Men’s World Championships held last month, Amit Panghal and Manish Kaushik bagged silver and bronze medals respectively while in the recently concluded women’s meet, as many as four boxers bagged medals. Manju Rani claimed the silver while Mary Kom, Jamuna Boro and Lovlina Borgohain all settled with bronze.

The quota-based events aside badminton will be a big hope for the Indian contingent. Badminton, tennis and golf are all based on rankings taken just before the start of the Olympics.

In singles, each country can enter a maximum of 2 players if both are ranked inside the top 16. Otherwise, they can get only one player in. It’s similar for the doubles, but instead of top 16, if a country has 2 pairs inside the top 8, they get two entries, otherwise just one.

As per the current rankings, India will get two athletes in the men’s singles and one in the women’s singles. World champion PV Sindhu will be the lone woman while Sai Praneeth and Sourabh Verma should be through as both are inside the top 16 currently.

India will also likely have two doubles teams, one each in the men’s and women’s. Satwiksairaj Rankireddy and Chirag Shetty are in the top 10 at the moment and should be a lock for the Olympics. Ashwini Ponnappa and Sikki Reddy on the women’s side are on a tightrope. They are currently ranked 14th in the race to Tokyo qualification.

Four months after the International Olympic Committee and officials in Japan postponed the Games amid soaring coronavirus infection rates and lockdowns across the world,...
Read more
Badminton

The Telangana government has allowed resumption of training in the state from August 5, clearing the way for country's top shuttlers to hit the...
Read more
132,384FansLike
12,719FollowersFollow
7,377FollowersFollow Press Trust of India - Modified date: July 31, 2020
Kerala Blasters goalkeeper Prabhsukhan Gill, who was part of the Indian team at 2017 U-17 FIFA World Cup, has put together various equipments and set up a "homemade gym" to stay fit during the coronavirus-forced lockdown. He said the "homemade gym" has helped him to...
Read more