When I put on my helmet, there is no difference between male & female | By Garima Avtar

I learnt driving at a very early age, and thanks to my father that I was able to get a hang of it. My dad always inspired me to participate in sports. He has been my role model. I developed a passion for adventure and music from him. There was no difference between a boy or girl in the way I was raised by him. I am thankful that he was so progressive. Now, I can really say that life has taken its course from small beginnings to many significant achievements and a lot of credit goes to my dad.

Unfortunately for me, when I started my career in motorsports, he was not alive to see me excel. You would rather be surprised to know that my entry into the field of motorsports happened just by a stroke of luck. But once I took part in my first rally, I loved the experience and didn't look back after that. I realised that this was my calling in life. Motorsports has taught me so much. It has taught me both integrity and perseverance, something that matters even more than the craft, in the long run. It fostered tremendous confidence in me when I won laurels in my category. See, many would say that motorsports of all forms are still too male-dominated for women to pursue, but things have changed a lot over the years, and increasingly women have proved that they can compete with the men. When you put your helmet on, you won't feel the difference between being a male or a female, because the sportsman spirit and passion is the same. There are categories, where you have to compete with the men as well.

Initially, there were no separate categories for women, but with the passage of time, these categories have been segregated. Women's participation has seen rapid progress in motorsports. Besides racing, my interest in cars had also opened the gateway for me to do automobile journalism. Motorsports is a very demanding sport, mentally as well as physically. Overcoming challenges and proving your ability to compete and do well makes one beam with confidence. But thankfully, I have been successful to win the admiration of all due to my hard work and determination to succeed. I started off very late in my life when I was in my early 30s. I never felt that my age hampered my progress. So what I am over 40? I still participate actively in rallying and have done very well against much younger competitors.

The sport can be quite intimidating, but it is all about having the right will and the strong desire to listen to your calling in life at whatever age you are in. If we talk about myself, I never planned or predicted it. I think most of the fun things in life, especially those that you cherish are the ones you come across accidentally and spontaneously.

It is important to maintain a good regime to keep your mental and physical strength in balance and to train and become competent. I think if one sincerely works hard towards honing one’s skills and invest in professional training, the quality of performance increases. I have spent countless early mornings, hot and dusty hours, sweating inside a racing suit, learning the nuances of rallying and followed an extremely strict and well-planned fitness regime. Besides, I was also passionate about how the rally cars were built and spent time in garages understanding the engineering behind it. This not only helped me gain more confidence but I also earned so much respect from my peers. While the rigours of training strengthened my physical and mental fitness, meditation helped me in calming the mind and increasing focus and concentration which is so important during the race.

I kick-started my journey as part of Team Mahindra driving time speed distance format rallies. After I entered the world of extreme rallies, I won a few laurels in that format. It is the real test of grit and guts of a driver. A lot of training goes into harnessing your fast reflexes and speed. Extreme rallying brings out newer challenges and requires more nuanced training. 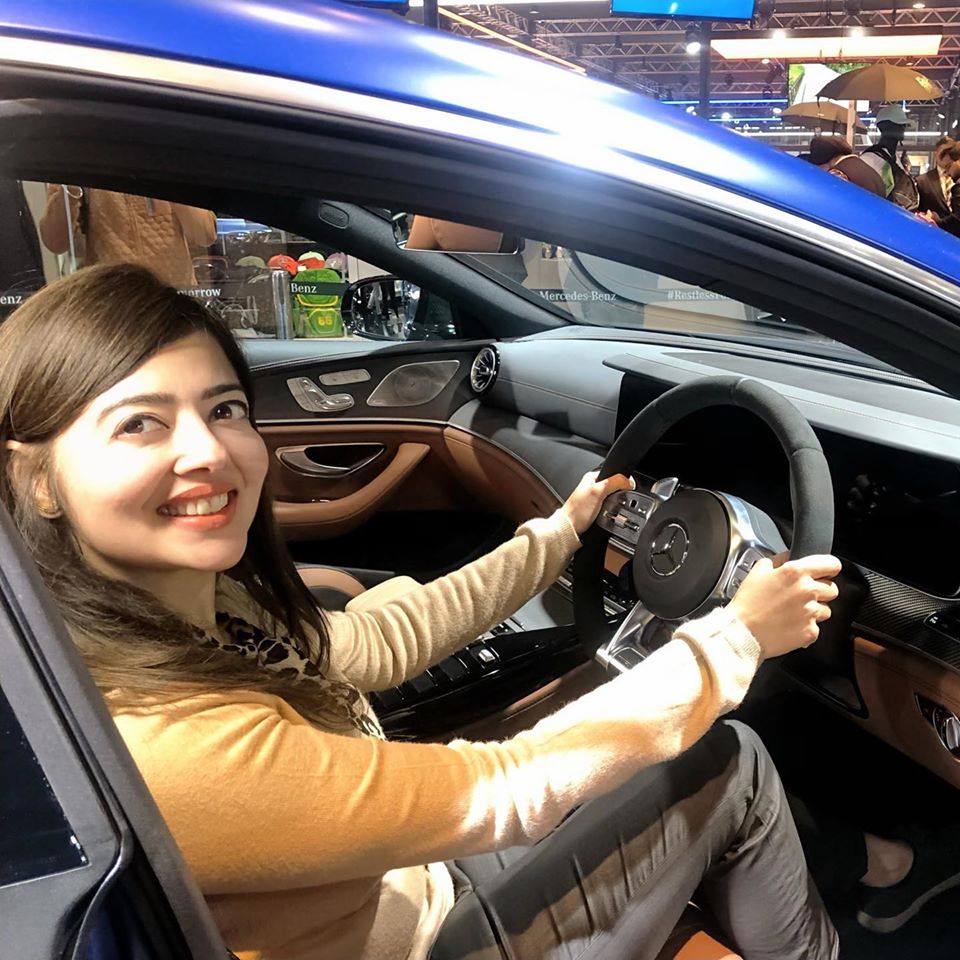 You know, it might be a daunting sport for a few but the most important thing that I have learnt is resilience. Be it simple racing or rallying, it is believed that motorsports can be dangerous and drivers do it mostly at their own risk. But what should I fear? Because these days racing has become too safe. We use various safety gears and then, racing regulations are very strict. So, unless the car is safety-equipped in all ways and complies with the safety standards set by Federation International De Automobile (FIA), the cars will not even pass the scrutiny. And if I talk about the costumes, inners, or the helmet, they also have to be approved by the FIA.

I believe that the process of training and learning is continuous. I have also been training in drifting. Last year, I had gone to Dubai to train in drifting as a rookie. This year, I took further trying in amateur drifting from Birmingham, London. People are often surprised when I introduce myself as a rally car racing driver. They are surprised more so because I look delicate and not muscular as generally perceived about a male-dominated sport. But in motorsports, mental strength matters more than the physical strength. It is only the sheer grit and determination to go forward despite the challenges.