Sports in the Indian circuit witnessed a miraculous phenomenon when the Indian Premier League was inducted. The cash-rich extravaganza offered lucrative deals to many a young talent who use to ply their trade in the domestic circuit in a moderate wage. All of a sudden, the IPL became an integral part of the cricket calendar, a two-month league which promised to be a life changer for many cricketers.

The many Leagues of India

Harsha Bhogle is one of the most respected sports journalists in our nation and has witnessed the ups and downs of the game. But his tweet proved that he wants India to excel in other sports too. The fact that some of the Kabaddi player bought by the respective teams earned more than some of the cricketers in the Indian Premier League enthralled the veteran. But, most of the credit definitely goes to the Indian Premier League which started back in 2008!

Isn't it wonderful to see some kabaddi players getting higher prices than some cricketers. Just shows how an indigenous sport can be built up. What next? Kho-kho? My vote for volleyball.

The IPL style leagues soon started to dominate other sports too, with the Premier Badminton League grabbing the limelight soon after that. The Indian Super League saw the entry of many world-class footballers flocking to the country including foreign coaches and support staff. But only a handful would have thought that a franchise based Kabaddi league would be introduced in the country. Not only was it started, but it took the nation by storm!

Manu Goyat may have never dreamt a few years back of bagging a 1.51 crores contract, as it happened during the 2018 Pro Kabaddi League auction on Wednesday evening. He thus became the most expensive player in the history of PKL. Rahul Chaudhari was not far behind, who fetched a whopping 1.29 crores for his services in the upcoming event, while Diwas Niwas Hooda was sold to Jaipur Pink Panthers for 1.15 crores.

The fee may not be on par with those offered to the top paid cricketers in the IPL as because Cricket is most followed sport in India and also attracts attention like no other. For example, Sreevats Goswami who has been playing in the IPL circuit for a long time was offered only 1 crores by Sunrisers Hyderabad for the recently concluded season in which they finished runners-up behind Chennai Super Kings.

But, it is clearly ahead of the Premier Badminton League in terms of money offered. Last year, Delhi-born Prannoy Kumar was roped in for a sum of rupees 62 lakhs by Ahmedabad Smash Masters making him the most expensive player that season. On the other hand, Awadh Warriors bought Kidambi Srikanth for an amount of 56.1 lakhs. The Indian Super League has been a revolution in Indian football and has contributed enormously to popularise the sport in our cricket-crazy nation. Defender Anas Edathodika and Eugenson Lygndoh’s services were secured for a total of 1.1 crores each by Jamshedpur FC and ATK respectively for the 2017-18 seasons.  Still, Manu Goyat will be richer by 50 lakhs by the end of the season than the most expensive footballer in the country! It’s a huge achievement for Kabaddi!

Monetary aspects is not solely responsible for the success of an event, the viewership is also of utmost importance. The PKL has never disappointed in grabbing eyeballs in front of the Television sets, reaching unprecedented landmarks last season. According to the reports of BARC (Broadcast Audience Research Council), PKL garnered 316 million viewers during the last edition in August 2017, which was 237 million counts more than what India- Sri-Lanka cricket series accumulated which was being broadcasted simultaneously on the STAR Network.

All said and done, efforts must be made to promote other neglected sports in our country too. Table Tennis is a sport which India needs to vest its interest, especially after the paddlers’ successful display at the 2018 Gold Coast Commonwealth Games. Although Ultimate Table Tennis started its journey last year, it is yet to hog the limelight compared to its competitors.

The Hockey India League was started in 2013 and was an instant success, but it was scrapped for the 2018 edition. The revival of the league should be of utmost importance. A similar thing happened to the much-hyped International Premier Tennis League which started in 2014.

Harsha Bhogle predicts that a league on Volleyball may soon follow; similar initiatives must also be taken in Basketball and other disciplines which India lack in. Hopefully, India would become a global powerhouse in sports in the future days!

“Life Outside the Lines” is a new weekly column in collaboration with one of India’s promising Gen Next player, Mukund Sasikumar. With candid honesty,...
Read more
130,734FansLike
12,113FollowersFollow
7,142FollowersFollow 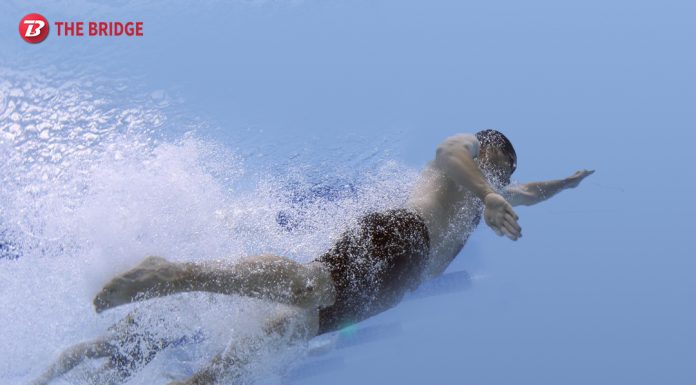